Labour Council, Greenpeace and Friends of the earth sign Charter for Clean Air

Despite the government's lack of action, Oxford City Council working with Greenpeace and Friends of the Earth show local Labour governments can make a real difference to tackle air pollution. Cllr Tom Hayes will be speaking at our clean air fringe event at Labour conference. Find out more here 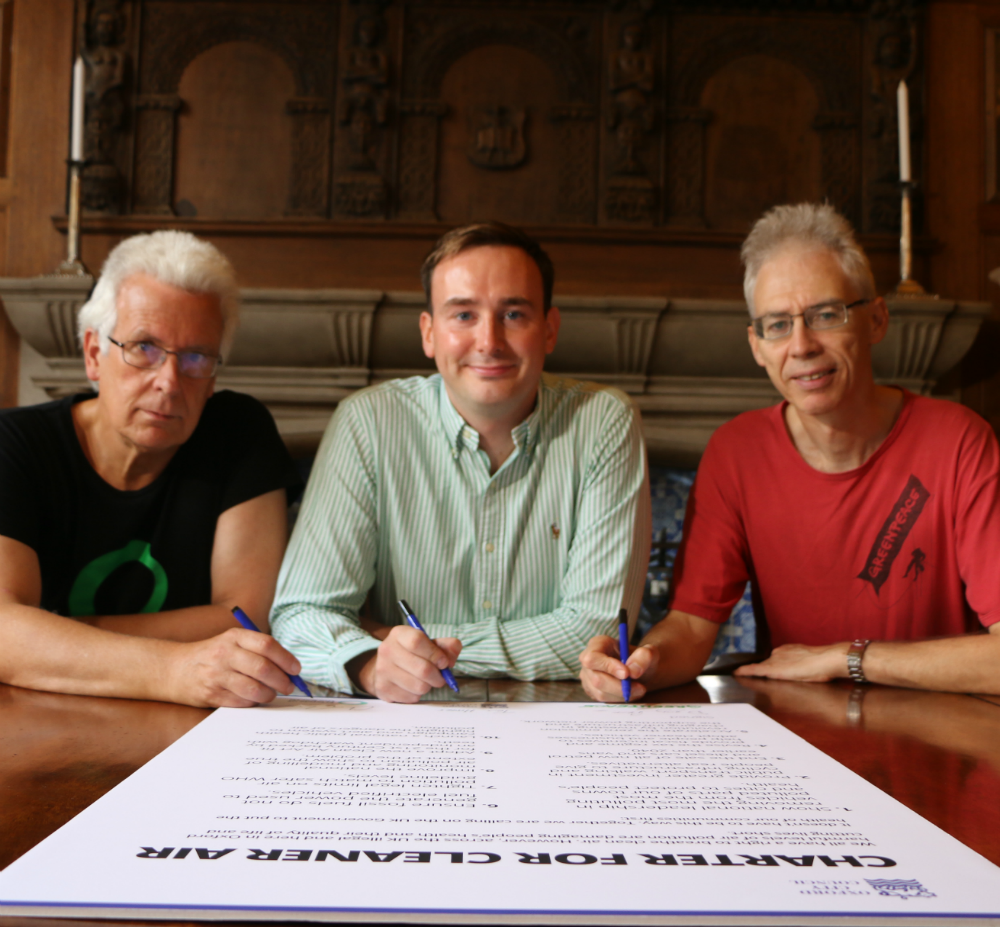 We all have a right to breathe clean air. However, illegal and harmful levels of air pollution are damaging people’s quality of life and cutting lives short. The poorer and more disadvantaged people in our country are disproportionately affected, facing shortened lives and lifelong health problems.

That’s wrong and we need action by the Government to bring pollution down to the lowest and safest possible legal limits. Instead we have a Government falling short of its legal responsibilities, failing to deliver air quality that protects human health.

A strong campaign for cleaner air is underway and we need to continue putting this Government under pressure to take action. That’s why my council, Oxford City Council, has joined with Greenpeace UK and Friends of the Earth (England, Wales and Northern Ireland) in the first formal cooperation of its kind between a local authority and world-leading campaigning organisations.

A new charter for cleaner air, created by Oxford City Council, and co-signed by Greenpeace and Friends of the Earth, has just been launched to call on the Government to place the health of communities first. We’re also encouraging other local authorities to join with us. Greenpeace and Friends of the Earth are mobilising their local campaigning groups around the country to lobby their own local councils and mayors to follow Oxford’s lead, take on our charter, and with our shared voice, call for ten crucial changes from Government to protect human health.

The problem isn’t that life is unfair, the problem is we have a broken idea of fairness. Inequality isn’t inevitable, it’s a choice we make as a society, and that’s the case whether we turn to income or pay, wealth or health. It’s the case when we talk about air pollution. We need to end pollution’s chokehold on those with respiratory and cardiovascular diseases, protect the health of everyone from the womb to older age, and transform national policies that force children born this year to face another ten years of poor air quality.

It doesn’t have to be this way. Government can—and should—choose to place the health of our communities first. But they won’t until more of us call on our local authorities to follow Oxford’s example and sign up to the Charter for Cleaner Air.

More information on the Cleaner Air Charter here: https://www.oxford.gov.uk/oxfordcleaneraircharter. If you would like your local authority or mayor to join Oxford City Council, Friends of the Earth (England, Wales, and Northern Ireland), and Greenpeace UK, in calling for these changes, please contact [email protected].