Will Labour Rise to the Farming Challenge? 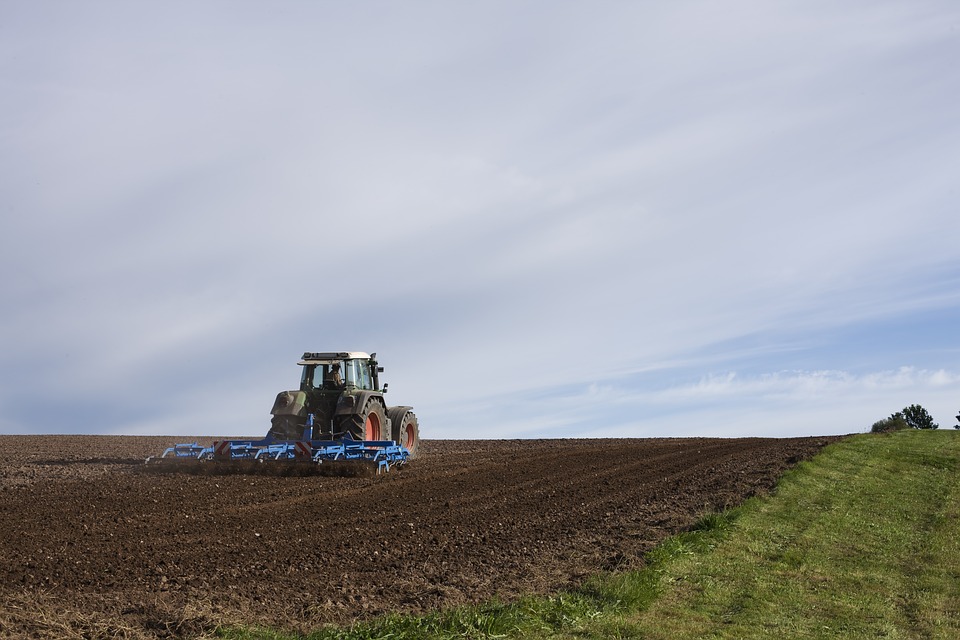 Suddenly everyone in the media is an expert on chlorine-washed chicken and how big landowners harvest huge European farm subsidies. Brexit has a lot to answer for and getting food and farming issues onto the public consciousness is one of them. That’s a good thing.

We have major upheavals ahead for farming: new trade rules; the design of a whole new farm support regime; and huge shifts in food and farming rules (as well as for fisheries) as we leave the European regulatory systems on issues such as pesticide use, food labelling and meat inspections. Public and media attention will be high.

The challenges are not small but, as some of us reluctantly have had to admit, there is a real opportunity here. As Kerry McCarthy MP argued in a SERA article last year, we need a “long-term vision for our food and farming industry, and a comprehensive strategy to improve our food sovereignty, protect our environment and promote healthy, affordable diets”.

Brexit means we could decide to support all food producers to produce sustainably as well as ensure fair treatment of food workers whilst ensuring healthy, sustainably and humanely produced food is available and affordable to all.

That’s what we should aim for: the Brexit prize. But getting there from here will be difficult, especially with a farming community of many small businesses, partially represented in government by big players, and remote from consumers.

The economic, environment and health challenge

Farm incomes are consistently low in all four regions whilst the food industry makes large profits. We have lots thousands of farm businesses and a recent Campaign for the Protection of Rural England (CPRE) report highlighted the huge risks to farm diversity, which has a significant impact on rural communities and on our country landscape.

Wildlife and the environment are in trouble. Pockets of great practice exist (organic, pasture fed schemes, conservation based farming), but many species are in decline, including vital pollinators. Pollution levels are up, our ‘natural capital’ is being depleted and farming is a major source of avoidable greenhouse gas emissions. UK farm animal welfare is heavily compromised by low prices and an increase in mega farms.

Of course, some of the more harmful elements of the European agriculture policy that either contributed to or failed to correct these problems have been reformed since the 90s. But there is much more that must be done.

We could and should also use farm policy to support public health. Obesity, diabetes and other indicators of poor food diets have significant economic as well as personal costs. Ideally a new farm support system would increase production of the good stuff like fresh and sustainably produced fruit and vegetables and wholegrain food, and would remove incentives for production of junk.

European and national standards that have kept us relatively safe – from meat inspections to baby food to pesticide licensing – need to be strengthened across the board and not lost in the Brexit process or via trade deals.

This is a key moment for Labour to engage its members in debate and address the issues. The short (and almost last) chapter in Labour’s Manifesto on farming was welcome, as were the wider commitments to protect environmental, worker and consumer rights. It was encouraging to see a strong pledge to ensure farm support for smaller traders, local economies, community benefits and sustainable practices.

Commitments to reinstate the Agriculture Wages Board in England to protect workers, and to expand the role of the Groceries Code Adjudicator to protect farmers, were also spot on. Many of these demands match those of Sustain - an alliance of 94 organisations with a combined public membership of millions. Our briefing ‘Beyond 2020: New farm policy’ outlines an integrated new farm policy framework.

Labour will need to marshall all its resources and generate huge public demand for these commitments as the government rapidly launches new legislation.

Three crucial legislative bombs are about to land. The first, the European Union (withdrawal) Bill, could contain major problems for protecting the environment and human health. Many allies are joining the call for important EU principles and standards to be retained; that any future changes are made only with proper democratic oversight; and that food, farming and fishing stability is secured through the rocky Brexit process. Several significant UK food industry bodies agree – including those representing thousands of SMEs – saying that they would like the regulatory framework to stay as it is, at least in the medium term.

Second is the thorny issue of trade deals and the democratic deficit they pose. Labour should be calling for comprehensive Parliamentary and civil society oversight built into the new Trade Bill and in any new deals the UK might make. The risk – as illustrated by the TTIP and CETA negotiations – is that behind closed doors Liam Fox will surrender UK food and safety regulations to win finance or manufacturing deals.

In Opposition, Labour needs a strong public voice on transparency and high standards for the Trade Bill, to ensure trade deals are based on public need, not corporate or investment interest.

Thirdly, there is a chance that the new Agriculture Bill will be a place-holder without the detail of a whole new farm support scheme. The Government has promised to keep the current system (c.£3.3bn) until 2022 but the Bill might set a transition period after leaving the EU to establish a new farm policy after 2022. If the plan is to define the new policy and subsidy regime in the Bill, then consultation will need to be completed at a breakneck pace.

Given that the devolved administrations have made it clear they want all this to be devolved responsibility – which makes sense as they know better than Westminster what they need their farm system to look like – there is a huge, complicated process ahead.

What ‘public goods’ would Labour prioritise in such a scheme? And what safeguards will Labour support to avoid major farm amalgamations? Enterprising new entrants into farming encounter overpriced land, a lack of financial and other support, and an inadequately regulated food supply chain. Will Labour improve their chances?

It is clear that the economics of farming must shift. The market will matter more than ever and value made at the consumer end needs to flow far more to farmers and workers at the production end. Better regulation of the supply chain should ensure that farmers can protect nature and animals and could help end the misery of low wages for farm and food workers.

With or without Brexit, we needed a better food and farm system. But Brexit makes it all the more vital that regulation ensures the value in the food system goes where it is needed. Equally, we must resist utterly any deals that flood us with cheap, unethically produced food from across the globe.

Many ideas and proposals are appearing, suggesting new farm policy for the future. Labour must assess these and listen to farmers and the public – both rural and urban – on what they think is important. Polling suggests that the electorate do still believe farmers should be publicly supported. And we should ignore those who say consumers just buy on price - it’s far, far more complicated than that.

Food and farming is rarely an election issue unless a crisis or food scare looms. But we all have to eat and we all need our countryside, water, soil and wildlife to be well looked after. Labour must prioritise this in the weeks and months ahead, and will have many allies in doing so.

Vicki Hird is Farm Campaign Coordinator at Sustain, the alliance for better food and farming. She tweets at @vickihird 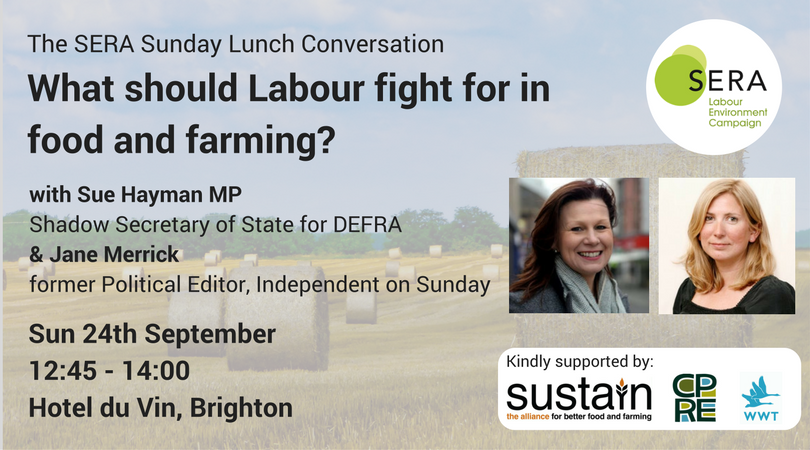 Sustain, along with the Campaign for the Protection of Rural England and the Wildfowl and Wetlands Trust, are supporting an event at Labour Party Conference on the future of food and farming with Sue Hayman, Shadow Secretary for DEFRA. To find out more about this event, click here