This article was originally published in SERA's Summer 2019 edition of New Ground. Jake Sumner is SERA's Co-Chair, in this article he argues that following Parliament's declaration of an environment and climate emergency in May 2019, we need a Climate Emergency Spending Review to achieve the urgent and rapid response our planet needs. 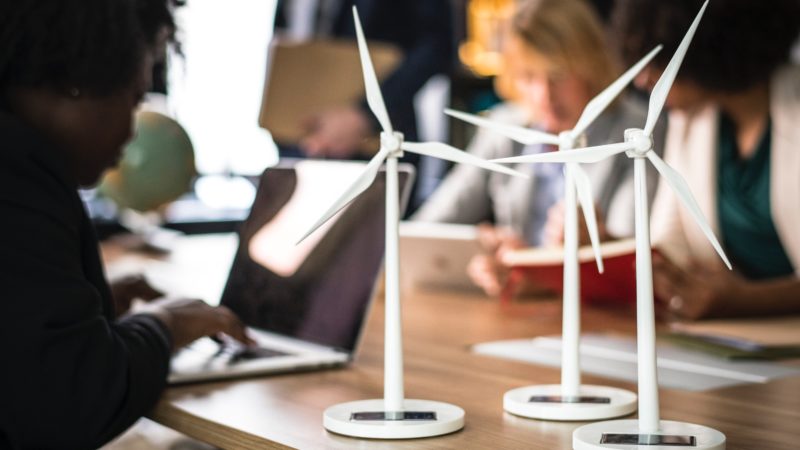 Could 2019 be the watershed year for climate action, marking our awakening? For our sakes, it must.

Greta Thunberg’s compelling voice and her fellow school protestors, the activities of Extinction Rebellion, the BBC’s climate film, the Committee on Climate Change’s (CCC) report on 2050 net zero and Parliament’s legislating for it, local councils declaring a climate emergency and Labour’s pushing Parliament to do the same, have all made clear: we must ‘tell the truth’ on the climate emergency.

However, although awareness is greater than ever, the response is not. Climate complacency is manifest. If we can look back this year and say, ‘we got it’, we need clear markers of action. Here are five:

Currently, the UK won’t meet its fourth and fifth carbon budgets. The fourth begins in 2023. Alongside, the Intergovernmental Panel on Climate Change said we’ve a decade to act. The Government is conducting a Spending Review and an autumn Budget. At what point will these address carbon budgets and the changes required? To cite a Chinese proverb, when is the best time to plant a tree? Twenty years ago. The second-best time? Today. A Climate Emergency Spending Review (CESR) is needed now.

It tests the new Government’s seriousness regarding our greatest existential crisis. While we’ve seen announcements for a rumoured election and billions for a no-deal Brexit, the climate emergency is ignored. To use a WWII analogy, it’s akin to not rearming as war loomed.

Labour representatives, unions and environmental and civil society groups should push for a CESR. If there is an election it can form a centre-piece of a manifesto, underpinning Labour’s ambitious programme. A CESR would set the country up for the global climate talks in December and the UK’s bid to hold these next year.

What would a CESR entail? A Spending Review assesses all spending, taxes and programmes and sets priorities ahead. A CESR would put this through a carbon reduction lens and support a rapid move to decarbonisation and net zero. It would create much-needed coherence across government policy. Little government spending has a climate change priority. In contrast, 25% of the proposed EU budget for 2021-27 will be climate-related.

Ministers say UK emissions have fallen more than elsewhere. They have but mainly due to the phasing out of coal. Gas emissions are largely static, oil’s are rising, and transport’s haven’t reduced since the 1990s. The rate of reduction is also slowing; last year was the smallest in six years. Too many policies are causing climate harm. Export support backs fossil fuels, such as funding an oil refinery in Bahrain. Why is it not focused on the green transition? Special rules enable fracking while other policies prevent onshore wind, the cheapest energy. Shockingly, Ministers want to increase VAT from 5% to 20% on home solar-battery systems but not coal. There are countless similar examples.

Leadership shows the way elsewhere. Around half of new car sales in Norway are fully electric, for the UK it’s around 2%. Norway also plans all short-haul domestic flights to be electric by 2040.

As the public sector’s largest carbon emitter and a huge producer of waste, the NHS estate can be greened with trees planted - an ‘NHS forest’ - and renewable energy for ambulances to hospitals. Let’s us remember that increasing deaths and health conditions are attributable to toxic air.

Shadow Chancellor, John McDonald, has said how the financial system can be greened. Labour’s National Education service would underpin a green skills transformation. Retrofitting millions of homes would boost energy efficiency and a Sustainable Investment Board would support the green transformation. Others have good ideas too, including the Green Alliance outlining the benefits of resource efficiency. A CESR would cover every sector, greening transport to homes, energy to agriculture, industrial production to consumer products.

It’s includes the environmental emergency too. We can re-green Britain, replanting forests and put people at the heart. For every child born and every person taking a citizenship ceremony, let’s plant a tree, signalling a connection to our natural world and building roots for our future.

People are at the heart of the challenges ahead. There must be ongoing public discussion. Change can’t be to people but with people, underpinning an ongoing mandate for action.

This requires leadership. The Prime Minister, should lead a ‘climate conversation’, bringing together the Cabinet, National Governments, Labour and opposition leaders and local leaders in a landmark step. It would show every administration has a role and an ongoing conversation is needed in every community, as Camden has with its Climate People’s Assembly. Next year’s city-mayor elections, covering 17 million people, can accelerate the conversation.

As the CCC has outlined, moving to zero net carbon is achievable, but it requires systemic change everywhere. However, too often climate discussions, especially in the media, are framed through individual choices. This neo-liberal individualist frame lets government and business off the hook and overlooks the systemic change needed. Too often individual green choices are not easy or affordable. Incentives and regulations can change this. It’s why there’s been a huge take-up of electric cars in Norway.

The consequences of choices must also be addressed. A Bath University study showed that the health impacts of a car driving in an inner-city area is £16,000 over the car’s lifetime, which is a £650m cost in London per annum. This excludes the carbon cost. So, should a product which contributes to climate or health costs have to factor these in, for example should there be a premium on a home built that is not zero carbon instead of the other way around?

We must act to avoid the climate consequences, but a zero-carbon economy shouldn’t just be an obligation, we should seek to secure it anyway as it brings many benefits - lower utility bills, affordable-to-run homes, cheaper travel, mobility, improved health, saved lives, economic resilience, new industries, skilled well-paid jobs and community investment.

The benefits of the transition must target the ‘left behind’. Labour Leader, Jeremy Corbyn, signalled this at the Durham Miners Gala, committing to “Power Up the North” through Labour’s Green Industrial Revolution.

Ambitious environmentalism is the way to tackle deep inequalities. It provides a national story and optimistic future. As John McDonald said, it can bring the country together.

The changes require the broadest coalition and to accelerate the 2050 net zero target. Some say the economic system requires a complete change. It does. But, countering the problems of capitalism has taken decades from the creating of unions, welfare state and employment rights. Climate change action cannot wait for the ‘ideologically pure’ system. The climate battle must take place now, using the tools we have like a Spending Review, as well as seeking to remake systems.

It means building the widest coalition and Labour having the widest appeal, as my co-chair Melanie Smallman and former leader Ed Miliband have argued. Labour needs to be in government, to lead change in the UK and internationally, and to build the coalition to counter climate destroyers from President Trump to Argentinian President Bolosanaro. By torching the Amazon, he threatens all our futures. It’s a global battle to ensure this doesn’t happen. While 2019 could be the year we finally awoke to the climate crisis, we face some of the toughest battles ahead.

Our moment must be seized. As a banner at the climate protests said: “The greatest threat the planet faces is the belief that someone else will save it.” A red-green, Labour voice is needed more than ever to champion a people-based, coalition for a sustained, at scale, rapid response to secure a net zero economy.