May's Damning Silence on Brexit and the Environment

As the Prime Minister ignores the environment in her Brexit priorities, green groups now face the fight of our lives 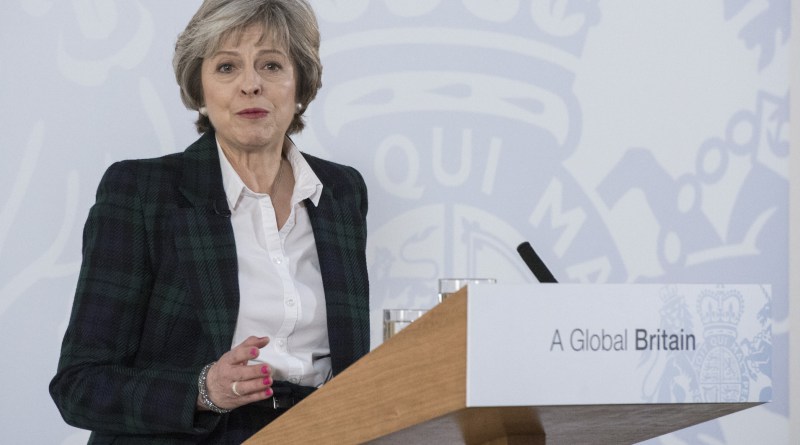 Yesterday (Tuesday 17th January 2017) was meant to be Theresa May’s big day. After months of silence on the Government’s plans for Brexit, the Prime Minister would finally show her hand and explain what she had in mind when she said “Brexit means Brexit”.

With the Government’s 12 priorities, May set out the case for her post-Brexit “Global Britain”. Yet for all her talk of a “profoundly internationalist” Britain - one which had voted “to embrace the world’, it was what the speech didn’t mention that spoke volumes about the Conservatives’ priorities.

Besides one scant mention of energy, the environment was ignored. There was no mention of climate change, no mention of environmental protections, no mention of air pollution - all vitally important topics intrinsically linked to our position in Europe. Nor was there any mention of the low carbon economy and how the UK was going to compete in world with these industries of the future.

How can you present a vision of 'A Global Britain' yet completely ignore some of the greatest challenges – and biggest opportunities - facing the globe?

Challenges such as air quality can't be solved without working closely with partners across Europe; pollution doesn't respect national borders. The environmental impact of products for and from our biggest trading partner will still be significant post-Brexit. Britain will be no less affected by and no less responsible for climate change after Brexit. But by abandoning environment principles, our role leading European climate ambition will likely be lost. By staying silent, we risk walking away from years of hard-earned progress, and saying that we now don't care, as well as loosing the important ground we have gained in low carbon industries – the biggest growth sector during the last economic downturn.

The Government will of course dismiss these arguments, claiming instead that the UK’s role as an environmental leader in Europe is implicit in an ‘internationalist’ Britain and that environmental regulation will be protected through the “acquisition” - the body of existing EU law, into British law. But the constitutional arrangements for simply transposing EU legislation are far from clear. Even if enacted, it would be easy for the Government, with its Commons majority, to chip away at them, small amendment by small amendment. Furthermore, if Britain is committed to the environment, then why wasn’t it mentioned alongside crime and terrorism or science and innovation in the Prime Minister’s speech? And what signal does this silence send to the industries that we will rely upon to provide the homegrown jobs of the future?

By ignoring the environment, and staying silent on issues that will affect every single one of us, Theresa May has made worryingly clear her priorities. Why should green businesses invest in growth, or even stay in the UK, if there’s no support from the government at a time of such turmoil? And how will the environment even feature in the future trade negotiations, when leaders such as Trump appear to put even less value on our planet’s future?

While Brexit presents many unknown threats to the economy and livelihood of people across Britain, it is clear that for the environment and for Britain’s low-carbon industries Theresa May’s proposals for Brexit present an existential crisis. Everything that SERA and the wider environment movement has fought so hard for over the past 40 years is at stake, along with our chances of developing a strong, low-carbon economy for the future. We cannot let this happen on our watch. Over the next few months we will be asking environmental groups and low carbon industries across the UK to join us in fighting to keep our environmental laws.

This is the fight of our lives, for the sake of our planet.