"LABOUR MUST PRESENT A POSITIVE AND INNOVATIVE VISION FOR AGRICULTURE WHICH IS SUSTAINABLE, HEALTHY AND WORKS FOR ALL” - KERRY MCCARTHY MP

Kerry McCarthy, Labour MP for Bristol East since 2005, member of the EFRA and EAC Select Committees, and Chair of the APPG on Agroecology, writes for SERA on the importance of the upcoming Agricultural Bill in determining the shape of the UK’s food and farming policy after Brexit. 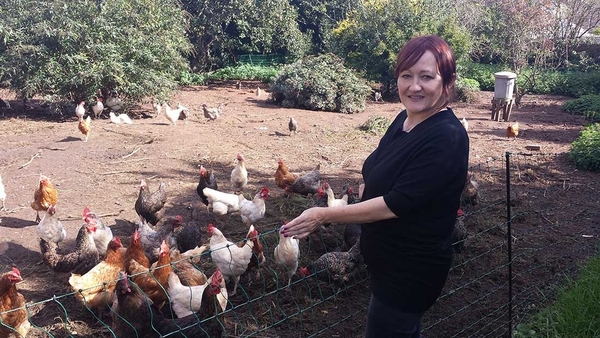 On the 8th of May Defra closed its consultation on the long-awaited and much-delayed Command Paper - ‘Health and Harmony: the Future of Farming and the Environment in a Green Brexit’. This will be followed by the Agriculture Bill, which will (most probably) be published in September before it makes its way through Parliament.

Previously, the UK’s agricultural sector has been subject to the EU’s Common Agricultural Policy. This ‘CAP' uses nearly 40% of the EU’s total budget and primarily pays farmers according to the amount of actively farmed land they own. This has allowed wealthy estate owners to net hundreds of thousands of pounds, with just 20% of farmers receiving 80% of the subsidies. Relatively few environmental protections have been subsidised, let alone realised, and there has been a surge in environmentally damaging industrial farming practices.

In light of this, it’s undeniable that Brexit – no matter which way you voted - represents a once in a generation opportunity to re-write the UK’s food and farming policy.

There is broad agreement that the new policy regime should operate on the principle of ‘public money for public goods’, in which subsidies are given to farmers for the delivery of a range of environmentally and socially beneficial outcomes. This should include physical aspects of the farm itself, including soil, air and water quality, food production, animal welfare, reduced energy usage, protection of wildlife and biodiversity and climate change mitigation and adaptation. However, goods provided in the farm’s wider context are just as important: quality seasonal and permanent work, training and education opportunities, support for new entrants in farming, supply chains with local businesses and farm shops and support for innovation in areas such as agroforestry, vertical farms and precision farming.

Supporting the provision of food that is nutritious, healthy and sustainable for the public is another public good which has been severely neglected in previous agricultural policies. Despite ‘health’ being included in the title of the Command Paper, it is barely mentioned. Under CAP the growing of fruits, vegetables, nuts and pulses have received little to no subsidies despite making up 40% of the food on our plate, being ignored in favour of huge subsidies for livestock, dairy and cereal production.

The Agricultural Bill shouldn’t just seek to transform farming practices; it should also transform the wider food system and the diets of the British public. Indeed, Michael Gove has acknowledged this, and will be bringing forward a Government food policy later this year; he has signalled a willingness to support a more interventionist approach, in a bid to combat childhood obesity, the rise in Type 2 diabetes and other public health problems associated with poor diets. There are a range of policies that would help achieve this goal, such as or extending the healthy start scheme which provides vouchers for low income families to buy fruit and vegetables, backing holiday hunger schemes, and using the power of the £2.4 billion p.a. public procurement sector when it comes to purchasing healthier food (as well as to support local, organic or family-owned farms).

However, whilst it is important to aim high and push for our ideal Bill ‘wish-lists’, it is crucial that we don’t let the rug be pulled out from under us, and our existing standards and safeguards be taken away. The Government must not be allowed to strike trade deals that would flood that UK with cheap, potentially dangerous foods such as chlorinated chicken and hormone-injected beef, that have been produced in countries with lower or non-existent environmental and animal welfare protections. Not only would this put the public’s health at risk, it would undercut the high-welfare quality food produced by UK farmers. Similarly, the use of pesticides must be better regulated and vastly reduced, and we need to end the routine use of antibiotics in farming. Continuing the status quo for either of these threatens to cause huge environmental harm further down the line.

The transformation of the food and farming sectors go hand in hand, and I for one see a huge and exciting opportunity to create a system, from scratch, which is truly sustainable, healthy and works for all. There is too much at stake for Labour to take a backseat role with the Agricultural Bill, and I look forward to us presenting a positive vision for a sustainable agricultural sector when the Bill is presented to Parliament.