It might grab the headlines, but the Government’s Clean Air Plan is nowhere near strong enough to tackle this public health crisis. 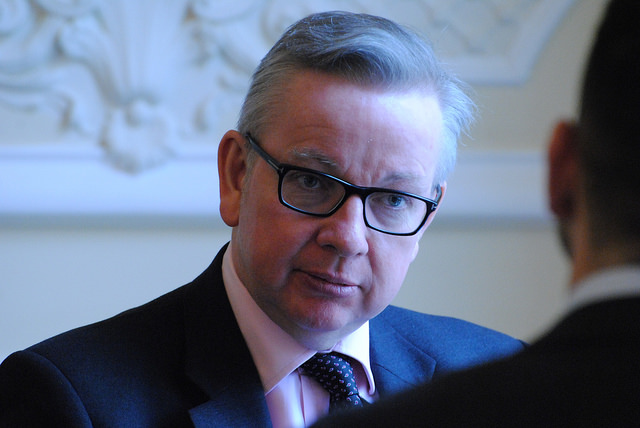 Gove’s green honeymoon is over. Over the last few weeks he’s attempted to woo environmental campaigners with talk of everything from the mythical ‘Green Brexit’ to his environmental on-trend reading list. But with the publication of the Government’s latest Clean Air Plan, the green curtain has begun to fall from this Wizard of Oz.

For all the plan’s splash-worthy announcements, Gove, like his many predecessors before him, has passed the buck on air quality – and in doing so has condemned thousands to air pollution’s ill-effects.

It’s worth remembering how we got into this position. Listening to Gove talk last week, you’d be led to believe that air pollution was all the EU’s fault, as the Environment Secretary railed against EU’s ‘weak’ handling of diesel emissions. It’s environmental policy, he claimed was captured by ‘producer interests who put their selfish agenda ahead of the common good’.

The reality? This plan is a direct result of EU clean air regulation, combined with the work of activists and campaigners, and it has taken legal action to force any progress on the subject in the UK. The Tories have been taken to court three times over their woefully inadequate plans, each time told that action must be stronger. Far from leading on the subject, this Government has done everything in its power to postpone action or publication.

Their lawyers might want to dust off their wigs again. After months of delays, legal wrangling and bluster, the plan has finally been published – and it’s just not good enough.

It’s big announcement – the banning of new diesel and petrol cars by 2040 – sounded good, for sure – but its main impact is the headlines it grabbed today. 2040 is so distant in the future that it’s likely all new cars will already be hybrid or electric – Volvo of course has announced it would stop production of diesel and petrol cars by 2019, a full 21 years before the UK ban. The plan isn't even new - the 2040 date was in the Government's 2040 plan...published in 2011!

If Gove wants to see real leadership – he only needs to look internationally: India, the Netherlands are both considering bans before 2030, whilst from 2025 diesel cars will be banned from Paris, Athens, Madrid and Mexico City. And with up to 40,000 deaths per year linked to pollution – every year of inaction matters.

As for action now, rather than take the national effort so desperately needed, it passes the buck to local councils. DEFRA’s own technical report showed that mandatory clean air zones, which stop the dirtiest diesel vehicles entering the most polluted parts of the town/city would be the most effective solution to tackle air pollution. Yet they are excluded from the plan.

Instead, it’s left up to councils to consider charging zones as an option – but only once all other options are exhausted. This move will not only delay action on the most effective tool for cutting emissions, it abandons responsibility for a national health emergency (nearly 60% of the UK’s population are exposes to illegal levels of pollution) turning the issue into a toxic political issue for already beleaguered local authorities.

With action up to individual towns and cities, this plan will simply drive polluting cars from one spot to another. With no consistent action nationwide, councils will have to make the difficult decision between how quickly they improve air quality and competing with other local towns and cities to attract business or shoppers. With a piecemeal, micro-management approach – including the focus on individual roads – how can we be sure that action in one community doesn’t simply counteract work elsewhere? Neither traffic, nor pollution, is fixed – and could easily just be shunted from one area to another.

Even if this localized response could work, where is the money to support action? As per usual with these announcements, most of the money touted has already been pledged, with pledges recycled and repackaged.  The ‘£1.2bn for cycling and walking’ appears to be the Cycling and Walking Investment Strategy, announced in April, with the £1bn for low emission vehicles also recycled.

The absence of specific funding for much-needed diesel scrappage schemes makes urgent action near impossible. Those least able to switch are often those most affected by air pollution, as an Imperial College study showed in 2015 – without support to switch to cleaner transport, they will again suffer the most.  The fact that more ambitious scrappage schemes were previously mooted and discussed says a lot about the government’s true desire to lead on air quality.

For all its bold headlines, it’s clear that this government is once again abandoning its legal and moral duties to protect public health. It’s up to us as campaigners, constituents and citizens to continue to demand the real action we so desperately need.