Anna McMorrin MP is the Labour MP for Cardiff North and a former adviser to the Welsh Government. She's written for SERA on her trip to the Arctic with the Environment Audit Committee, where she witnessed the melting sea and land ice and increased rainfall due to 1 degree of global warming. Anna's article originally featured in SERA's Winter 2018 edition of New Ground. 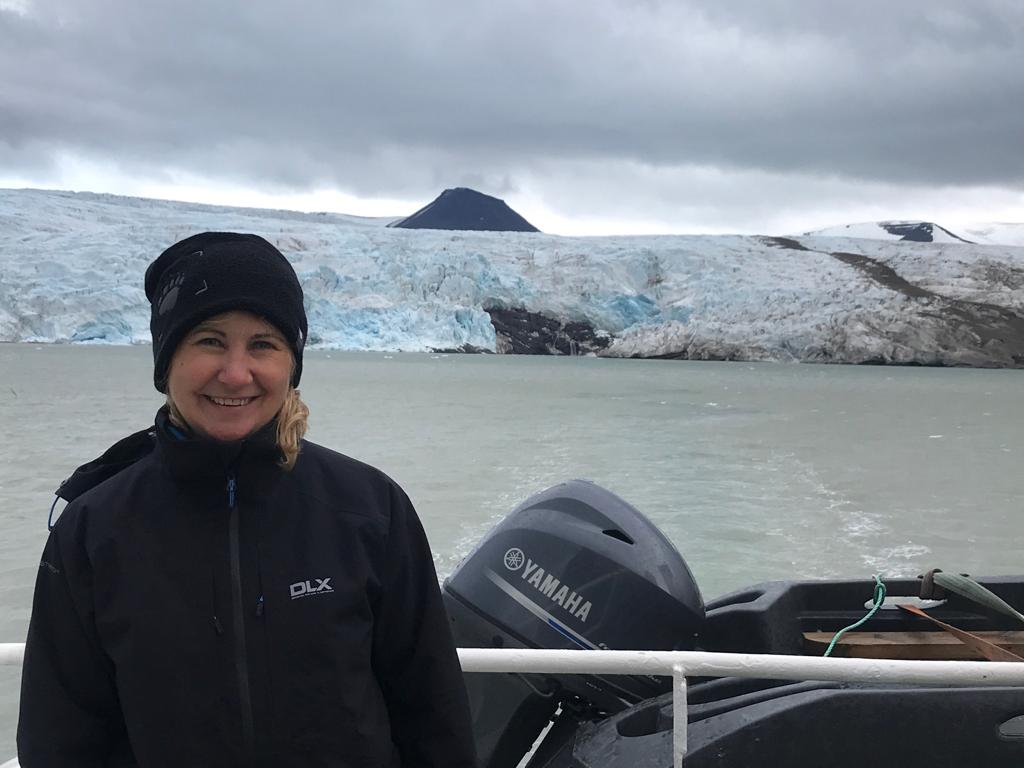 The distressing images of the wild fires in California shows the tragic human cost of climate change. The rapid warming of our planet is making these once rare events far more frequent and far more dangerous. This may seem distant from our own lives but we are learning to our own cost that changes across the world have major implications on us. In recent months we have seen extreme and varied weather patterns here in the UK from the extended summer heatwave to extreme flooding and sea level rise.

And our world scientists are giving us stark warnings to act now before it’s too late. With atmospheric carbon dioxide hitting a level not seen for 3.5 million years it’s clear that unprecedented action is called for.

On a recent research trip to the Arctic with the Environmental Audit Select Committee, I saw firsthand the melting sea and land ice and increased rainfall due to 1°C of global warming. The warnings of further global warming are clear that climate change is a significant risk to our environment, our communities, our people and our planet.

This year marks 10 years since the UK Climate Change Act - a legally binding piece of legislation that commits the UK to reduce greenhouse gas emissions by 80 percent of the 1990 value by 2050. I’m proud that I played a small part in helping get this on the statute books but am very concerned that ten years on we still have a long way to go. This wasn’t just a target to improve our planet. It was to save our planet. Whilst some progress has been made, global emissions continue to rise and are approaching dangerous levels. And we continue to see a lack of political leadership and direction. Not one mention of climate change in the 2018 Autumn Budget. No response to the Intergovernmental Panel on Climate Change (IPCC) Special Report to limit Global Warming to 1.5 °C. No plan for the future.

Instead of taking the difficult decisions the U.K. Government sold off the Green Investment Bank, scrapped the Department for Energy and Climate Change and new low-carbon investment is now lower than when they took office. Their failure to invest in a groundbreaking Tidal Lagoon project is symptomatic of a Government that fails to see tackling climate change as a priority. Repeatedly cutting subsidies and support for tried and tested renewable technologies like solar and wind, put jobs and new projects at risk. Instead of investing in renewables, the UK Government has instead decided to press ahead with fracking, even allowing it in our National Parks. The UK is now on course to miss its carbon reduction targets and a legally binding 15 percent renewable target by 2020.

In Wales, we have worked hard to take action but more can be done. The Welsh Labour Government has placed sustainable development at the heart of government and public services, and has pledged for the Welsh public sector to be carbon neutral by 2030.  The Welsh Cabinet Secretary for Environment and Rural Affairs, Lesley Griffiths, has also said that she wants to see an 80 percent reduction of emissions against the agreed baseline. In comparison the UK Government has set the target at 2050, whilst Wales wants to lead the way by bringing this forward by two decades. But we need clear action that leads to definitive outcomes at every level of our communities and governments.

It is time for the UK Government to stop going around in circles and face up to the imminent risks and take climate change seriously. If we are to meet our Paris Climate Change Agreement we need a clear strategy which includes targets. Climate action must be an integral part of our economic growth strategy from top down and bottom up. We should not only be ensuring fair subsidies for renewable energy technologies, including onshore wind and solar, but we should also be empowering our communities to take action. Hardwiring the ability for our communities to be responsible and sustainable and rooting climate action in everything we do

To survive, we need rapid change and the ten-year anniversary of the Climate Change Act serves as the perfect opportunity for this. It is the biggest issue of our generation. Our response will define us for generations to come. The question is, will the Government seize one of the last chances we have to save our planet? The proof will be whether our grandchildren will be able to look back at this and see the same world we currently live in.