Andy Burnham MP, Labour's Candidate for Mayor of Greater Manchester writes about his plans to tackle air pollution, and why the government must act to save lives now. 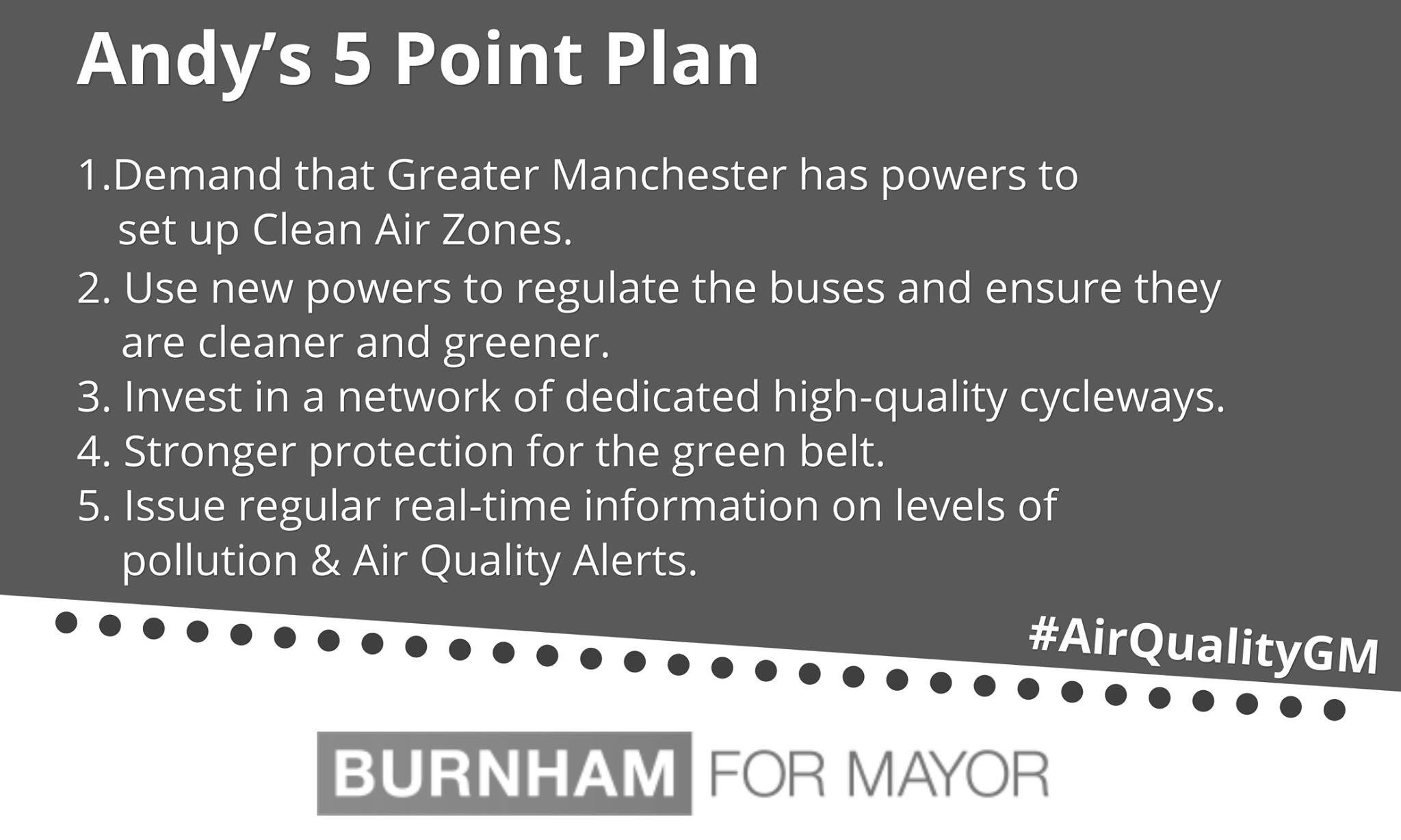 When the Beatles played the Ardwick Theatre, now the Apollo, in Manchester they were photographed wearing masks to protect them against smog.

You might think air quality had improved but the polluting factories of 1965 have been replaced by congested traffic which is becoming the scourge of our region – damaging business, health and the quality of life.

When I visited a primary school in Greater Manchester the level of dangerous pollutants was more than twice what it should legally be.

It is on one of the main routes into Manchester where the noise and pollution caused by traffic is so bad that staff cannot open its windows. The school has had to install air conditioning to protect the lungs of its children.

One pupil told me that when he’s playing football on the fields at the back of the school the traffic noise is so loud that he can’t hear the instructions of the coach. Others said how they regularly had to use an inhaler.

Every day young children are breathing in harmful amounts of nitrogen dioxide.The main effect of breathing in unsafe levels of the colourless gas is the increased risk of respiratory problems. Experts say nitrogen dioxide inflames the lining of the lungs, and can cause wheezing, coughing, colds, flu and bronchitis, as well as more serious health problems.

Greater Manchester has been in breach of its legal limits for Nitrogen Dioxide every year since 2011. Figures I have obtained show that last year 64,000 people – 14,000 of them children under the age of four – were admitted to hospital with respiratory problems.

One of my priorities as Mayor will be to introduce a Clean Air Action Plan. We can only improve air quality by cutting traffic congestion. So I will re-regulate our buses using powers demanded by Labour council leaders in Greater Manchester as part of the devolution deal and introduce more dedicated cycle-ways.

I have written to the Prime Minister, Theresa May, to remind her how in the last decade Government action on tobacco led to a sustained reduction in the number of people smoking and in all likelihood saved tens of thousands of lives. Now is the time for a similar, sustained campaign to combat the effects of an equally dangerous pollutant.