Claudia Beamish MSP is the Scottish Labour Spokesperson on Climate Change. She tweets at @Claudiabeamish. This article originally featured in the Summer 2019 issue of New Ground, SERA's bi-annual magzine, exclusive to our members. Here Claudia outlines how Scottish Labour are leading the way in tackling the climate emergency. 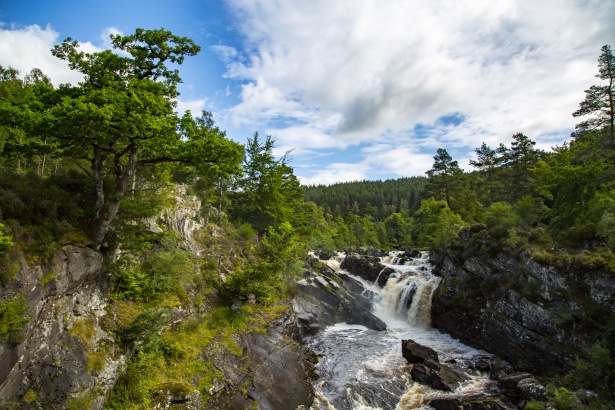 The declaration of the climate and environment emergency shows us the reality of what we face, a significant but necessary challenge, but one that could hold inordinate positivity for our collective future.

It is becoming ever clearer that this emergency requires a role of all of us – government, parliament, the public and private sectors, trade unions, communities, and citizens. And our response must be driven by a red-green perspective, locking in social justice to a green revolution for our economy and society.

And a change has come. Momentum on climate change action has grown exponentially, becoming the defining spirit of this period of humanity’s story. In fact, Sir David Attenborough recently stated people now view chucking plastic into the ocean as an insult, after his 20 years of campaigning.

The door for ideas on sustainability, climate change action, whole system change for the sake of our planet - has swung wide open.
Scottish Labour is playing a vital role here in the Scottish Parliament – ensuring climate justice, inter-generational justice and the just transition are at the heart of everything the Bill sets out to achieve; at the core of our long term action on climate change.

This is in part thanks to engaging with inspiring activists and their tirelessly campaigning. Many of my colleagues have joined the school strikes and seen the power of young people demanding we protect the future. And I was delighted to share a platform with Extinction Rebellion, and to visit their peaceful protest outside the Parliament along with Richard Leonard. We support their call for a Citizen’s Assembly on climate change, which could be especially useful when the Scottish Government revisits the Climate Change Plan to better align policy with our renewed ambition on long term targets. However, in our parliamentary democracy, I am clear elected politicians must be inspired and focussed by this, not bound its recommendations.

I am proud to say that Scottish Labour has been ahead of the curve, as over a year ago we committed to a setting a target of net zero emissions, where the SNP Government were too timid. Originally, we set a target for net zero emissions by 2050 at the latest, but we are unafraid to listen to experts, and the developing science and research published since has shifted us on to 2045, which I am delighted to say will be set in the Climate Change Bill.

My amendments on climate justice have had a positive reception, and I am encouraged that the SNP Government may concede on these areas. We know that those who did the least to cause global temperature rise are the people that will feel its effects first and worst, and we must do all we can to limit that damage and support the global south in their own transformation. I want to see the principles of climate justice set into our legislation, protecting human rights, international development goals, democratic decision making, gender equality, the just transition, future generations, and acting proportionately to Scotland’s historic contribution to global emissions. This is a long and fundamentally important list for labour movement action.

I also want better recognition of international development, including explicit reference to Sustainable Development Goals, a commitment to sharing technology and knowledge with the global south, and calculating Scotland’s fair and safe carbon budget with all these factors accounted for.

We also absolutely need climate justice here in Scotland. From the beginning of considering my party’s response to the Climate Change Bill, I knew a Just Transition Commission would be a vital accompaniment to any ambitious long term target.

I have been working together with the Just Transition Partnership, formed by Friends of the Earth Scotland and the STUC in 2016, whose membership now also includes Unite Scotland, UNISON Scotland, UCU Scotland, CWU Scotland, PCS Scotland and WWF Scotland.
It is quite hard for me to understand the SNP reluctance to support my amendments to on this.

Environmental and social policies should be mutually reinforcing, and Labour has a major role to play in ensuring the right balance between its internationalist and moral responsibility, and the appropriate route for Scottish workers and communities. Ultimately, we need this shift to be guided by those in the industry, those in the unions, and those with the expertise.

The SNP Just Transition Commission, established after significant pressure from my party, is a step in the right direction, but it simply does not go far enough. It is not statutory, it is not independent from Government, but most droll of all – it has a lifespan of three years. This shows a complete misunderstanding of the concerns of our affected communities and workers. We need the just transition to be at the forefront of decision making for as long as our economy is shifting.

When most think of the just transition, it is the North Sea issue that comes to mind. This is fundamental, and those workers and communities deserve a proper industrial strategy. But the just transition must be for all sectors – supporting our agriculture industry, reinvigorating Scottish manufacturing and remanufacturing, and bringing everyone along with us. I will not ease up pressure on the Scottish Government to reconsider this ahead of the final stage of the Bill this Autumn.

Scottish Labour is also robustly committed to banning Onshore fracking in Scotland. I have a private members bill proposal which will be used if appropriate to enshrined this in legislation. The best way forward may well be in policy and the Scottish government has agreed to my amendment in a debate on this issue to put it into the Forthcoming Scottish policy planning framework that there will not be onshore fracking in Scotland. This is right for our climate and our environment and to protect our communities. It is imperative that there is not a new, dirty,transition fuel, when we are developing the green jobs revolution which will bring real sustainable jobs in energy and energy efficiency across Scotland.

There is also, of course, an Environment Emergency.

Changes in our environment are so often interlinked and need a holistic approach, and our biodiversity and ecosystems are also in a state of crisis. In Scotland, 1 in 11 species are threatened with extinction. The Scottish Government’s record is shameful – meeting only 7 out of 20 of our biodiversity targets with just over a year to go until the 2020 target deadline.
It is disappointing given the scale of this issue that the First Minister couldn’t offer any commitment to plan for accelerated action on biodiversity beyond 2020. An example I have been contacted about by a number of constituents is concern over the record low number of salmon in our rivers. It is shocking to think that we are jeopardising one of Scotland most iconic species.

Biodiversity deserves the same collective action and energy as we have recently seen on climate change.

There are many challenges, and I am certainly kept busy as Scottish Labour’s Spokesperson on Climate Change, Environment, and Land Reform. We have had successes; from protecting kelp from commercial extraction, preserving this source of blue carbon and enhancing our wider marine environment; to keeping the forestry as an arms-length body, preserving the valuable knowledge and expertise of existing staff and protecting it from misgivings about the centralisation and even possible future privatisation of forestry under the SNP Government.

And looking to the future, so many of these issues need the labour movement perspective. We need a more just approach to Scottish land ownership. For Labour, land reform is about community and empowerment to take more control over their economic, social and environmental destiny. It is about the public interest. It is also about the balance of power shifting from the few to the many, and the opportunity and wealth that can flow from ownership of one of our most fundamental assets—our land—being shared more equally among our people.

Better land justice will bring a raft of opportunities for more sustainable land management. This could vastly improve the protection of our peatlands, which remain at risk with a lack of data held on them and a confused system not fit for purpose, despite my efforts in the recent Planning Bill.

Different patterns of land ownership could also help the shift away from the overly vast driven grouse moors and the irresponsible action by some land managers, which leads to serious environmental harm in some of Scotland’s most beautiful wild spaces. Community ownership has been proven to bring sustainable development in the public interest and Scottish Labour is supportive of radical action enabling local communities and biodiversity to to thrive together instead of a fifth of Scotland being managed as a playground for the rich to pay big money to come and shot for fun! Driven grouse moors must be bound by robust criteria and I await the findings of the Scottish Government commissioned Wherrity Report with interest.

It is thrilling and a challenge to us all that the climate and environment emergency has come to receive due recognition here in Scotland.

In Labour’s vision, this means opportunity to offer a credible strategy and positive, radical change, and it is to our advantage to work with Labour colleagues on this vision across the whole of the UK.