Paul Brannen MEP investigates the role that the construction industry - and wooden houses  - could have on the air we breathe. 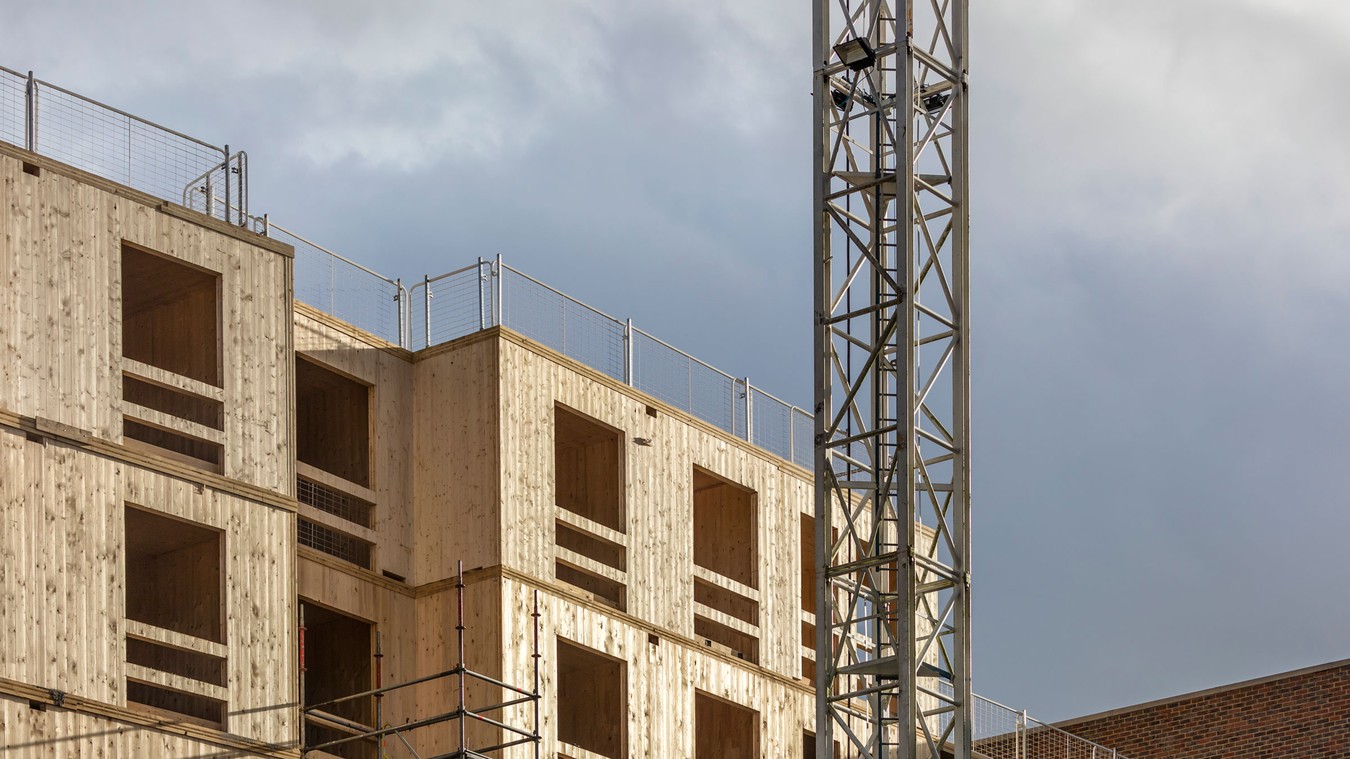 Dalston Lane in Hackney, the largest wooden building in the world. Image from Waugh Thistleton waughthistleton.com/dalston-lane/

Recent worrying statistics show that every person living in London is breathing air that exceeds World Health Organisation (WHO) limits for one of the most dangerous toxic particles known as PM2.5. Not only that, but according to the research nearly 95% of the capital’s population live in areas that exceed this limit by a shocking 50% or even more.

London is unfortunately only one of the many major cities across the world where air quality isn’t just poor, but completely unacceptable.  Take Hong Kong for example, where levels of cancer-causing pollutants have exceeded WHO standards for over 15 years, rising to more than five times acceptable levels at its peak.

This is in part due to wear and tear on vehicle tyres and the resulting release of micro particles of rubber into the atmosphere. There are around 32 million cars in the UK along with a steadily growing number of heavy goods vehicles (HGVs) that further exacerbate the problem of air quality. But a shift to building high rise in timber would see lighter materials replacing heavier materials - steel and concrete - with a resulting 80% reduction in HGVs to construction sites.

The world’s largest (not tallest) wooden building was recently completed this year in Hackney, London designed by the architects Waugh and Thistleton. The ten-storey, 121-unit development is made entirely of wood, from the external, party and core walls, through to the floors and stairs, weighing only a fifth of a concrete building of this size. This project required 2,000 tons of timber and had it been built in concrete, it would have required 12,000 tons of it. This translates into 750 deliveries into the city, whereas for the Hackney building less than 100 trucks were enough.

The world’s tallest wooden building can be found in Vancouver – this is an 18-storey tower which took less than 70 days (four months earlier than expected) to build using prefabricated components. But Vienna is set to take the title soon with the HoHo buildingcurrently under construction and set to reach to 24-storeys.  Staggeringly an 80-storey wooden sky scraper, the Oakwood Tower, has been proposed as an extension to the Barbican housing estate – second only to the Shard in height on the London skyline.

This extraordinary leap upwards is possible due to the arrival of Cross Laminated Timber. CLT has the structural strength of steel and concrete while being 70% lighter. Unlike regular lumber, it can be used structurally in very large and tall buildings and unlike concrete and steel – whose manufacture is responsible for 11% of global CO2 emissions – CLT doesn’t create carbon but sequesters it. The more we can make things out of wood, referred to at an EU level as ‘harvested wood products’, then the more carbon will be sequestrated. Therefore the increase in use of CLT when building high rises is an essential element of our growing sustainable bioeconomy and will help tackle the huge issues we are facing regarding climate change.

More building in wood will also mean increasing our forestry cover which will do our country a world of good as only 13% of the UK – and just 10% of England – is covered by trees, against an average in the rest of Europe of almost 40%. There are jobs to be had in planting trees and in managing woodland and forestry puts twice as much money into the local economy as sheep farming. While we wait for them to grow we can walk in them, ride in them and relax in them.

Forests have proven health benefits both mental and physical. Then, when they have grown, we need to maximize their use which is where house-building hugely extends the storing of carbon way beyond the growing span of the tree; 40 years growing, 80 years or more in a timber-framed house.

Currently I am actively campaigning for three new forests in my constituency, the North East of England with two of them being urban fringe, which have the added benefit of making urban sprawl less likely i.e. turn the Greenbelt into a Forestbelt.

There is a strong case for the UK leading the way in building in wood and, with it, the fight against climate change.  There are numerous benefits from it and now is a good time to remind ourselves that building more in wood would also result in better air quality.

Paul Brennan is a Labour MEP for the North East of England & is Labour's EU spokesperson on agriculture, forestry & construction in wood. He tweets at @PaulBrannenNE