Our waste, our resources: Labour's Shadow Minister for Waste & Recycling responds to the Government's Waste Strategy

In December 2018 the Government published its long awaited waste and recycling strategy including its ambitions and proposals to tackle plastic waste. England's household recycling rate has stalled at around 44% since 2011. Compare this to Labour controlled Wales where the recycling rate is 62.7%. Experts believe the UK is likely to miss its target of recycling 50% of household rubbish by 2020. Labour Shadow Minister for Waste & Recycling Sandy Martin MP responds to the Government's plans. 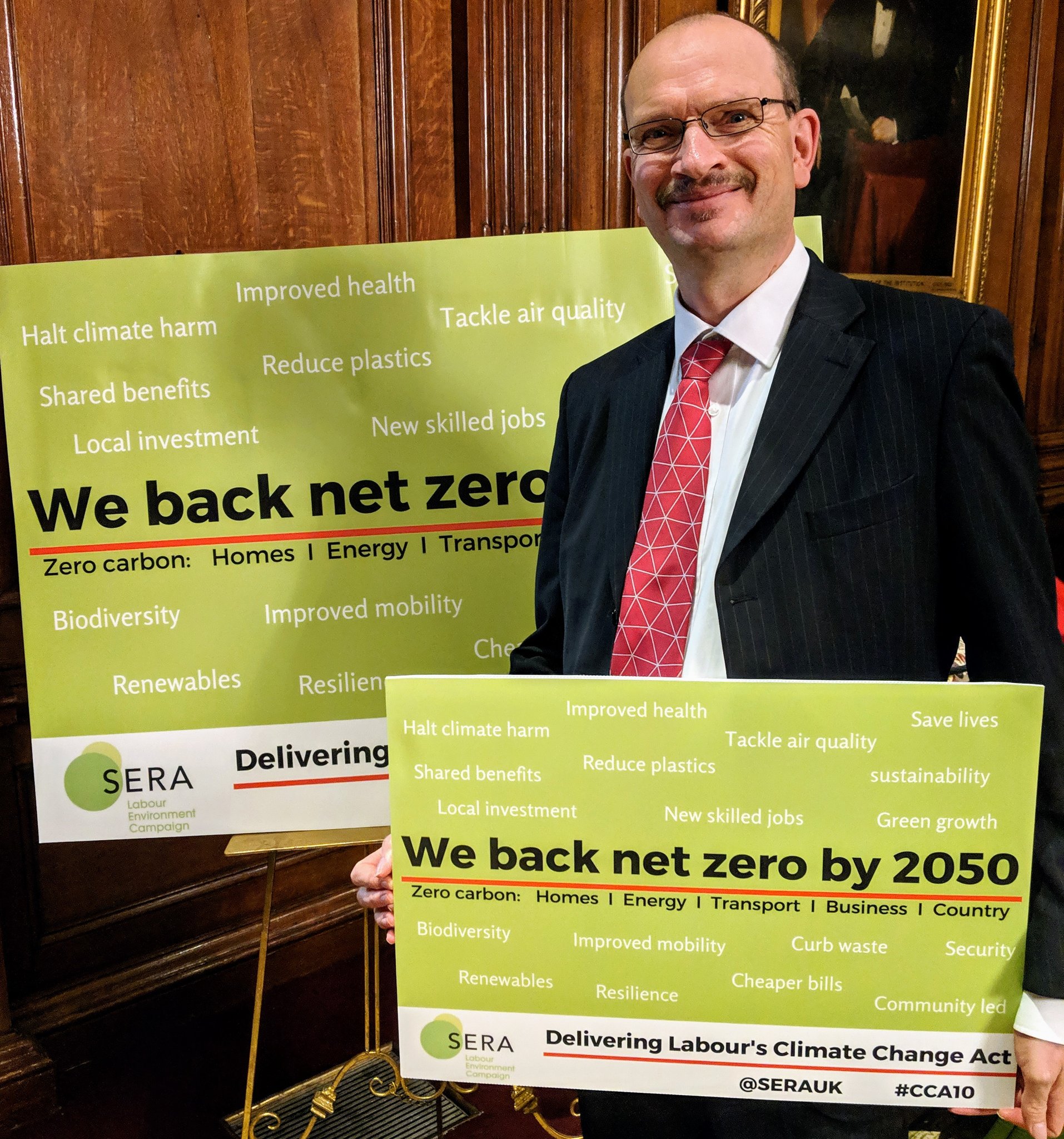 Manufactured things have an effect on our environment. Energy is expended and local environmental damage and pollution are caused by the mining of raw materials, the manufacturing processes, and the transport of materials and goods. When those things have fulfilled their function, the way in which they are treated also has an effect on our environment. A coherent and effective Waste and Recycling Strategy ought to start from the basic principle that every action within that strategy should minimise the whole-life impact on the environment, both in terms of pollution and of climate change impact.

“Our Waste, Our Resources” name-checks the principle of the circular economy, but never truly explores the significance of that idea, nor identifies the step-change in our attitude to material goods which would be necessary in order to achieve it. However, I welcome the fact that, possibly for the first time, this government recognises that some radical change in all our behaviours will be required.

What is completely unforgivable is the absence of any sense of urgency. This purports to be a 25 year strategy, and there is certainly some merit in laying down markers, and in attempting to influence activities which will be required in subsequent parliaments. But the principle reason for making this a 25 year strategy appears to be to delay many of the changes needed for up to 25 years. Eliminating food waste from landfill is targeted for 2030. The 65% recycling target for municipal solid waste is 2035 – a percentage met in parts of Europe by 2000. And the target date for eliminating all avoidable waste is 2050. If we are going to meet our climate change goals, if we are going to prevent the world’s oceans from simply becoming a plastic soup, in short if we are going to survive as a viable biodiverse planet, we do not have 25 years.

"Aspirations for the future are valuable, but not as valuable as actual proposals"

Over and over again the “strategy” seems to be to go out to consultation – in many cases not even to start consulting until 2022 or 2023 (conveniently after the last possible date for a general election). The very least we ought to be able to expect from a government which is 18 months into its current fixed term is a timetabled action plan for significant measures it will take before the end of its current term – assuming that it lasts that long, of course. That ought to be the focus of the document – aspirations for the future are valuable, but not as valuable as actual proposals.

The most useful idea in the strategy is the concept of making the producer of material goods pay for the recycling of them. However, the programme for making that happen is not clear enough or comprehensive enough. The experience of the Packaging Recovery Note (PRN) system is that, while it may have some good effects, it does not necessarily reward the people who able to change their behaviour. Whatever financial mechanisms are put in place must incentivise the people who can actually make the decision to change. A good example of that is the plastic bag charge, which has successfully reduced plastic bag use at supermarkets by 80%. But while shoppers can decide not to have a new bag by bringing their own, they can’t decide not to have a plastic wrapper for their sprouts if there isn’t an alternative available.

The strategy suggests that the full net costs of managing waste, including recycling costs, should be met by the producers, and this is a worthy aspiration, but there must be a mechanism to enable the money to go to the people who can deal with it, which is mainly local councils. And before recycling can improve significantly, there will need to be significant capital grant funding to councils to enable them to do the separate collections required – but there is no indication that that money will be forthcoming. The proposed £15 million fund for food waste collections will not even scratch the surface. The Labour Government raised household waste recycling from 7% to 40%, but it took a lot more than £15 million of capital investment to achieve that.

Almost all plastics are “recyclable” but the statistic of the year is that 90% of plastics ever produced have not been recycled. People need to know what they can recycle and how to do it. If producers are going to be made responsible for paying to ensure that what they produce is recycled, then they also need to support the information and education that people need. Experience across councils shows that where recycling is made clear and straightforward, people will do it. WRAP needs to be properly funded and genuinely independent of business so that it can play the part it played during the Labour Government in educating and encouraging local councils and residents. And there must be really effective audit of the recycling that takes place, so that Government and the public can be confident that those materials really are being recycled.

One of the most disappointing points of the strategy is that it continues to support incineration. “Energy from Waste” is a form of deception – even high calorific plastic is 7 times less efficient as a “fuel” than the fossil fuels it is made from would have been if they had been used to generate electricity directly. Everything going into an incinerator represents far more embedded energy than can be recovered by burning it. For many materials, including plastics, much of that energy can be saved if it is recycled. And there is no acknowledgement of the possibility of pollution from incinerator emissions, nor any programme to try to find out what those emissions might be.

We have waited some time for this strategy. The fact that the government is concerned about the issue is welcome. But there is not enough sense of urgency. There is not enough detail about how many of the schemes might work. There is not enough emphasis on pollution of our air and seas. And there is no commitment to the capital investment needed – especially for local councils, many of which are on the verge of financial collapse as a result of this government’s austerity programme. We will try to hold the Government to its commitments in this strategy. And when we reach the next Budget, we will ask them where the finance is in order to achieve them.