The Value and Importance of moorland management

Alex Ross-Shaw is a Councillor and Executive Member for Regeneration, Planning and Transport on Bradford City Council. He is taking part in the Yorkshire and Humber Labour Conference taking place on Saturday 10 March, find out more here. In this article Alex talks about the value moorlands hold and why they must be managed to ensure their future, using the example of the much loved Ilkley Moor in Ilkley, Bradford 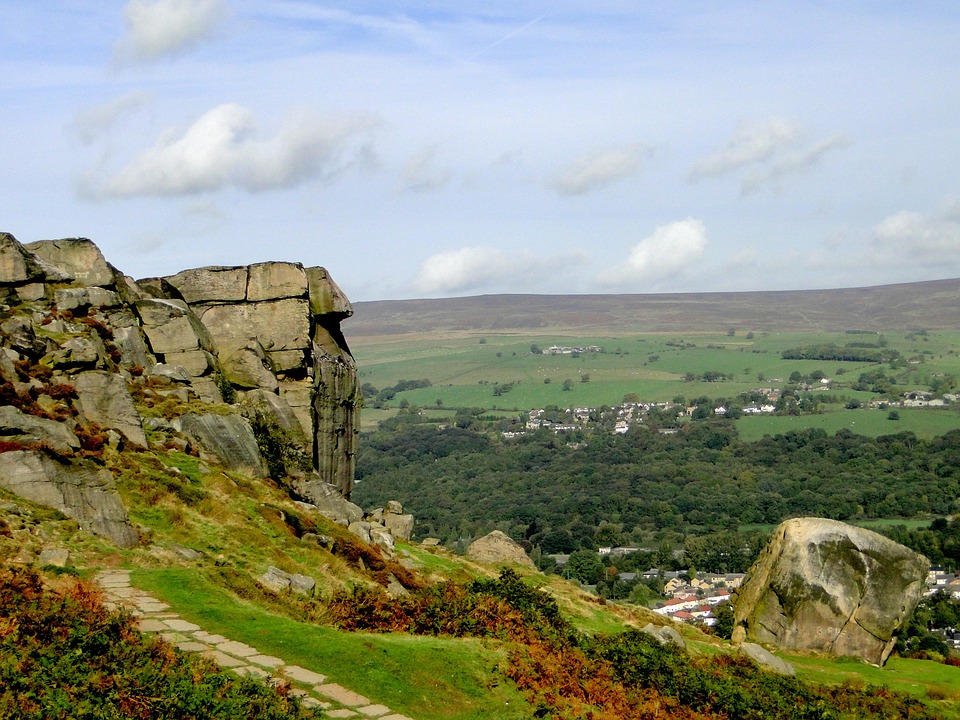 In a district that is two thirds rural, Bradford has no shortage of stunning landscapes and rolling hills to look to for inspiration and recreation. The UNESCO accredited World Heritage Site of Saltaire and the South Pennine countryside of the Worth Valley that so inspired the Bronte Sisters both sit within the district’s boundaries. Even in this exalted company, Ilkley Moor stands tall as a unique feature of Bradford’s extensive rural character. However, as with all sources of water run-off in the district it also represents a flood risk to neighbouring communities.

A certified Site of Special Scientific Interest (SSSI), as well as a European Special Protection Area (SPA) and Special Area of Conservation (SCA), Ilkley Moor is home to Bronze Age cup and ring stones and the famous Cow & Calf rocks, as well as significant amounts of heather moorland, found in abundance on UK moorland but internationally rarer than tropical rainforest.

Perhaps most importantly, it provided the inspiration for the unofficial anthem of Yorkshire, the folk song, On Ilkla Moor Baht’at, which, for non-Yorkshire folk, translates as ‘On Ilkley Moor without a hat’.

Despite this prominence in the public’s perception, Ilkley Moor is just one of a number of moors in the area, collectively known as Rombald’s Moor, including Bingley Moor, Addingham Moor and Burley Moor to name a few.

Only Ilkley Moor is owned by Bradford Council and we have set out our approach to the management of the moor in our new Management Plan.

There is a common misconception that moorland is ‘natural’ and therefore management of it should be focused on keeping or returning the moorland to its ‘natural’ state. The truth is if we didn’t proactively manage the moorland it would gradually return to woodland and lose its unique status. It’s by proactive management of the moor that we preserve its character for the benefit of future generations.

Our Management Plan sets out how we plan to do this, protecting the status of the moor and important features such as the cup and ring stones, while improving the biodiversity on the moor and looking to maximise the benefits we can accrue through Natural Flood Management techniques to reduce flood risk for the surrounding areas.

This is a departure from the now discredited approaches of the 1970s, which were focused on getting water off the moor as quickly as possible. It also prioritises Ilkley Moor as an environmental asset over all else, including recreational activities such as grouse shooting, which is ending in April, mountain biking and dog walking without a lead.

Ilkley Moor is a unique attraction not just in Bradford but for much further afield. However, without careful management leisure activities can cause damage to the moor and its unique features. We work carefully with the Local Access Forum to discuss sensitive use of the moor by mountain bikers and our Management Plan identifies dog walking without a lead as a major risk to nesting ground birds.

With the moor as primarily an environmental asset in mind where appropriate we will improve and increase tree coverage, particularly around the lower slopes of the moor, helping reduce water run-off.

The many ditches on the moor were blocked up years ago and we are looking to build on this by introducing more peat dams on to the moor, helping to restore more peatland that acts as a sponge, collecting and storing rainwater on the moor instead of it flowing down into Ilkley and surrounding areas. This approach has the added benefit of increasing the moor’s capacity to store carbon and so assist with slowing the rate of climate change.

During the development of our plan we visited Keighley Moor, owned and managed by Yorkshire Water, to look at work they are doing to increase the amount of sphagnum moss on the moor, which stores huge amounts of water compared to other vegetation. We’re looking to replicate this on Ilkley Moor, growing it from other areas of the moor to gradually increase coverage.

Although there has been little managed heather burning on the moor since the wildfires of 2006, we will be restricting this practice for the future except where necessary for the effective management of the moor, for instance to create fire breaks to prevent wildfires. We will instead look to manage heather growth using equipment from the Council’s Parks & Landscapes department.

We’re under no illusion that floods can be prevented through Natural Flood Management alone. Infrastructure investment will still be needed to reduce flood risk further, which comes in a number of forms and not just water run-off from moorland and surrounding hills. To be clear, it is often impossible to prevent floods, but we should take every action possible to reduce the risk of flooding and to mitigate its impact.

The devastating Boxing Day floods in 2015 caused widespread damage to homes and businesses across the region and much of Bradford district. Since then we’ve worked with local groups to help them set up Emergency Response Plans, and have administered over £2million in compensation for homes and businesses. We have also secured £850,000 from the regional Flood Levy board to develop projects to manage and reduce flood risk and are looking at Backstone Beck to develop a programme of works to reduce flood risk from this important catchment on the moor. We can then use our experience on these projects and replicate it on other parts of the moor and district.

We’re all justifiably proud of Ilkley Moor. The responsibility that comes with its management means difficult decisions sometimes have to be made balancing the recreational use of the moor with its status as an environmental asset to the district and region. However, by protecting our communities from flooding and providing a healthy thriving habitat to the many species that live on the moor, it will continue to provide inspiration for Bradfordians and visitors from across the world for generations to come.

Alex Ross-Shaw is a Councillor and Executive Member for Regeneration, Planning and Transport on Bradford City Council