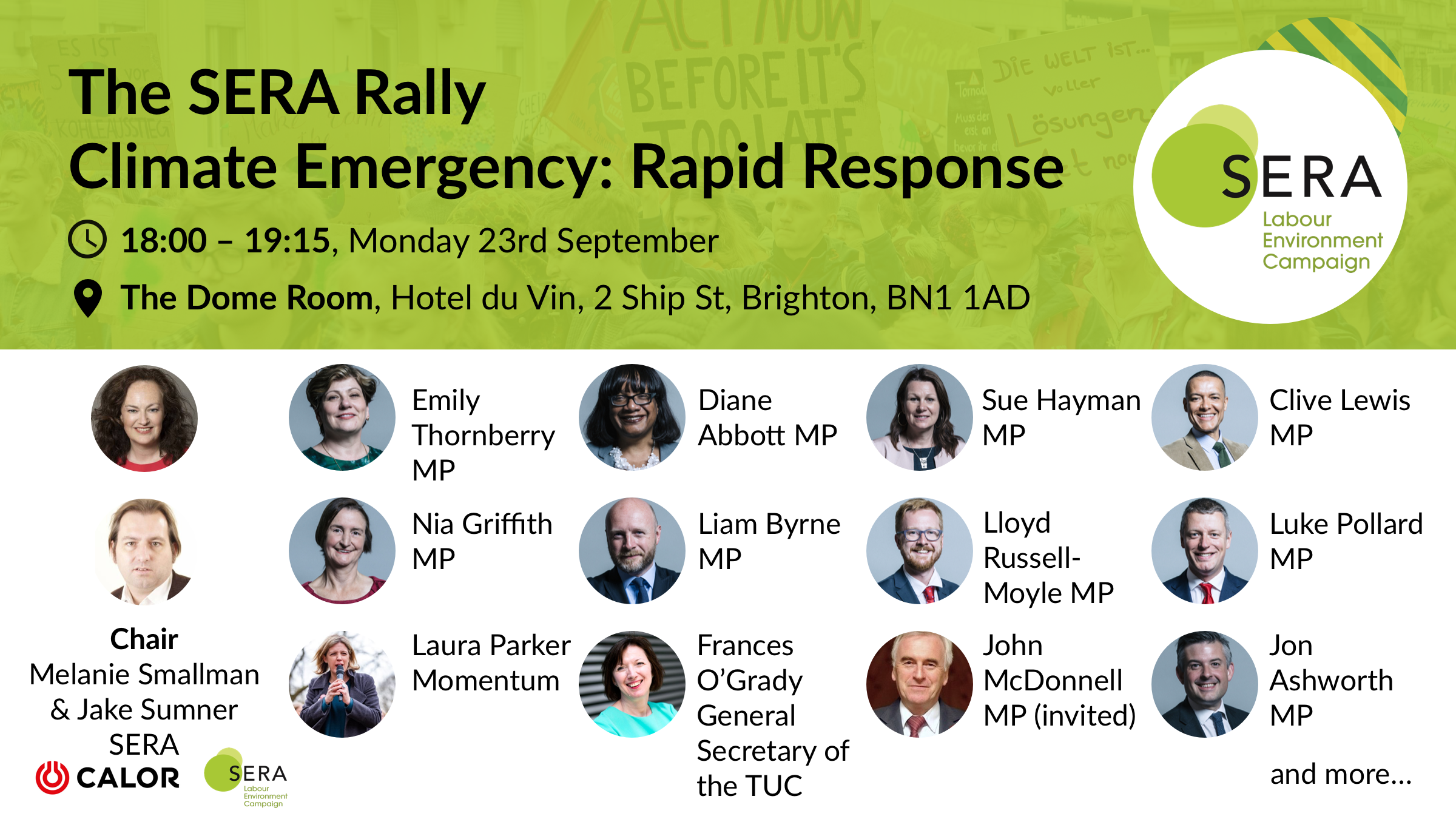 This is an emergency. We have just 11 years left to limit a climate change catastrophe according to world’s leading climate scientists. The alarm bells have been ringing for decades but the necessary rapid change has not been forthcoming.

Thanks to the school climate strikers led by Greta Thunberg, who SERA co-hosted in Parliament in April, and Extinction Rebellion, many are waking up to the urgency of the crisis. Labour’s history is on the side of the environment, from Clement Attlee’s National Parks Act 70 years ago, and the pioneering Climate Change Act in 2008, to Labour declaring an Environment and Climate Emergency and wining the support of Parliament in declaring an emergency.

Now the emergency has been declared we need rapid response on the scene urgently. We need an emergency spending review to review all government expenditure and projects, from tax to procurement, through the lens of reducing carbon, and to cease investment in fossil fuels immediately. We need Labour’s Green Industrial Revolution, powered by renewables and built on energy efficient buildings and clean transport, to create a net zero green economy for the many.