SERA had a strong line-up for this year’s Green Horizons conference rally. A packed room heard future visions from Labour Mayors and mayoral candidates, MPs, MEPs and councillors. Key themes were widening the environment case outside traditional audiences, fusing social outcomes with green policies, the challenges post-Brexit and agency of being in power. 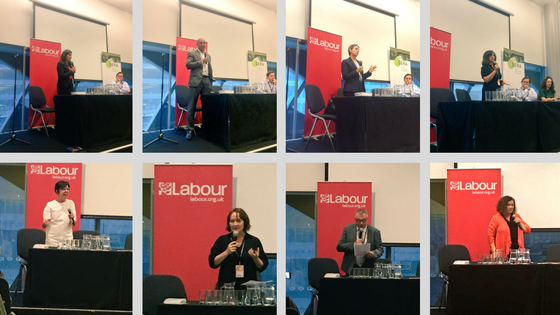 Chaired by Melanie Smallman and Jake Sumner, Co-Chairs of SERA.

Background
The SERA Rally is the flagship event in SERA’s programme for Labour Party Conference. This year, the rally is taking the theme of ‘Green Horizons’ and the aim is to give the audience chance to hear five-minute future visions for a brighter, greener Britain from MPs, MEPs, AMs, Councillors, and Trade Unions.

Growth, Homes & Greenery: The Fight for the Floodplains kindly supported by the Wildfowl and Wetlands Trust.
Monday 26th September 2016 from 12:30 to 14:00
The Quaker Meeting House – 22 School Ln, Liverpool, L1 3BT

Background
As we know the UK has seen significant flood damage across many communities over the past eight years. Forecasting and climate modelling suggests such events will only increase in number and scale. With austerity affecting state investment in hard defences, and there being limits to the level of defence they can offer, there is a growing interest in alternative, more sustainable solutions.

A growing number of so called soft solutions relate to landscape and water management at the catchment scale, including everything from releasing Beavers, to recreating salt marshes, and reforesting upland moors. While they may be technically viable solutions, experience across the country increasingly suggests that the tech is only half the challenge.

What is key to their successful deployment is proper engagement of people and communities that live in the landscape and the catchment area, so that people can understand and own the changes being proposed, and make their own contribution to the deployment and use of these ‘soft’ solutions, especially if some expect hard solutions. This Fringe will look at how to marry the best of nature with the best of community, to change the impact of future rainfall events.

Sustainability Hub with SERA sponsored by the Environmental Services Association
Monday 26 September from 20.00 to 21.30
Room 11A, ACC Liverpool

Background
We are once again partnering with the Sustainability Hub at party conference. The Sustainability Hub supports dialogue and debate to promote a low carbon society by bringing together businesses, NGOs, academics and Government leadership. The Hub’s 2016 event provides a forum for industry leaders to add their voices, and to engage with key political stakeholders to impress upon them the broad and diverse support for action on sustainable growth.