Tom Anderton is a SERA Executive Member. Here he writes on fracking. "In the shadow of the IPCC's warning that we have 12 years to avoid catastrophic climate change, it's never been clearer that we shouldn't be locking ourselves into a new fossil fuel industry". 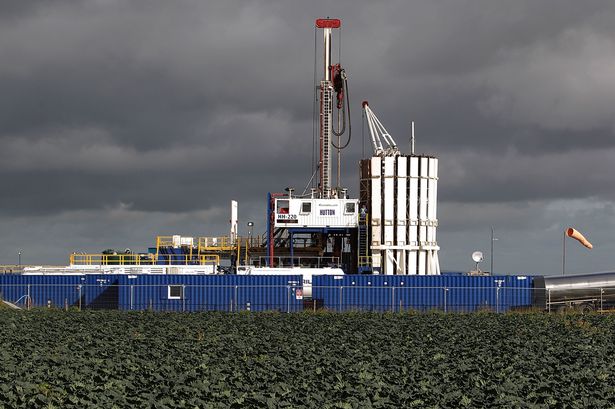 For fracking to be economically viable it would require nothing less than the industrialisation of the English countryside, devastating its health and tranquillity. To replace just half of UK gas imports would require one new well every day for 15 years. At least 3,500 hectares of land would be needed, the equivalent to 4,900 football pitches. All for an industry that has no social or environmental licence.

The earthquakes at Preston New Road have quite literally shaken the public’s already fragile support for fracking. The government’s own data shows that only 13% of the public support it, a figure that has been gradually declining every year since 2013, as opposed to renewables which are supported by over three quarters of the British public. Perhaps unsurprisingly the most common reason people gave for opposing fracking was the loss or destruction of the natural environment, followed in second by the risk of earthquakes.

It’s increasingly apparent that the fate of fracking rests on securing a review of current earthquake limits to allow larger tremors. In the face of this final curtain call the industry is exercising the full weight of its public relations machine. It’s been hard to escape INEOS and Cudrilla’s desperate media and lobbying outbursts to relax the ‘gold standard’ earthquake rules that it helped to design to protect the public and environment.

Tied to the rule relax is last year’s consultations by the government to fast-track fracking through the planning system. On one hand, they wanted shale gas exploration to be given permitted development rights, normally reserved for insignificant works such as conservatories, thereby removing the requirement for planning permission. On the other, they proposed shale production should be included in the Nationally Significant Infrastructure Projects regime, meaning final planning approval would not reside with the local council but in Whitehall.

Taken together, the proposals amount to a power grab by government to impose a dirty and unwanted industry on local communities against their wishes. It led to over 300,000 people signing petitions calling for the changes to be dropped and to let communities decide. It’s now been over 100 days since the consultations closed, yet there’s still no response.

With each day that passes it feels like the government is operating in a vacuum on shale gas development that is completely devoid of the fierce urgency of now. In the shadow of the IPCC’s warning that we have 12 years to avoid catastrophic climate change, it’s never been clearer that we shouldn’t be locking ourselves into a new fossil fuel industry.

At this pivotal moment for the planet we should be taking radical and far-reaching measures to decarbonise. Simply put, we shouldn’t be wasting our time on what should be the fracking obvious. It’s time to follow in the footsteps of our European counterparts in France, Bulgaria, Germany and Ireland by banning fracking – as Labour has promised and Andy Burnham is implementing via the presumption against drilling for shale in Greater Manchester.

In the villages and towns across England where fracking has been permitted you can’t help but be inspired by the strong sense of community that has been fostered, powered by passionate individuals engaging in the democratic process. Far from the “travelling circus” as they were described by the government Minister, these are the voices protecting us from climate chaos. With the future of the fracking industry in England to be decided shortly, how will you make your voice heard?