The Fisheries Bill: Taking Back Control of Our Waters?

As the Labour Friends of Fishing is launched to support the UK's fishing communities, we publish Melanie Onn's article for New Ground on the demands for next year's Fisheries Bill, and why getting it right is so vital for towns like Grimsby. 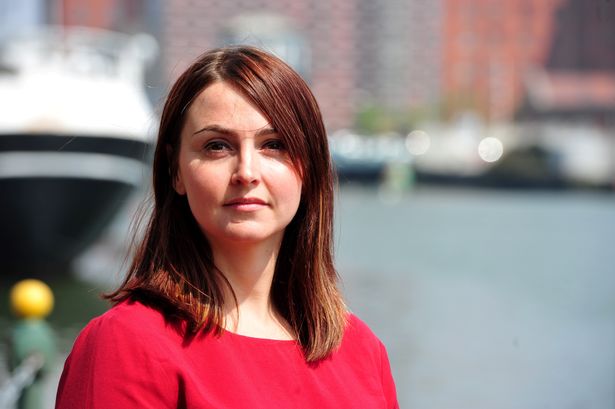 Remarkable things are hoped for in the Government’s Fisheries Bill. The Chief Executive of the Shetland Fishermen’s Association, Simon Collins said the Fisheries Bill, despite not yet being published, was “a huge step forward and could hardly have been improved on from the industry’s point of view.” He is not alone. There have been similar comments from the National Federation of Fishermen’s Organisations (NFFO), Fishing for Leave, and all those who expect fishing to be free to operate as it ‘used to’, a symbol of taking back control and the prosperity anticipated subsequently.

While a strong lobby for the industry is welcome, there are a number of things that are concerning about this rush of enthusiasm for a Bill that is yet to be drafted.The fishing industry, most prominently from the catching sector’s perspective, has high expectations from the Brexit negotiations.

It is no surprise - they were promised a great deal. There is an ebullience about the possibilities that await them. This exuberance comes not only from the fishermen but many of the communities they operate from, or used to operate from.

Nostalgia, for many coastal towns that had a large fishing fleet presence in previous years, is strong. Fishing represents a time when areas felt more affluent, jobs were plentiful, and there was a sense of community around the industry. Despite funding from the European Maritime and Fisheries Fund, there has been little to arrest the decline of many of these port towns with the effect of investment not always seen or felt by the wider public.

Take Great Grimsby’s Fish Market. This is a market that sees hundreds of thousands of pounds of traded fish per year pass through its halls. From the traders operating for commercial buyers, to the staff who run the market and those selling direct around the country from their fish vans, it is an essential hub that maintains a presence of active fishing in the town. Without this market, the many processing firms – Flatfish, Seachill, Youngs etc –would have less reason to remain in the town.

There are approximately 5000 jobs in Grimsby linked to the fishing industry. As it stands, there is a fisheries hub; whether it’s landing it, selling it, smoking it or turning it into fishcakes, it all happens within a two mile radius of the market. I suspect few people in the town, if asked, would recognise the importance of retaining the market to maintaining a seafood presence at all.

The majority of fish traded through auction at the market comes from Iceland or Norway. It comes from deep sea trawlers catching 'demersal’ species, the UK’s preferred fish such as cod, haddock and plaice, which live much closer to the sea bed. This is in contrast to the ‘pelagic’ variety that (usually) inshore fishermen catch: herrings, sardines etc.

Grimsby’s days of having hundreds of trawlers in its ports are long gone and the space for landings is now limited. On my last visit to the Port of Grimsby East (where the Fish Market is situated) three scallop trawlers were landing which meant another two vessels had to wait until they’d finished before they could take their turn. The old pontoon is now moorings for personal yachts and dinghies with the area showing its age and falling into disrepair.

Trawlers will pick the closest available port to save on fuel costs and time. Depending on where a catch is landed, fish destined for Grimsby can typically cross three or four country’s borders. Currently, as there are no checks at borders, merchants can expect delivery from landing within four days. Theresa May has made a commitment to the people of Ireland that there will be no border checks between the Republic and Northern Ireland. That same commitment has not been mentioned for any other trade routes nor is there any indication that exceptions for particular products will be considered.

Anything which makes trading harder, slower or more expensive would not only compromise the quality of a delicate and limited shelf-life product, but add extra burdens on the industry reintroducing documentation for each border. For an industry with very tight margins due to consumer demand for cheaper food, these costs could prove damaging and must be considered throughout the negotiations.

Within the fishing fraternity the optimism forBrexit remains high. The promises of ‘taking back control’, in particular, taking back control of our waters, are an enticing proposition for many who have struggled with the EU’s slow turning wheels and sense that other member states were not always playing by the same rules.This reclamation would include exclusivity of the 12 mile limit or, more ambitiously, the 200 mile limit.

For fishermen who are trying to turn a profit, whose principal interests are fuel costs, labour costs, and price
per kilo of the fish they’re landing, ‘control of our waters’ means:

Increasing yield, depending on availability, should of course result in greater profits, thereby making the sustainability of employment greater and outgoings much less of a pressure point. These freedoms in the water, however, don’t guarantee a larger catch, especially given that fish tend not to be constrained by our imposed borders. They do not protect against an increase in UK registered vessels which could crowd the UK sector, nor do they prevent overfishing.

They don’t provide additional investment in patrol vessels or staff and they don’t ensure any support for the building of new trawlers, which can cost in excess of one million pounds, before the issue of quota is even considered. There will still need to be management and control of vessels and catch and discussions with our nearest neighbours about possible reciprocal relationships to prevent overfishing.

These are all questions that must be answered in the Fisheries Bill. There must be consideration of the negotiations with other nations about quota and how any new system would work alongside the EU’s quota system. There must be mention of the impact on the quota rental system, which has now become well-established, and the fact that quota is now a bankable asset.

For those wanting the 200 mile limit, they seem to have put the ‘Cod Wars’ to the back of their minds. Given that one of our most reliable sources of imported fish comes from Iceland, it would be unhelpful that current arrangements are disturbed as it would have a direct impact on the viability of Grimsby’s fish market and the availability of the nation’s preferred white fish.

The Bill must consider the industry as a whole – that means everything from the environment and sustainability to catching, landing at ports, auction, retail, right through to what ends up on the consumer’s plate (or wrapped in yesterday’s newspaper).

It would be seen as a great betrayal if the promises made by so many in the Leave campaign - that access to water, quotas, landing obligations, providence, sustainability, environment, safety, price and availability would all be negotiated in the UK’s favour – do not come to fruition and an industry that is worth a relatively small percentage of the country’s GDP is, again, used as a bargaining chip in the negotiations. An even greater betrayal would be if the government failed to protect the industry as it currently stands and traditional port towns, like Great Grimsby, are unable to operate as they currently do, let alone expand into a port of a hundred trawlers.

Melanie Onn MP is the Labour MP for Great Grimsby and Shadow Housing Minister. She tweets at @OnnMel