Securing a Greener UK Through Brexit and Beyond

Ahead of SERA's event on Brexit and the environment with Greener UK at Labour Party Conference, Baroness Barbara Young, Chair of the Woodland Trust has written on the challenges - and opportunities - of Brexit. 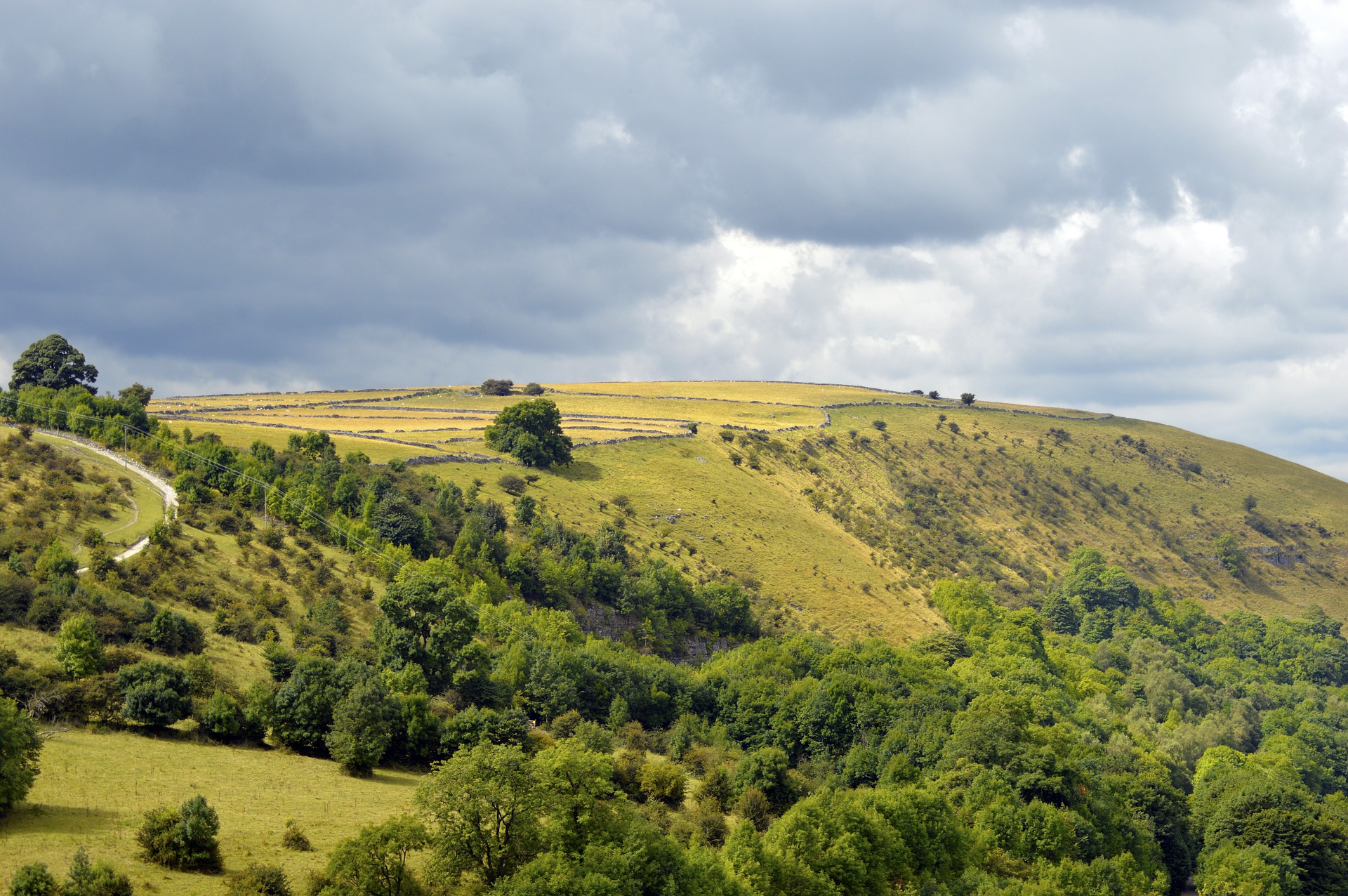 The next two years could be the most crucial for the environment for a long time.

The referendum might have shown very mixed feelings about the UK’s membership of the EU, but there is little denying, that on the environmental front the EU has played a hugely positive role, both raising environmental standards and, as importantly, monitoring and enforcing them.

The proof of the pudding is for all to see and experience: cleaner beaches, cleaner and healthier seas, higher standards of water protection, cleaner air (although urban air pollution caused by transport emissions still remains to be tackled effectively), and improved protection for special wildlife areas (although we continue to see the decline of species that depend on the farmed countryside). We are no longer the ‘dirty man of Europe’ and that has been of huge benefit to people and communities across the UK. We don’t want to go back there. The government has committed to leaving the environment in a better state than it inherited it. The time has come to test that commitment.

Much will depend on the post-Brexit environmental legal settlement. Labour must play a key role if the big progress in environmental standards, which we helped shape in the EU, is not to be diluted. The public didn’t vote in the referendum for poorer environmental quality. The sheer volume of issues which need to be dealt with before we can leave the EU could, however, risk the environment being side-lined as less important than trade or the rights of EU and UK nationals, or the border in Ireland or freedom of movement or research collaboration. I could go on. The point is that, without the focus and energy needed, our environment settlement could suffer, either by accident or design.

One thing is sure – there has to be a replacement for the Common Agricultural Policy (CAP) by the time we leave the EU. Not many people will shed a tear for CAP and the damage it has done to our wider countryside. We now have a once in several lifetimes opportunity to create a new agricultural and land use policy which will move from paying landowners £3 billion of taxpayers’ money primarily according to the size of their landholding and instead use that funding to support them to deliver a range of public benefits, including climate change mitigation, biodiversity improvement, water and soil protection, healthy affordable food and sustainable rural communities.

Greener UK is a coalition of the UK’s major environmental NGOs, including The Woodland Trust, which I chair, with a combined membership of 7.9 million people. It was formed in 2016 with the understanding that Brexit represents such a pivotal moment for the UK environment. The coalition sees how vital it is for good thinking people across the political parties to come together to safeguard and improve the environment at this time of huge opportunity and threat.

So what is the political task? The Repeal Bill (no longer Great!) is aimed at bringing EU environmental and other legislation across from EU to UK law. We know already that this can’t be a perfect drag and drop exercise as some legislation will need minor tweaking to be “operable” and some, like agriculture policy, will need a completely new piece of primary legislation. So far my string of parliamentary questions on which legislation falls into which category have yielded little additional clarification. Additionally, some key overarching principles which have informed EU law apparently won’t come across under the current proposals. These vital principles, such as ‘polluter pays’ and the ‘precautionary principle’, must be incorporated into UK law through amendments to the Repeal Bill.

We also run the risk of losing aspects of EU legislation that have helped drive environmental improvement when the government has been dragging its feet. The European Commission and the Court of Justice of the European Union have powers which mean that citizens have access to environmental justice and the EU has teeth in making member states up their game if they lagged in implementation.

One simple example – the UK had dragged its feet for years on cleanup of the Thames, which meant that it reached the status of the dirtiest river to run through an EU capital city, with neat sewerage discharged into it on a regular basis. Only infraction proceedings by the EU Commission and the threat of eye-watering fines moved the government to long overdue investment in the Thames Tideway, London’s super-sewer.

Without EU enforcement, domestic measures will need to be included in the UK legislation to ensure that monitoring, reporting and enforcement measures are as effective as those wielded by the EU. The recent government proposals on cross-border judicial co-operation provides some options but no clarity on which are most likely or how the EU will react.

Labour is committed to not flying in the face of the referendum majority vote. That means that it will have to choose the issues it fights on in the passage of the Repeal Bill. The political dynamic will be very different in the Lords, where there is no Conservative majority and where much of the detailed consideration will take place, rather than the Commons. Who says we don’t need the House of Lords! Deals will need to be made with the Liberal Democrats, crossbenchers and even some environmentally concerned Tories. Will environmental issues be seen by the Party as second order? Greener UK will need the support of SERA members to ensure its proposed amendments to the Repeal Bill are supported by the Party and lobbied for effectively.

Now for a boring but important bit! Much of the detailed changes to environmental law will be made through secondary legislation (aka statutory instruments) and there lies a big risk. The government continues to restate its commitment to bringing across EU environmental law undiluted but the sheer volume will mean that we have to be vigilant in scrutinising every shred of secondary legislation to make sure that commitment is not diluted by mistake or by connivance. A statutory instrument can’t be amended and so, if it is not satisfactory, the only remedy for parliament is to vote the whole proposal out. If that happens too often, it could be unhelpfully branded as a strategy to delay Brexit, as opposed to a measure to ensure we don’t ruin the environment as we leave. Another pitfall of secondary law is that it can be subsequently amended by secondary legislation which involves less effective parliamentary scrutiny.

To mitigate this risk, the Repeal Bill must ensure that any changes to EU law which significantly alter its scope or purpose must be subject to primary legislation. You can yawn now, but again we will need SERA members’ support in this.

The challenges and opportunities don’t stop with the formal transfer of EU legislation into UK law. Greener UK believes that the time has come to set a more ambitious green agenda beyond, with bold political acts at home and renewed co-operation with our European colleagues. We are after all leaving the EU but not leaving the European biosphere! The first big opportunity is a clean sheet approach to agricultural and land use policy post-Common Agricultural Policy.

We also need to lead the world by setting measurable milestones for environmental restoration and high standards for pollution and resource efficiency, as part of a strong 25-year plan, reinforced in law in an ambitious new Environment Act. Currently, the 25-year plan has been sent back to the drawing board so often that the suspicion is that ‘25 years’ is how long it will take to emerge, not how long forward it will look! We can’t continue to fiddle while over half of the UK’s native species are in decline and air pollution in our cities continues to cause 40,000 early deaths a year.

Greener UK is also seeking that the UK secure its global climate change leadership with domestic action on investment in clean energy infrastructure, efficient vehicles, buildings and appliances, and continued collaboration on energy and climate change with the EU. Innovative new domestic laws on world-leading sustainable fisheries management are also needed, with fishing levels that allow fish stocks to recover and the documentation of all fish caught.

I wake up every morning contemplating the next two years with an equally mixed frisson of fear and exhilaration. The people of the UK deserve clean air, clean water, a stable climate, healthy seas, beautiful landscapes and thriving wildlife in places they love. Party arithmetic means that Labour has an opportunity to really take a leadership role to land the new settlement for the environment for the people of the UK.

Baroness Barbara Young is a Labour member of the House of Lords. She is also Chair of the Woodland Trust, which is one of the members of the Greener UK coalition.

SERA, in partnership with Greener UK, are holding an event on Brexit and the environment at Labour Party Conference. We'll be hearing from Sue Hayman MP, Mary Creagh MP, Lord Rooker and Stephanie Hilborne OBE about how Labour can champion the environment through Brexit and beyond.Tuesday 26th September, 12:45 - 14:00, the Dome Room, Hotel du Vin, Ship Street.