If the Queen’s Speech was a party political broadcast, it shows the Conservatives will not prioritise addressing the climate crisis

Sophie Lethier, SERA's Assistant National Organiser gives her view on the Queen's speech and questions how green is the Environment Bill? The Queen’s Speech was a party political broadcast that launched the Conservative’s next manifesto and provides a window into the reality of the Conservative agenda. It is concerning to see yet another failure to face up to the climate crisis. 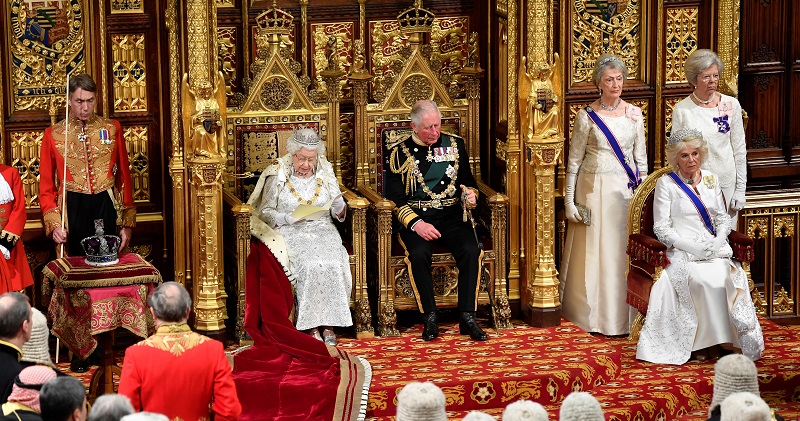 On Monday, Boris Johnson set out his proposed legislative agenda in the Queen’s Speech. Twenty-two Bills were announced, including the long-awaited Environment Bill. However, given the inevitable upcoming General Election and Johnson’s current majority of minus 45 in the Commons (and not to mention a high defeat rate for Parliamentary votes), none of these Bills are likely to become law, at least in this Parliamentary session. In reality, the Queen’s Speech was a party political broadcast that launched the Conservative’s next manifesto and provides a window into the reality of the Conservative agenda. It is concerning to see yet another failure to face up to the climate crisis.

No action was announced on climate change and no mention was made of achieving net-zero carbon emissions.

The Environment Bill also lacks ambition. The Government has given itself 18 years before it is legally required to meet any of the targets. That means no legal action can be taken against a failure to meet targets on water, plastic waste or nature restoration until 2037.This is certainly not the rapid response we desperately need to tackle the climate emergency.

The recently published State of Nature report states that a quarter of mammals and nearly half of all birds in the UK are at risk of extinction. Since the 1970s 60% of animal populations have already been wiped out. Therefore we cannot wait two decades for action on species decline and loss of biodiversity, and we cannot wait until 2022 just for targets to be set. Nowhere is this more urgent than for air pollution. The Government cannot drag its feet in setting air quality targets. As we know we must meet World Health Organisation (WHO) standards to avoid catastrophic public health consequences.

In Europe, air pollution contributed to 400,000 premature deaths in Europe in 2016. Worldwide, air pollution is responsible for 16% of all deaths, killing three times as many people as AIDS, tuberculosis and malaria combined. This Government has already failed to meet the EU’s NO2 targets and has allowed 36 out of 42 air quality zones in the UK to breach legal pollution limits. The UK has been taken to the European Court of Justice and have been heavily fined by the EU. Yet, in Brexit Britain, the Environment Bill would make recourse to such action impossible. That’s because the proposed watchdog set up by the Environment Bill – the Office of Environment Protection (OEP) – will not be able to fine the Government for failure to comply with the law or targets.

Much tougher targets need to be set and met before 2037. The Environment Bill must outline a proper timeframe for particulate matter reduction, in line with the WHO’s air quality targets for PM2.5 by 2030. Those targets must be urgently set before 2022, as people across the country continue to suffer from the Government’s failure to clean up our air.

The OEP will not have the same powers to enforce legislation as the EU currently does. The OEP therefore risks suffering the same fate as Natural England and the Environment Agency: massively understaffed, underfunded and demoralised. Natural England’s budget has been cut in half by this Government and their staff barely have enough resources to cope with statutory requirements. That’s why we need to see a guaranteed funding formula for the OEP enshrined in the Bill.

On Thursday morning, the Prime Minister reached a Brexit deal with the EU. A fundamental difference from this deal to May’s deal is that the provisions on a level playing field (LPF) - the safeguards against a race to the bottom on environmental standards and worker’s rights - have been moved from the legally-binding Withdrawal Agreement to the non-binding Political Declaration. You don’t have to be a cynic to take this as sure a sign as any that Boris Johnson has no intention of upholding LPF provisions.

It suggests that for this Government deregulation takes precedence over environmental protection and tackling the climate emergency. That’s why it’s so important that environmental targets be legally enforceable before 2037 and that the OEP be independent, properly funded and able to issue fines.

The Prime Minister’s address attributed just six words to the climate emergency, which is perhaps an apt encapsulation of the Conservative Government’s failure to meet the demands and urgency of the climate crisis. The reality is that the climate emergency cannot afford a climate complacent Conservative Government. In contrast, the environment will be at the heart of Labour’s next manifesto. The party will lead a Green Industrial Revolution with a wide-ranging and ambitious programme which includes delivering 400,000 green jobs in solar, tidal and wind energy, banning fracking, insulating four million homes and creating the world's most ambitious climate and environmental targets.