The Brexit vote makes the need for an ambitious environmental policy more important than ever. The Labour party has a critical role to play in making sure this happens, argues Nick Molho, Executive Director of the Aldersgate Group 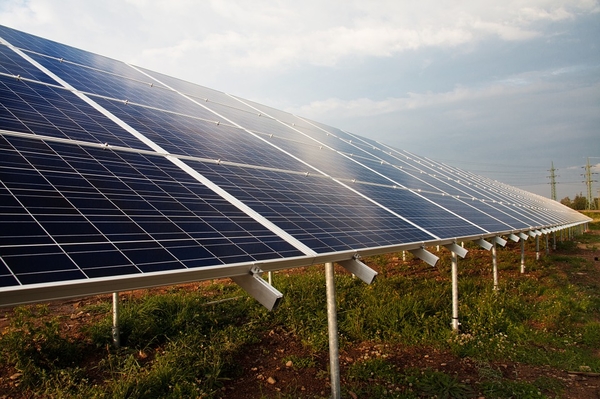 This article was originally published in the New Ground , SERA’s members’ magazine in Autumn 2016.

Most of the media coverage during and after the EU referendum was focused on immigration and the economy. Yet, the impact of the vote to leave the EU has important – and often overlooked - implications for the environmental agenda.

Many of the UK’s environmental laws come from or are the result of a close collaboration with the EU. While not perfect, these laws have on balance provided some important benefits to UK businesses. Most notably, they create a more level playing field with other competing businesses in the EU that are subject to the same rules and they have in several cases driven positive environmental innovation by developing standards such as on energy efficiency that apply across the single market and its 500 million consumers.

A key tenet of the Leave campaign was that the UK needed to look beyond the EU and aspire to be a competitive and relevant player on the global stage. All indicators globally point to an increased recognition that tackling climate change is a priority. More than 170 countries signed the Paris Agreement on 22nd April this year, the most first-day signatories for any global agreement ever. Financially, investment is increasingly flowing towards low carbon infrastructure. Over $285bn was invested in clean energy globally in 2015, compared with $130bn going to new coal and gas generation.

Much of this low carbon investment is coming from outside the EU, with countries like China, India, Brazil, South Africa and the United States being major investors. A strategy that wants the UK to punch above its weight on the global stage must therefore include an ambitious low carbon policy.

The UK’s Climate Change Act, which requires the UK to cut its emissions of greenhouse gases by at least 80 per cent by 2050 by meeting a series of five yearly ‘carbon budgets’, provides the framework through which this can be achieved. A priority for Theresa May’s new government should be to put forward a detailed Emissions Reduction Plan by the end of 2016 that sets out how the UK will attract the affordable private sector investment in low-carbon technologies that will be needed to meet the 57 per cent cuts in emissions by 2030 that is required by the ‘fifth carbon budget’.

… and to its economy

This isn’t just important for the UK’s global standing. Much of the ongoing investment in low carbon technologies is taking place in parts of the UK where there is a pronounced feeling of economic disenfranchisement, which was partly reflected in a strong Brexit vote in June. The investments by Associated British Ports, Siemens and Dong Energy to modernise the port of Hull, develop an offshore wind turbine blade factory and build the world’s largest offshore wind farm off the coast of Yorkshire is a good example. Up to 1,000 people will be employed in the Siemens blade factory, a significant and positive contribution given the high rates of unemployment in the region.

A 25-year plan for the environment is essential

The importance of the environmental agenda stretches beyond the necessary growth of the UK’s low carbon economy. Many of the UK’s natural resources on which our economy and society are heavily reliant, such as good quality soils, are in decline. As highlighted in a recent report from the Committee on Climate Change, the UK’s infrastructure, businesses and communities are currently poorly prepared to cope with the likely impacts of climate change which will include more frequent risks of flooding, heat waves and droughts.

A strategy to significantly improve the state of the UK’s natural environment, by for example improving the quality of soils to support food production in the long term and restoring coastal wetlands to strengthen flood defences, could help address many of these concerns. This is where Theresa May’s government should deliver on the previous government’s pledge to put in place a comprehensive 25 Year Plan to deliver a healthier and more resilient natural environment. This is also potentially where the government could incorporate important aspects of EU environmental law, such as on water and air quality, that are important to the state of the UK’s environment.

With all the competing priorities that Theresa May will be faced with in the coming months, ensuring that the UK has an ambitious environmental and low carbon policy will depend on the new government understanding the environmental, economic and foreign policy benefits of doing so. The Labour Party will have a critical role to play in the coming months in ensuring this happens.

Nick Molho, is the executive director of the Aldersgate Group. He tweets at @NickMolho