On the Frontline Against Fracking

SERA Executive Member Louisa Casson writes about her visit to Lancashire’s fracking protests this summer, and Labour’s role in defending communities at risk. 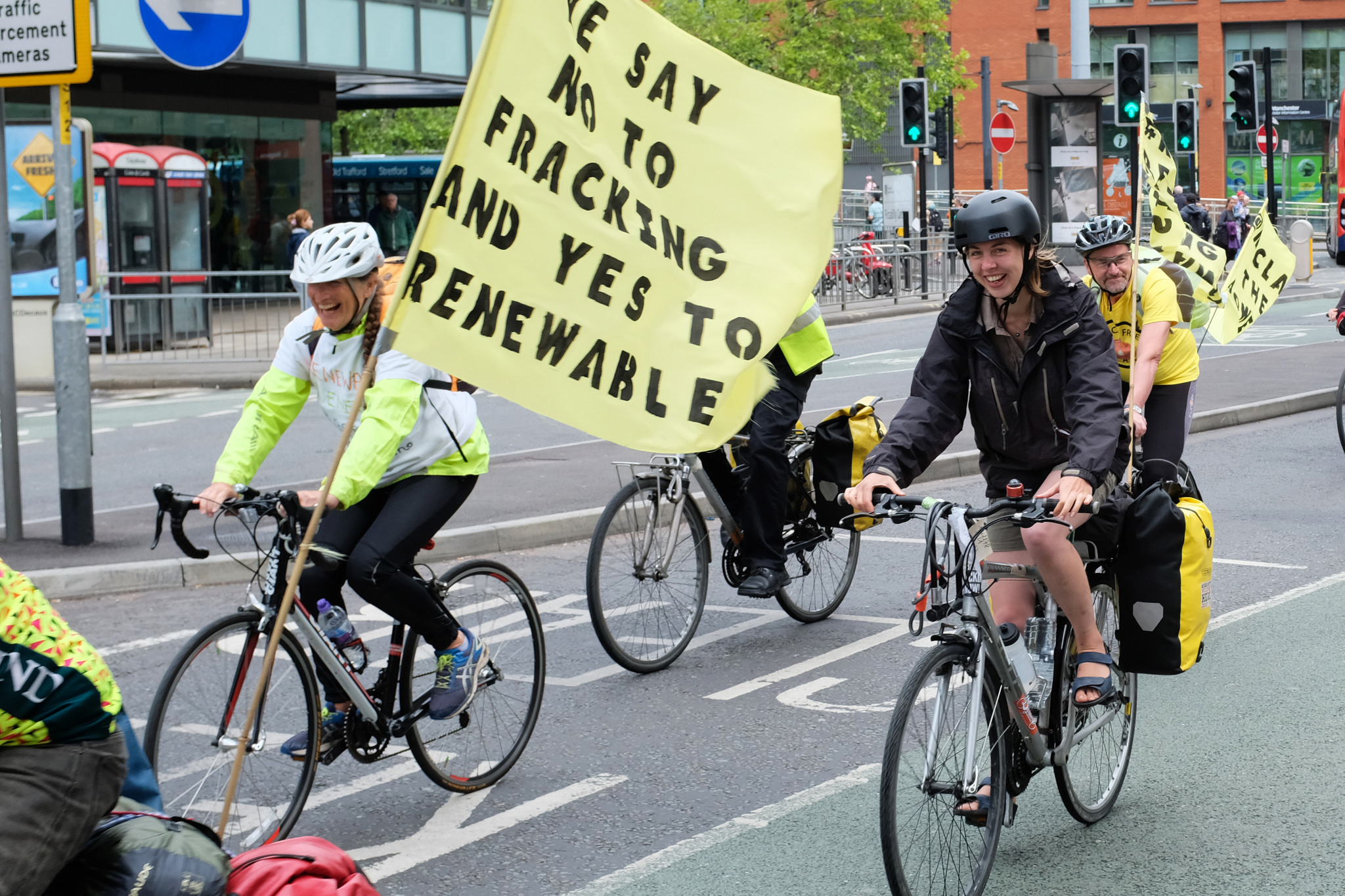 While July marks the start of summer holidays for many people, on the frontline of fracking it marked anything but. In Lancashire, where local residents have stopped any fracking taking place for six years, a month of “Rolling Resistance” brought together people from across the country and beyond to oppose fracking in the UK.

Grassroots groups and individuals working together managed to stage a stunt or action every working day of the month to prevent or delay planned operations by fracking company Cuadrilla. There were joyful carnival-esque mass demonstrations, powerful processions from the anti-fracking ‘Nanas’ (local grandmothers opposing fracking for the harm it will inflict on their families) and physical blockades of the site on Preston New Road, come rain or shine.

Pulling off an entire month of heightened opposition shows the strength and diversity of this movement of people opposing fracking. Many people taking direct action throughout July were the first to admit that they would never consider themselves “activists”, let alone “environmentalists”.

Yet these councillors, grandparents, former civil servants, farmers and many more have all organised demonstrations, rallied friends and families, and even put their own bodies in the way of the fracking industry drilling in their neighbourhood. This takes serious bravery and commitment.

Many of those I spoke with in the area have the same fierce determination and conviction that fracking in Lancashire is wrong. They are deeply concerned by the risks to their local air quality, to their beautiful fields, to their water supply. They are appalled at the idea of opening up a new fossil fuel industry when the world is also experiencing dangerous climate change. They scoff at the fracking industry’s empty promises for local people. Because they have seen companies like Cuadrilla collaborate with government to stamp on local democracy.

For fracking is also a story of a Conservative Government running roughshod over local opposition. Lancashire County Council rejected Cuadrilla’s bid to frack at Preston New Road - and yet Tory minister Sajid Javid decided to overrule this decision in October 2016 and give fracking the green light. So much for localism (again). Social media’s rallying cry for July’s Rolling Resistance therefore echoed the Lancashire residents’ choice: #WeSaidNo.

I’m proud that last year Labour took the brave decision to say: enough. The next Labour government will ban fracking in the UK. The decision was based on the conviction that it would be disingenuous for Labour to carry on signalling that it would give the go-ahead to an industry that not only risks disrupting local areas and our shared climate, but has a history of falling short on its promises to create jobs and local investment.

Barry Gardiner MP, then Shadow Energy Secretary, told Labour conference in September 2016, “The real reason to ban fracking is that it locks us into an energy infrastructure that is based on fossil fuels long after our country needs to have moved to clean energy.”

Labour has a proud history of environmental action, including passing the world-leading Climate Change Act back in 2008. The battle against climate change is now so urgent that it must take a central role in infrastructure decisions, and shape discussions on what kind of economy Britain’s success will be based on.

Labour values also mean standing up for communities, and part of that means taking a careful look at the best opportunities for shared prosperity across the country. Clean energy and low carbon technologies now employ more people across the country than the entire teaching profession. The clean energy sector may currently account for 6 per cent of the British economy but is responsible for 30 per cent of its growth.

In stark contrast, Cuadrilla has exaggerated the amount of long-term jobs it would create, overestimated the amount of shale gas that is recoverable and it is benefiting from huge tax breaks thanks to George Osborne. Cat Smith, MP for Lancaster & Fleetwood, has called this out, while union research revealed that Cuadrilla’s promises to create 1,700 jobs in Lancashire would only last for one year, with only 200 jobs left after three years.

So it’s hardly surprising that resistance to fracking is growing. The Government’s own figures out at the start of August show that public support for fracking in the UK is at a record low, with just 16% of people in support. Compare that to more than three-quarters’ support for renewable energy.

But what happens in Lancashire is a litmus test for the prospects of the fracking industry in the UK. Thanks to the sustained protests and opposition so far, Cuadrilla are losing investor confidence, and several businesses in their supply chain have pulled out of working with fracking companies. Under serious pressure, Cuadrilla have even resorted to breaching planning permission to get their equipment into the Lancashire site outside of permitted hours.

Political support for fracking is becoming a clear dividing line, with the Tories on the wrong side. 30 marginal Labour constituencies (within 5,000 votes either way) contain sites which have been granted fracking licences. A growing number of these licence blocks are set to see planning applications lodged in the coming months. It’s time to step up resistance to this reckless and outdated form of energy production.

As Yasmin Qureshi, MP for Bolton South East and Shadow Justice Minister, who recently visited the Lancs site, has said, “I believe that it’s time that our Labour politicians did more to oppose fracking in Parliament, particularly as it is Labour Party policy. They should show their support for peaceful protests against fracking whenever possible.”

Louisa Casson is an environmental campaigner and a member of the SERA Executive Committee. She tweets at @LouisaCasson.