The National Union of Students (NUS) representing over 600 student unions and millions of students and young people across the UK champions sustainability on and off campus. "The student movement in the UK has a long history of leading the way to create a better world, from electing the first black president of any national organisation in the UK, electing the first paid trans representative in Europe, or being the first national organisation to call for a ban on single-use plastic straws, the student movement has consistently been at the forefront of social change".

For more information about NUS’ sustainability work, including copies of the research mentioned in this article, please visit: www.sustainability.nus.org.uk 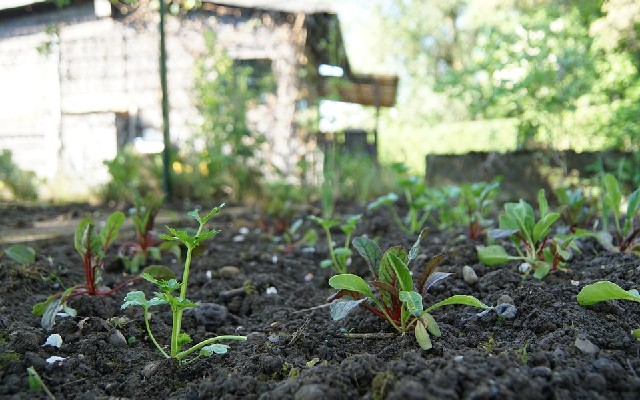 In a recent NUS survey of 2500 students across the UK, 69 percent said they ‘would be likely to vote for a political party that increased action to protect the environment’. Whilst demanding this leadership from politicians for sustainability, students are already acting to advance sustainability on their own campuses, in their communities, and through their course curricula.

NUS is the representative body of over 600 students’ unions in further and higher education across the UK and the collective voice of over 7 million students. The mission of its sustainability work is to see all students, regardless of discipline, develop the knowledge, skills, attributes, and values to create a more just and sustainable world, both in the present and for future generations.

For nearly a decade, NUS’ longitudinal research has demonstrated young peoples’ interest in, and demand for, sustainability as a part of their college and university education. This research has consistently shown that 85 percent of students think sustainability should be a priority for their college or university and 70 percent of students think it ‘should be embedded throughout all courses’.

This article outlines examples of students’ engagement in sustainability on campus, in the curriculum, and with their local communities alongside sharing further evidence of student interest in, and demand for, sustainability.

Changing behaviours on and off campus

Every year over 100,000 students engage in NUS’ Student Switch Off campaign. Focussing on simple sustainability actions in halls of residence, the campaign is an accessible and fun inter-hall competition providing incentives for students to change their behaviours and work collectively to reduce their energy consumption and improve their recycling rates.

Over the campaign’s 12-year history over 20,000 tonnes of carbon have been saved equating to over £2.5 million saved for the education sector through unnecessary energy consumption in their residential buildings. Over 7,000 students have been trained as campaign ambassadors, acting as an entry point to sustainability leadership amongst their peers on campus.

The successes and experiences of Student Switch Off in the UK is currently being shared with a European audience, with a further six countries currently running the competition on their university campuses through the ‘SAVES 2’ project supported through EU funding.

Through campaigns like Student Switch Off, students have the opportunity to take tangible actions to reduce their personal environmental impact and contribute to a significant collective achievement. Across the UK, 55 percent of students report having taken a personal action to protect the environment (which might include dietary changes, cutting down on single-use packaging, or adopting energy/water saving behaviours).

In addition to individual behaviour change, students report a wide range of other actions they have taken to create change;

Although individual behaviour change is important, these other types of engagement in ‘active citizenship’ are critical for creating a more sustainable future. The urgency of climate change, as the recent Intergovernmental Panel on Climate Change report suggests, will require transformational changes across all parts of society.

Sustainability does not only influence students’ behaviours and actions, but also their formal learning whilst in college or university. 60 percent of students consistently say they want to be learning more about sustainability and 66 percent of students say that, in considering graduate jobs, they would willingly take a role that pays £1000 per year less to work for an organisation with a good ethical and environmental record.

Students have a desire to see sustainability in its broadest sense (encompassing environmental, social, and economic issues) embedded across all disciplines. In embedding this content, students do not want a ‘one-size-fits-all’ approach nor do they want a stand-alone module on sustainability – instead, they wish to see sustainability woven into their studies in a way that is relevant and meaningful to their discipline and to their future career.

Because of this demand, NUS worked with partners across the sector to develop Responsible Futures – a framework and accreditation mark to embed sustainability across all parts of student learning. This now runs at over 30 institutions working in partnership with their students’ unions, representing half a million students in the UK. To earn the Responsible Futures accreditation, institutions and students’ unions must undergo an audit conducted by their own students. This audit, facilitated by NUS, allows students to hold their institution and students’ union to account on their sustainability commitments. It serves to showcase innovation and good practice across the sector to drive forward transformational change in education.

Students leading change in their community

In response to the finding that two thirds of students are seeking graduate roles with organisations who have positive environmental and social ethics, NUS has launched Placements for Good this year. The call to create momentum around impactful work-based learning opportunities was passed at NUS national conference in spring 2017 highlighting far reaching student demand for this. In many instances placements and internships have been deemed to provide little value to either employer or students and through Placements for Good NUS are attempting to address this. NUS will be working with employers to ensure student placements are beneficial in supporting their core business as well enhancing their progress for sustainability and ethics. Students will gain pre-placement training and support from NUS sustainability professionals to empower them with knowledge, skills, and competencies to address issues on and provide intervention for organisational practices such as community engagement, ethical supply chains, recycling and carbon reduction.

Further successes in community engagement around sustainability have been seen through the innovative My World My Home project run by Friend of the Earth in partnership with NUS. Using a community organising approach, groups of students have been trained and gained qualifications to develop local environmental campaigns of significance to their towns and regions. Hubs of students in colleges across South Wales, East Midlands and London have been engaging with their students, teaching staff, community members and local decision makers to show the passion and strength of feeling of young people in further education about sustainability, and making proactive, positive changes to their colleges and local areas. My World My Home has directly engaged 150 students at 20 colleges and reached a further 7500 through associated campaigns.

Through programmes and campaigns like those discussed, it is clear that students are engaging deeply in sustainability on their campuses, through their curriculum, and within their communities.

Students engage in sustainability through a range of topics and NUS celebrates the breadth of sustainability across the student movement. As reflected by the UN Global Goals for Sustainable Development, sustainability is broader than simply recycling and energy saving. It must encompass social, environmental, and economic issues and solutions to sustainability challenges must be inclusive of the most marginalised voices in society. The need for an intersectional approach is demonstrated through the impact of climate change which is already being disproportionately felt by women and people of colour.

Worldwide, just 3 percent of people attend university and yet those who attend university make up 80 percent of leadership positions. It is therefore critical that education plays its role in equipping our future leaders with the knowledge and capabilities to transform society.