Laurie Laybourn-Langton is a researcher and co-author of a forthcoming book about environmental breakdown, published by Verso. He tweets @Laurie_L_L. This article was originally published in the Autumn 2020 edition of SERA's flagship magazine, New Ground. 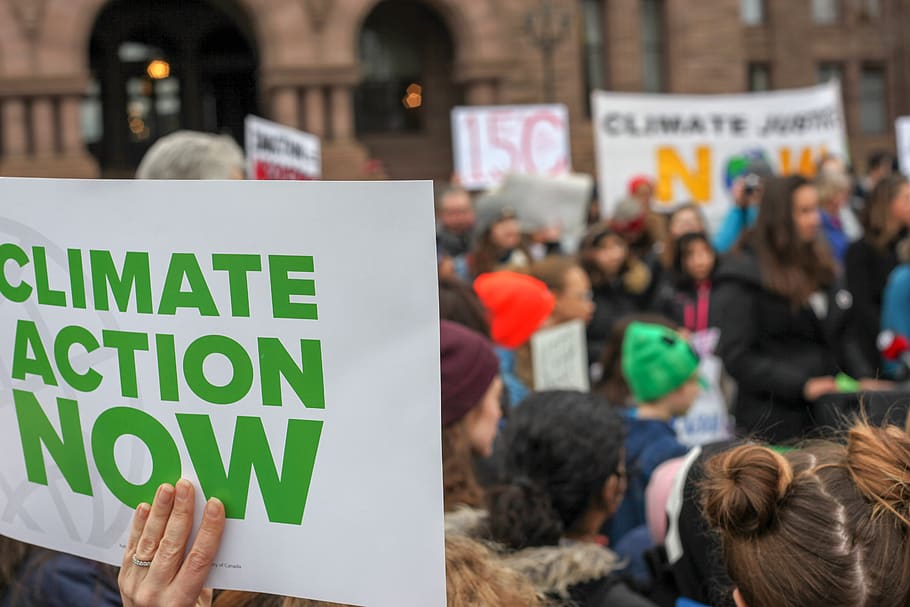 The Coronavirus pandemic is a warning from the future. It has brought the fragility of our increasingly interconnected economic and social systems into stark relief. A health crisis became an economic crisis, a social crisis, a political crisis. The word ‘resilience’ now peppers the policy PDFs of governments, NGOs and multilateral institutions. Let us hope that this tragedy focusses the minds of those leaders who routinely ignore the great fragilities that threaten peace and stability, from inequality to financialisation - or precipitates their downfall. But, the pandemic also serves to remind us of the huge environmental threats looming on the horizon, which are set to shake our systems to breaking point, making Coronavirus look like a dry run.

The environmental crisis is already changing our world, making highly damaging events more likely and more severe. The devastation brought by storms and other extreme weather, the grinding hunger resulting from degraded land and dying crops - even pandemics - are all made more likely by our destruction of the natural environment.

These individual shocks ripple out through our interconnected economic and social systems. For example, a single destructive storm in an important food-growing region can cause localised damage, disrupting the area for years to come. But, the storm will also impact people who live far away, as globalised food supply chains are disrupted and prices rise, possibly threatening the stability of countries who can’t absorb the cost and are already experiencing political and economic problems.

Now, imagine such events happening more often and with greater severity, crashing into a world not only reeling from the last shock, but suffering the consequences of the slow grind of higher temperatures, less water, and poorer soil. In all, the environmental crisis could be creating a world more destabilised than in living memory.

This trend is set to accelerate, as the destruction of nature is only increasing. This is a future in which countries are already struggling with the aftereffects of the pandemic - poorer, beset with unemployment and political polarisation - and in which the costs of environmental shocks begin to add up, pushing societies further into crisis. As these shocks get more extreme, so do the costs. The environmental crisis could change the very nature of risk, creating a world of ongoing, saturating destabilisation.

This is why leading scientists and international organisations now routinely warn that societies will simply not be able to cope in such a world, overwhelmed by the constant state of destabilisation and uncertainty created by the environmental crisis. Accordingly, militaries around the world are preparing for such a future, one in which, as the US director of National Intelligence has concluded: ‘global environmental and ecological degradation…fuel competition for resources, economic distress, and social discontent.’

To doom or not to doom?

Nothing can be changed unless it is faced. But, conceiving of such a future can be scary, exhausting, even debilitating. Extinction Rebellion, Greta Thunberg and many more have rightly railed against the failure of mainstream politicians, companies and even environmental groups to use language that proportionately describes the threat. Until recently, narratives of emergency and catastrophe were often conspicuously absent from mainstream political narratives on the environment. Yet, this is a crisis.

A debate goes on over what balance is appropriate. If we go too hard on narratives of failure and threat, will people turn off, frozen by fear and demotivated by doom? Some have been inspired to action by books aggregating the worst-case scenarios and warnings of societal collapse, but others have experienced mental health crises. On the other hand, the situation is dire, so will placing too much emphasis on the positive examples of change or downplaying worst cases, however possible, lead to more of the dangerous complacency we’ve seen to date? Predictably, those who’ve often used denial are increasingly experimenting with arguments on either side. ‘It’s too late, so give up, protect yourself (while our company continues to burn coal),’ or, ‘sure, there’s a climate crisis, but it’s not that bad - cancel the apocalypse (so our company can continue to burn coal).’

Debates over which environmental narratives are most effective have often set up a dichotomy, between our response to fear and hope, doom and optimism. Going too far in one direction is surely misguided. But, the wider political context is a key but overlooked factor. Bluntly, it is hard to argue that any major political leader has ever been fully ‘honest’ about the environmental crisis and, consequently, built a programme of government action commensurate to the scale of the problem. Accordingly, it so often feels like the race to stem the worst of the environmental crisis is being run with a break on. No wonder some are worried about telling people the truth: it’s almost too much to bear when we look at the complacency, mediocrity and chipper incrementalism of our leaders.

What’s missing is the combination of truth and leadership. The former demands we admit this is an emergency of an almost incomprehensible scale and severity; it is a planetary emergency. Facing up to its horrifying consequences is painful and it’s all too easy to slip into doom as we bear witness to China’s expansion of coal power or our government’s failure to meet environmental targets. That’s because leadership is missing. True leadership frees us from the fear of the truth by awakening our agency, giving us all a role in a great, collective effort to overcome a shared threat.

The best way to predict the future is to choose it

We felt this fear when we learned of the truth of the Coronavirus pandemic back in March, the accelerating death toll and the risk that the NHS could become inundated. While the Prime Minister bumbled through press conferences, we as a people provided our own leadership, rallying to assemble community networks, building temporary hospitals, and signing up in our hundreds of thousands to volunteer. Ripples of inspiration and care coursed across the country, waves of emotion crashing down as we clapped for our carers in those dark months.

We should be scared about the environmental crisis. Ask those on the frontline. The increasingly dire consequences are already here and have been for generations, falling disproportionately on those least responsible for its causes. And as the recent Black Lives Matter protests serve to remind us, the environmental crisis is only one manifestation of wider systems of oppression and extraction; the frontline extends to those socially and economically marginalised across the world.

That shared connection, across the disenfranchised and the endangered, is precisely why to fall into doom is to fundamentally misread our current moment. Over the last few years, movements, many of which have grown over generations, are bursting into the mainstream. They demand what is often missing from mainstream discourse on the environmental crisis: a fundamental transformation in prevailing economic and social systems. Some of these ideas may seem radical, until you consider that the current trajectory, of catastrophic global heating and runaway extinctions, is the truly radical position.

Agency is everywhere. Future greenhouse gas emissions are one of the most important determinants of temperatures in the coming decades, so we will reduce them to zero, fighting against every fraction of a degree. Ecosystems can flourish again, so we will restore them. How we treat those who suffer from the environmental destabilisation we cannot prevent will only ever be a political choice, so we will choose compassion and care.

Bubbling up from the wave of truth brought by campaigners and scientists is an emergent leadership that binds together a coalition of voices fighting against the inequities and failings of the status quo. The growing maturity of this cause is particularly striking in the US. There, an ecosystem of influence comprising upstart think tanks, such as Data for Progress, grassroots campaigners, particularly the Sunrise Movement, and a new generation of politicians, including Alexandria Ocasio-Cortez, are channelling the desire for change and rejecting the incumbent politics of 4°C and mass extinction.

Crucially, they do this credibly and, as a consequence, have built an effective power bloc, as proven by their influence over Joe Biden’s impressive climate plan. While not nirvana, it is clear that a Biden victory could further embolden this progressive turn. What is the UK translation of this turn? Can its constituents encompass school strikers and racial justice campaigners as well as unemployed youth and the wider victims of austerity and the bungled pandemic response? Who are the British AOCs? These questions should occupy our minds in the lead up to the 2024 election. Remember, that’s the halfway point between the IPCC’s 2018 report and 2030, when global emissions must have fallen by 45 per cent.