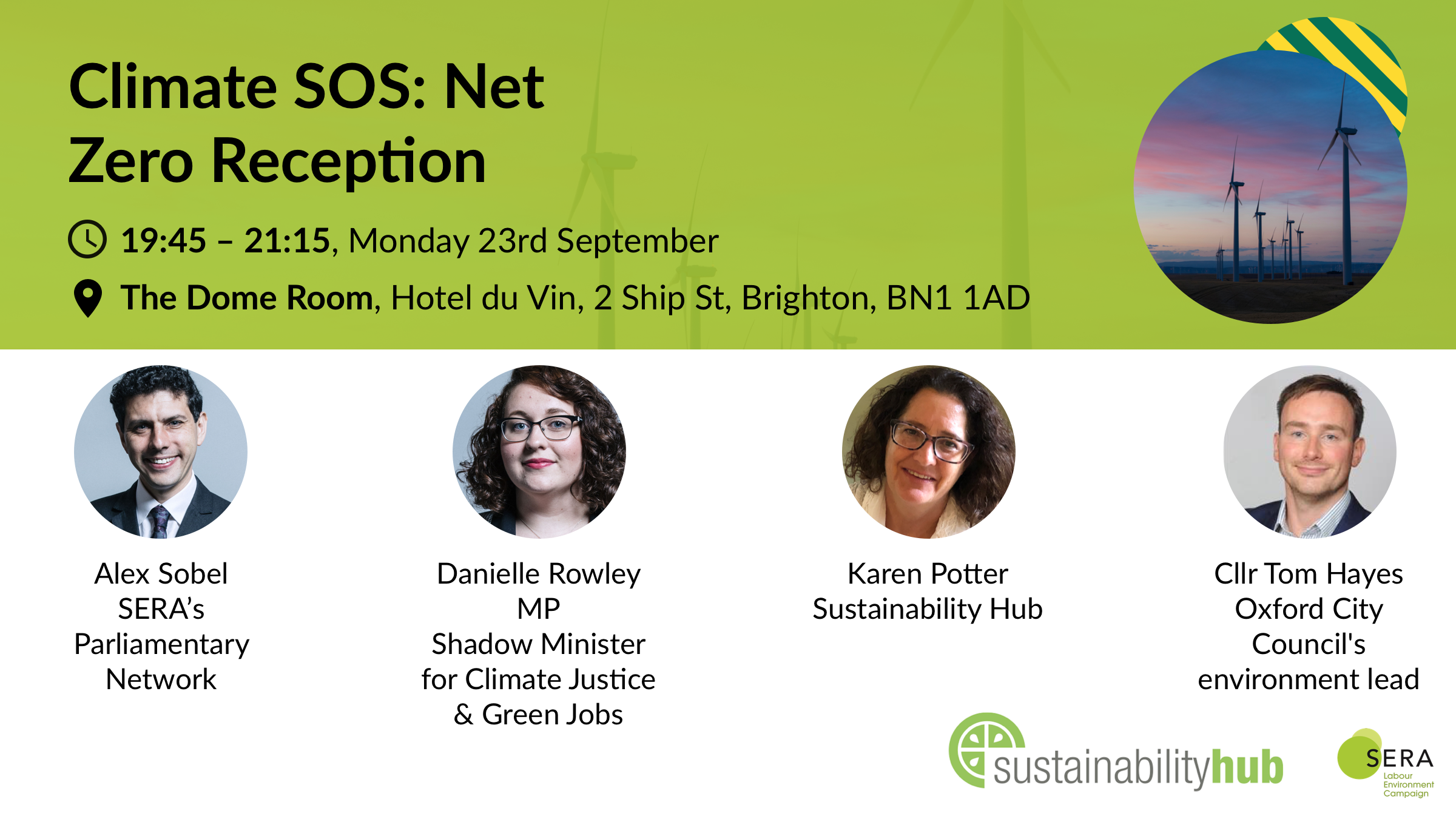 Join SERA and the Sustainability Hub for an evening reception to hear Labour's plans to transform the economy to achieve net zero carbon emissions and take on the climate and environment emergency over wine and canapes. We will hear from one of Labour's newest and most exciting shadow ministers; Danielle Rowley, Shadow Minister for Climate Justice and Green Jobs.