Net Zero: is it enough?

Bryn Kewley is a member of the SERA executive and advisor to the Shadow Minister for Energy & Climate Change. He tweets at @BrynKewley. This article originally featured in our last issue of New Ground, SERA's magazine exclusive to our members. Here Bryn says we should switch our the focus from the date by which Britain must decarbonise to the hard questions of how to make progress. Which policies, what regulation, which industries will be affected, and how do we bring people with us? 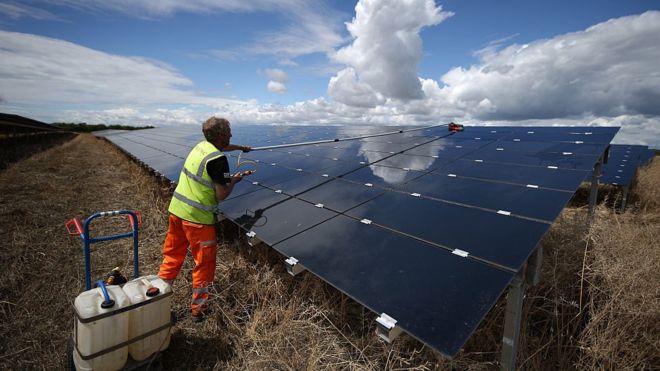 The truth is, none of us know. Many fought hard to change the UK’s climate change target from an 80% reduction in greenhouse gases to a 100% reduction. The conceptual jump to net zero by 2050 still gives me quixotic daydreams – we’re talking about completely ending the UK’s contribution to climate change.

Labour moved early to its position of net zero before 2050 at its party conference last year. Then, with one eye on her legacy, Theresa May cleared the way for government adoption. But is it enough?

Campaign group Extinction Rebellion (XR) certainly think not. The very fact that we get to ask this question is in part down to their impactful campaigning. Between the eye catching ‘12 years’ in the IPCC report, last year’s scarily prolonged hot summer, Greta Thunberg and the success of her ‘Freedom Friday’ school strikes and the ongoing efforts of David Attenborough – Overton’s window of the politically possible has shifted significantly and everyone is talking about climate change.

It’s worth remembering that Net Zero was on very few people’s minds early last year, no mainstream NGO was campaigning for it, XR didn’t exist and Greta was still in school. Huge progress has been made in little over a year with a change in the law to greatly increase the UK’s climate ambition. We’ve come a long way in a very short period of time.

Now it’s the nature of campaigning to keep the pressure on, but sometimes you have to celebrate a win. Most of the big NGOs have welcomed the progress to Net Zero, yet others have completely disagreed and called it a ‘betrayal’, so what’s going on?

As part of my work advising Shadow Energy and Climate Change Minister Alan Whitehead I meet regularly with the excellent Chris Stark, CEO of the Committee on Climate Change (CCC), who would update us on Net Zero report as it developed. For months I held concerns over how strong they could make the report, if the date would be 2050, whether a 100% reduction could even be reached, and a myriad of other issues and did what I could to increase their ambition.

When the Labour team were briefed before that CCC report launch not only was the important net zero by 2050 target there, but they’d gone beyond what we had expected suggesting a ban on watering down domestic action with carbon offsetting and unexpectedly including international aviation and shipping as well! I’m sure that all the campaigning and public pushing helped us arrive at this unexpectedly positive result.

It came as a surprise then, when this CCC report was attacked so fervently.

‘Setting a legal target to reach net-zero GHG emissions significantly before 2050 does not currently appear credible and the Committee advises against it at this time.’

It’s such a rare thing for popular pressure to arrive and capture our imagination just as the government is about to act. Often events happen first, Grenfell, the Salisbury poisoning or the release of the UN report on UK poverty, then government reacts. Or government acts first, evoking a policy like the hostile environment, privatisating prisons or outsourcing, and we only hear about the adverse impacts later. The genius of modern climate campaigning is that it’s both captured popular imagination and arisen at the same moment that Government had paused to think.

This has led rapid consensus from politicians to pass what was 12 months ago an ambitious piece of legislation. Yet today it’s derided as not good enough. But what would be? 2045 as mainstream NGOs Friends of the Earth and Greenpeace are calling for? 2030 the Green Party position? 2025 the XR position? What’s realistic and plausible? And more important than picking a target, how do we get there?

What do we know?

Something needed to happen as the world is currently on track for more than 3°C of damaging global warming around 2100. We know that the IPCC says that we have 12 years for the countries of the world to have peaked their emissions and have embarked on a rapidly reducing pathway.

This is sometimes misinterpreted as saying countries must stop emitting in 12 years, but this is when they should have peaked and be on a downward trajectory. The UK with its historical emissions needs to move much faster than the average country. 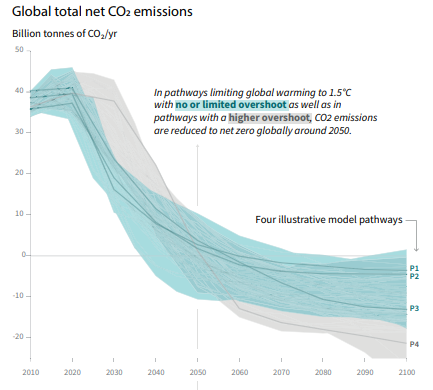 We know that we are already risking some ‘tipping points’. Melting ice in Siberia is releasing methane, a potent greenhouse gas. Retreating white glaciers and melting polar ice are reducing the earth’s ability to reflect the sun’s warming rays back out into space. Each of these feedback loops increase the terrifying possibility of self-sustaining, rather than just human induced, climate change.

We also know about the potential impacts. One of the most serious is that fresh water currently trapped as ice all over the world is rapidly running into the sea, diluting the salt water near the poles which keeps the oceans circulating. Disturbing this system could have catastrophic consequences. The last time the oceans stopped circulating was during the mass extinction event 66 million years ago in which around 90% of ocean species died.

The stakes are high and the scientists at the IPCC have given us estimates on these kinds of outcomes. If the world can stick to 1.5°C as decided in the Paris Agreement it’s estimated to be more likely than not that these events won’t take place. Clearly we need to move as quickly as we can.

Greta Thunberg mentioned these tipping points in her speech to Parliament. She said that the IPCC predicted they could be reached in 2030, “unless [by 2030], permanent and unprecedented changes in all aspects of society have taken place, including a reduction of CO2 emissions by at least 50%.”

Undoubtedly Extinction Rebellion and others calling for 100% reduction by 2025 have helped inject a sense of urgency into the debate. My worry is that if we end up in a Pyrrhic battle about who’s the most green, measured by who can name the earliest date, we’ll be missing the point or worse. I have friends who have literally shut down airports who now have to justify their green credentials because they’re not sure a 2025 target makes sense.

It’s important not to overplay the facts. The world won’t burn if we don’t reach net zero by 2025. IPCC Report co-author Prof Myles Allen has said that the UK’s Net Zero by 2050 is “consistent with a global effort to limit warming to 1.5 degrees.”

We’ve been here before. In the run up to the Copenhagen climate conference NGOs stated that it was “the last chance to save the world”. Despite strong rhetoric, policies couldn’t be agreed on, common cause wasn’t found and the talks collapsed.

Rather than argue over targets we need to argue over the hard questions of how to make progress. Which policies, what regulation, which industries will be affected, and how do we bring people with us?

“Targets are helpful, but what we need is policies that actually deliver.”

A bridge too far

If a 2025 target means shutting down industries which will not be able to adapt fast enough, rapidly pushing up the cost of energy, stopping people from driving and cutting into people’s life choices, will we have beaten climate change? Or have we fallen into the trap of disadvantaging and taking chances away from the very people we mean to help?

We can beat climate change without the damage but it needs time. With help and time industries can thrive in a zero carbon future, electric vehicles will be cheaper than fossil fuel alternatives, we can insulate millions of homes meaning less fuel poverty and fewer winter deaths, we can rapidly deploy renewable energy and drive towards a clean green energy grid but it will take a little time.

Personally in a few years I would be in favour of asking the Committee on Climate Change to look again at the 2050 target to search for scientific way forward to move faster, perhaps 2045 or maybe even sooner – but it’s science and evidence that should be pointing the way.

As David Attenborough said in parliament recently we need to move as fast as the electorate will let us but we also need to work hard to bring them with us. Otherwise what are we beating climate change for? From the poorest of countries to the richest the game is learning to create fulfilling but sustainable lives. Climate change will damage those who can least afford it, but frantic climate action creating jobs and industries might lead to the same result.

Shades of grey arguments aren’t easy to make. Greta is not wrong, the house is on fire and we need to act as fast as we can. But let’s be smart about putting the fire out lest we accidentally knock the house down.