Why there is no Carbon Plan to meet the Fifth Carbon Budget... yet 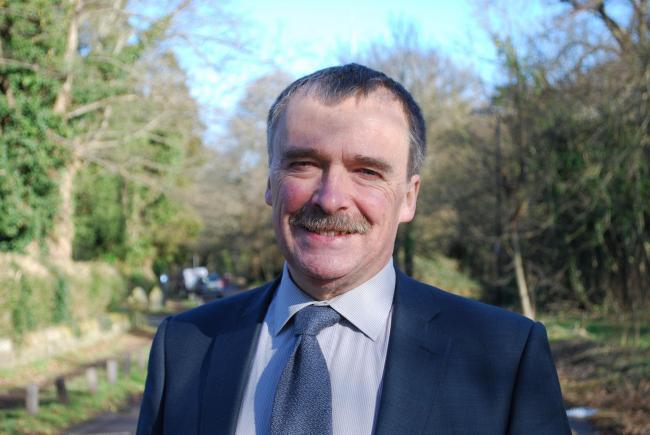 This article was originally published in the Spring edition of New Ground - our members' magazine - prior to the snap 2017 election announcement.

Months later however, and there still is no plan...

In Parliament, we’re eagerly awaiting the publication of the latest UK Emissions Reduction Plan, which was supposed to have followed the adoption of the UK’s Fifth Carbon Budget in July 2016.

At the risk of teaching people to suck eggs, it will be remembered that under the terms of the Climate Change Act 2008, the Government is required to adopt five -yearly carbon budgets which limit the level of emissions permissible at the end of each budget period.

Parliament is supposed to adopt carbon budgets three budgets out – we’re currently in the middle of the 2nd carbon budget (2013 - 17) and the fifth budget covering the period 2028 - 2032 was adopted i n July of last year .

The targets set by carbon budgets are quite challenging – by the middle of the third budget, emissions should be 35% below the base year of 1990: the Fourth Carbon Budget requires a drop of50% by 2025, and the fifth, a further drop to 57% of the 1990 figures by2030. We are likely to be able to meet the first three carbon budgets targets partly because of substantial decarbonisation of the power sector with the switch away from coal, but after that the going gets tougher. Currently, the UK is estimated, on present policies, to be off target from meeting the Fourth Carbon Budget by about 10%: worse still, we look like having no serious chance of meeting or approaching the targets we have set for the Fifth Carbon Budget: and it is instructive to look at why for a moment.

The supposedly definitive plan for meeting the Fifth Carbon Budget now that we have adopted it, is supposed to be contained in the Government’s Emissions Reduction Plan, supposed by law (the2008 Climate Change Act) to be published ‘as soon as practicable’ after the adoption of the budget. This document was supposed to be out at the end of 2016, which didn’t happen. Government then said in January that the plan would be published by March 2017: but most recently in the Government’s ‘industrial strategy’ green paper, this promise is changed to “during 2017”. So nine months after the adoption of the budget, we have no plan, and no prospect of one for most of this year.

This looks to be because civil servants are having great difficulty in putting together a plan that looks remotely coherent in the light of what has been happening to climate change policies over the recent period, and it is at this point that the long term consequences of actions that look to have been taken with short term considerations in mind start to be apparent.

To find this out, we need only look at the last Emissions Reduction Plan, published in 2011,and covering how we would aim to meet the terms of the Fourth Carbon Budget (which we’re currently lined up to miss on the basis of that plan, by the way).

So what was in the 2011 plan? As you would expect, some (then)quite plausible extrapolations of the long term effects of policies at that point underway: energy efficiency would play a strong role in the targets because of the Green Deal: ‘all cavity walls and lofts… expected to be insulated by 2020’ and other policies would result in ‘up to 1.5 million solid wall insulations.’ Electricity generation will be rapidly decarbonised: ‘by 2030 new nuclear could contribute… up to 20GW’ and ‘fossil fuel with carbon capture and storage could contribute as much as 10GW… renewable electricity could deliver between 35 and 50GW’. And for heat, well progress will be as rapid: ‘over 130,000low carbon heat installations are expected to be carried out by2020… by 2027 emissions from buildings should be between 24and 39% below 2009 levels’. And on transport, the plan envisages that the average for new vehicle emission levels by the early 2020swill be ’50-70g CO2’ achieved because vehicles ‘will run on ultra-low emission technologies such as batteries, hydrogen fuel cells , plug in technology’.

It is a measure of the way that low carbon plans have gone off the rails since that these scenarios now sound like fairly wild fantasy(at least on present policies)rather than an achievable, if stretching, goal. And as anyone with a reasonably clear memory can see, it is largely because of deliberate policy interventions by Government that this is so. We will not, for example, get anywhere near targets for generation with Carbon Capture and Storage attached because the Government cancelled the CCS pilot programmes for two CCS-equipped power stations last year, and we have at present no CCS strategy at all.

As far as generation goes, fans of new nuclear will be aware that the seven year delay to the building of even one new nuclear power station (Hinkley C) means that we will have (probably) just one new power station coming in at about3GW by 2030. The adoption of a tidal lagoon programme might substitute, but that has not been concluded yet. And of course the attack on renewables, particularly onshore and solar mounted last year, means that the target for renewable contribution must be in doubt.

As far as energy efficiency goes, the collapse of the Green Deal and the reduction in obligation funding for harder to treat homes means that we will fall desperately short of the treatments needed by the early 2020s, with no new plan in sight. And the truncation of the Renewable Heat Incentive will set the ambition of emissions from buildings seriously back.

In transport, noises suggest that electric and low carbon vehicles are really taking off – and in many ways they are – but not remotely at the speed likely to achieve the ambition in the 2011 plan – five years after the plan was published registrations of low carbon vehicles stood at only 1.3% of the total for 2016.

In short, the shortfall in the Fourth Carbon Budget, and the likely extreme difficulty of making the new facts fit any feasible attainment of the Fifth Carbon Budget, is pretty much entirely down to the abandonment of schemes with long term consequences which previously were at least taking us down the road towards meeting carbon budgets.

All this means that a new Labour Government will inherit a desperately stalled carbon budget plan, and will need to take very radical measures to get it back on track, which is what the 2008Climate Change Act was designed to avoid. A steady programme of budget emissions decreases and the ability to allow programmes to unfold coherently to meet them was the Act’s design: the legacy of George Osborne’s period in office particularly is that the legs of many of those programmes have been knocked away, with, as we can see desperate long term consequences for our climate goals.

Dr Alan Whitehead MP is Shadow Minister for Energy and Climate Change, MP for Southampton Test, and a member of SERA’s Executive Committee