Join us for the launch of SERA Cymru 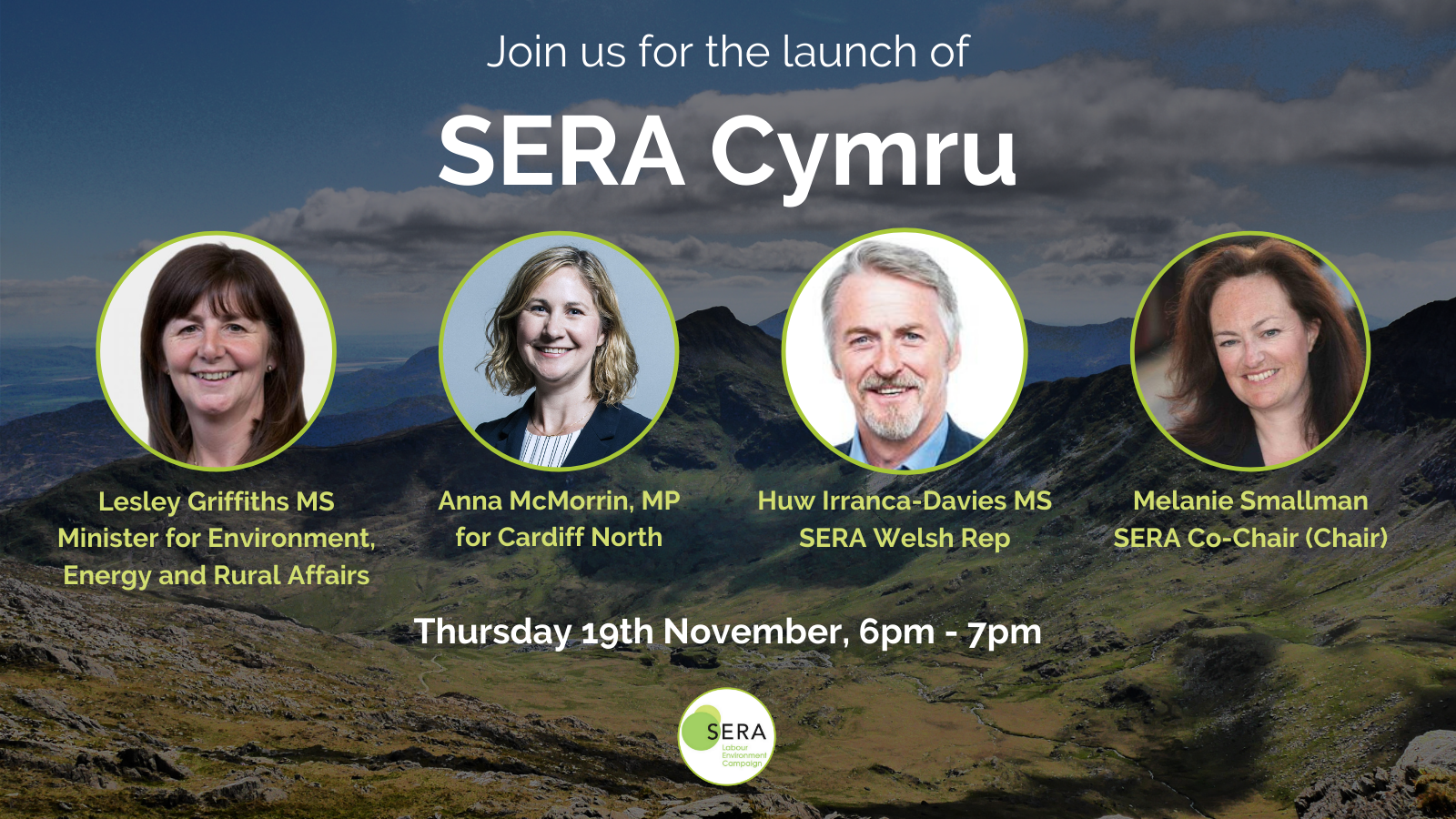 Join us for the launch of SERA Cymru, Thursday 19th November at 6pm with

You must register your place in advance. Register on Eventbrite here. Once you have registered, you will receive a unique link to join the call.

At SERA's AGM in February earlier this year, members voted to establish an autonomous SERA Cymru, along the lines of SERA Scotland. That's why we are delighted to host its launch with a panel discussion from leading Labour figures in Wales.

Wales is leading the way on the environment and climate change. From reaching the third best recycling rate in the world and passing the landmark Well-being of Future Generations Act in 2015, to being the first parliament in the world to vote for the declaration of a climate emergency in April 2019.

Since then, the Welsh Labour government has commenced almost £100m of new projects to tackle climate change and biodiversity loss and made plans to refocus billions of investment towards emissions reduction and habitat restoration. Where in power, Labour can deliver ambitious climate policies.

We were thrilled to host Mark Drakeford, First Minister of Wales at Labour Connected in September where Labour members heard the steps the Welsh government is ahead of next year’s climate conference COP26. We look forward to building on this conversation with key Labour figures in Wales.

At the launch of SERA Cymru, we’ll hear straight from Welsh Environment Minister Lesley Griffiths about Welsh Labour’s ambitious environmental agenda. We’ll also get Anna McMorrin’s insight on what Labour in Westminster can learn from Welsh Labour and we’ll also hear from SERA Welsh Rep, Huw Irranca-Davies about his hopes for SERA Cymru. This discussion will be chaired by SERA Co-Chair, Melanie Smallman.