Jobs and Economy in a Clean Energy Era: What Cities Can Do 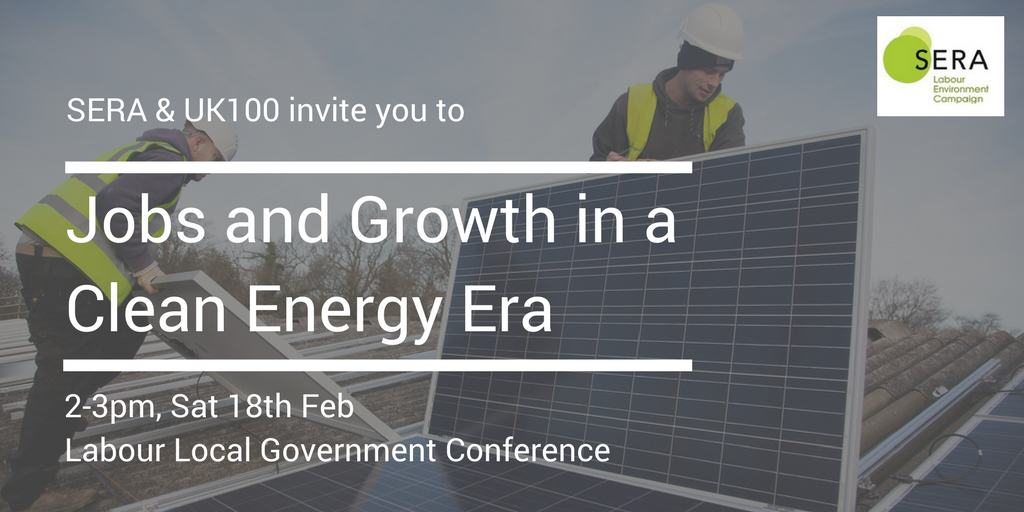 Join SERA and UK100 at Labour Local Government Conference to discuss how cities can take advantage of the clean energy revolution to power local growth.

Investing in clean energy locally has huge potential. The jobs it creates (over 110,000 in the UK according to the last international survey by IRENA (2015)) are typically highly skilled and sustained beyond construction. New renewable energy projects create 10 times more jobs than similar-sized fossil fuel investments.

Local authorities in the UK can take advantage of the clean energy revolution to power local growth. Leeds is aiming to become the first ‘hydrogen city’ “hydrogen city” hub by converting its gas grid to an all-hydrogen version by 2030, Bournemouth is aiming to attract businesses by becoming a green economy leader and Glasgow has created jobs and green capital by partnering with sustainable business on a variety of projects.

In each city, clean energy is not only providing economic stimulus and a wave of new jobs, but this growth is sustainable, with each city well-equipped to face the low-carbon future.