Labour in Europe - A Record of Climate Success

As a socialist society, SERA has always been pro european and passionate supporters of the EU. More than any other policy issue, the climate and environment emergency requires a global cooperative effort to tackle the crisis. Today we want to publicly thank and pay tribute to our Labour MEPs and the S&D group that have worked to promote social and environmental justice over the last forty years across Europe.

Theresa Griffin MEP writes exclusively for SERA on Labour's climate success in Europe. Theresa is Chair of the European Parliamentary Labour Party and lead Member for Energy, Industry and Digital. 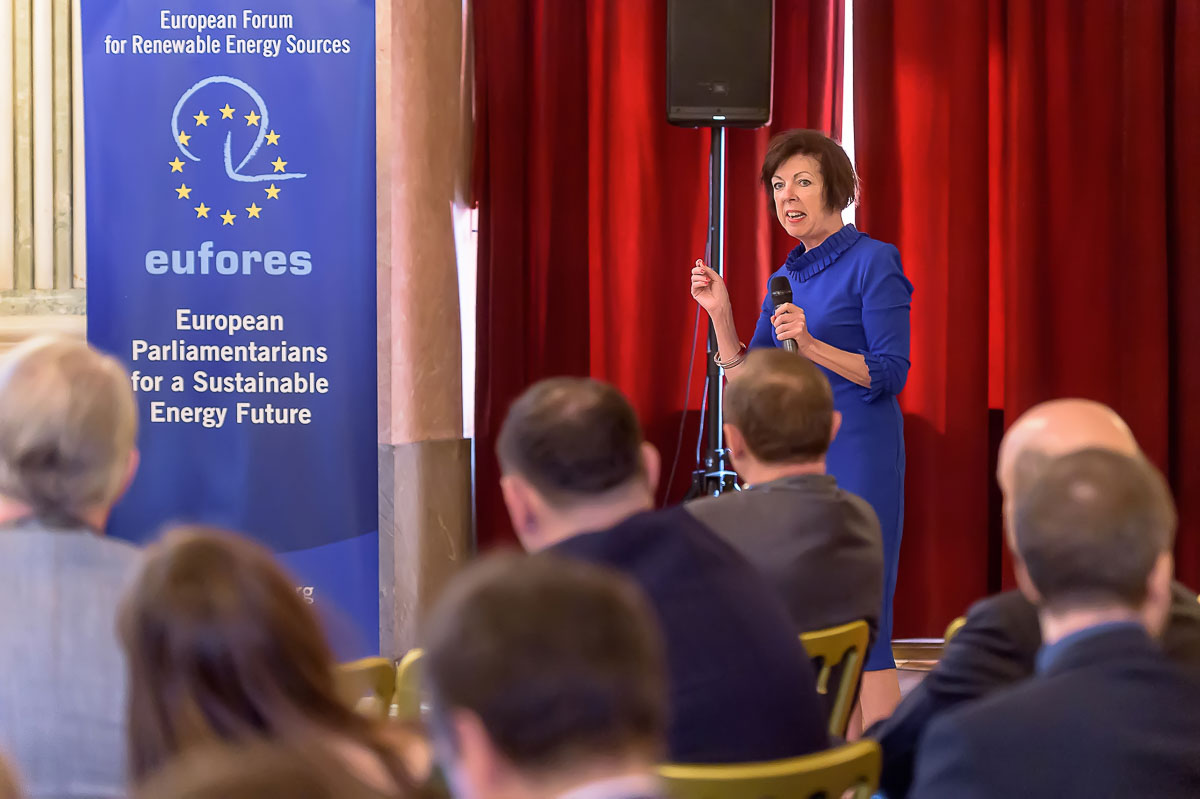 To celebrate the new decade, on 15th January 2020, the European Parliament overwhelmingly voted to pass the EU Green Deal, a package of measures which puts the EU on a path towards a socially just, green transformation and a new economic model that reprioritises spending in favour of the circular economy, in no small part thanks to the hard work of Labour MEPs and our allies across Europe.

But this was just our latest development in the fight to tackle the climate crisis. The Labour group in the European Parliament 2014-19 consisted of 20 MEPs, making us one of the largest delegations, not only in the Socialists & Democrats Group, but across the whole European Parliament. Thanks to our numbers, we were able to strongly promote our progressive agenda on tackling climate change.

As Labour MEPs, we have always put sound ecological policy and social justice at the forefront of our proposals on energy policy. As EPLP Energy Spokesperson, one of the first policy areas I looked at was the efficacy of technology in providing climate solutions – carbon capture and storage (CCS) technologies in particular. I hosted a number of summits on this topic, looking at the latest developments and innovations.

It seems clear to me that with significant investment, CCS offers a way of buying more time to decarbonise our economies and will be a necessary part of the process of reversing the damage done over many decades. But it does not replace the need for massive structural changes in our societies.

That is why I have consistently pushed hard for ambitious renewable energy and energy efficiency measures. The only way to prevent catastrophic runaway climate change is to reduce net emissions to zero and then to find a way to reverse the direction. We must radically alter the incentives within each sector to remove the motivation for the production of contributing emissions.

Meanwhile, we are not just ‘green’ MEPs so we know that we must always find a way to ensure that changes to the economy never come at the expense of our most vulnerable citizens. Tackling the climate crisis must also mean tackling energy poverty – social and climate justice go hand in hand. Especially given the UN’s estimate that on current trajectory, there will be over 200 million climate refugees by 2050. We know that if we don’t tackle climate change, it is the global poor who will suffer first and most.

Because of this, I was proud to launch the European Energy Poverty Observatory, with a commitment to study energy poverty across the EU. The European Commission estimates that as many as 11% of EU families live in energy poverty, but in truth, the figure is probably higher, due to methodological differences across the continent. I have made clear that one of the most important tasks for the Observatory is coming up with a consistent definition of energy poverty!

This was followed by the resumption of work on the Clean Energy Package in 2017. The negotiations on this package were multifarious and involved many a long night of arguing the case. An initial proposal by the Commission of a 27% target by 2030 for renewable energy (as a percentage of overall EU energy supply), was far too low. In the Industry Committee (ITRE), progressives pushed for a much higher 40% target, but were eventually voted down to a compromise figure of 35% by the right-wing opposition groups.

This was accepted by the European Parliament as a whole and represented our bargaining position going into the final trilogues with the European Commission and Council. After even longer negotiations, the three institutions settled on a 32% target. Much lower than the 40% that Friends of the Earth estimated is needed to give us a 50/50 chance of staying within the 1.5°C target, however significantly higher than the initial proposal.

On energy efficiency, we secured a commitment to a 32.5% target in terms of reducing energy use across various sectors. This was another 4am discussion…

Shortly after the tragedy at Grenfell, I proposed including fire safety measures in the Energy Efficiency in Buildings Directive, and I was so proud and deeply moved when colleagues from across Europe agreed to insert those fire safety clauses with little argument.

We also secured measures to allow consumer generation of energy, support for energy co-operatives, assistance for Europe’s islands to generate clean energy, a smarter energy grid, better market regulation and much more. I was the Shadow Rapporteur (a sort of Opposition Spokesperson) on the Governance of the Energy Union. I pushed hard to ensure individual EU member states would have binding national targets written into their National Energy and Climate Plans, but I couldn’t force them to accept this measure at that point.

In the final few days of the 2014-19 Parliament, The Clean Energy package as a whole was fully accepted by all EU Institutions and became EU law. It was an incredible honour to be awarded the title of ‘Energy MEP of the Year’ in 2017 for the work I had done on energy poverty, renewable energy, and energy efficiency.

In May 2019, I was re-elected as an MEP and re-elected as Chair of a significantly reduced EPLP – down from 20 to 10 MEPs. Our commitment to securing the most ambitious possible policies for ameliorating the climate crisis and ending energy poverty remains steadfast. I was also asked to become the new President of the European Forum for Renewable Energy Sources (EUFORES) – as the previous two Presidents has been asked to become Cabinet Ministers in Luxembourg and Denmark respectively (I’m still waiting for the call…)!

In Summer 2019, I wrote to the newly elected leader of the Socialists & Democrats group, Iratxe García MEP, calling for us to take a lead from local authorities across Europe and from the wave of school and youth strikes for climate: we needed to declare a Europe-wide climate emergency. In November 2019, I was proud to watch the full plenary of the Parliament vote with me for this.

Also in November, as President of EUFORES, I hosted an inter-Parliamentary summit in Helsinki, with MPs from 18 EU member states, EU Commission representatives, trades unions, industry specialists, plus a delegation from various Balkan countries. At this conference, we made clear the need to massively accelerate the programme for a low-carbon economy – the measures set out in the Clean Energy Package earlier that year didn’t go far enough.

Which brings us to the EU Green Deal. The new mandate of the European Commission under President Ursula von der Leyen has promised to commit to significant increases in renewable energy targets and investment in green infrastructure. President von der Leyen has promised “at least 50%” renewables by 2030. The European Parliament has pushed even further and voted for 55% renewable energy targets. All a far cry from the nail-pulling in 2018 to secure a 32% target! But better late than never – let’s just hope it’s not too late.

This is why, in one of my last acts, I voted for an objection to the proposed Projects of Common Interest (PCI) List of EU-funded projects, because it contains subsidies for gas and oil projects and it seems bizarre to me that hard-wiring institutional subsidies into fossil fuel projects can possibly align with commitments to reduce carbon emissions and tackle the climate crisis.

On 31st January, the UK is set to leave the EU – I leave behind many talented and committed progressive colleagues, who will continue to fight for the climate justice we all need. But regardless of what you think of the EU – it is a powerful economic and political bloc.

Outside of the EU institutions, the UK’s Labour movement will be less able to influence global affairs and so we will have to find a new way to secure the ecological and social change we all believe in and need.