How York is going car free 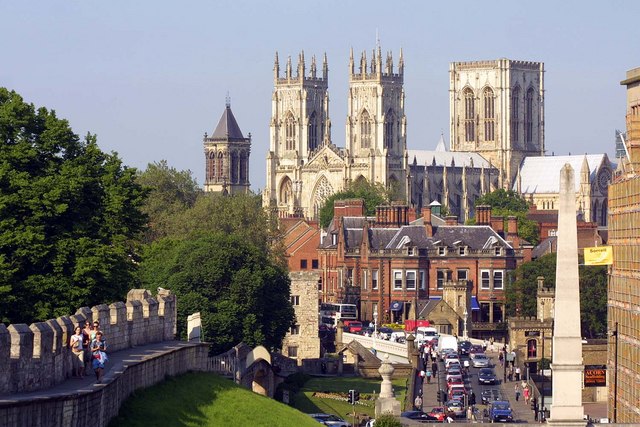 It may already be a cliché, but it doesn’t make it untrue - the Coronavirus pandemic and consequent lockdown has changed everything. Just exactly how remains to be seen. So, what does that mean for politicians at a local and national level who were already trying to reimagine the status quo? The goalposts have certainly moved - but not necessarily the goals themselves.

I’ve spent a lot of time these last few months thinking about what sort of world we will emerge into when lockdown is lifted. And in amongst the worry, frustration and difficult news I believe there are some real causes for optimism too. In York, as I’m sure is the case in cities across the country, communities have come together, things that were thought crucially important earlier this year seem insignificant now and new ways of being are already beginning to emerge.

One noticeable impact has been a dramatic fall in the number of cars on the roads. The resulting improvement in air quality has been equally dramatic with a 30 per cent reduction in York’s Nitrogen Dioxide levels being recorded in just the first few weeks. It’s not only the air quality that has improved though: the streets are calmer, it’s less stressful to ride your bike and it’s noticeably quieter. My Ward colleague who has lived in the city centre for 15 years discovered that his cherry tree continually buzzes from pollinating bees – something he’d never previously noticed.

It feels like a sneak-preview of some of the benefits that we hope to be achieving in York by 2023. Because back in early January – almost a lifetime ago now – York was making national and international headlines as the first UK city to propose banning cars from the city centre.

York Labour’s opposition council motion - ‘to reduce unnecessary car journeys across the whole city’ and ‘to develop and implement a plan to restrict all non-essential car journeys within the city walls by 2023’ - was adopted shortly before Christmas with support from a couple of Independents and the greener parts of the ruling Lib Dem / Green coalition (all but one of the Lib Dems abstained). I hadn’t thought of it as being a particularly radical motion in the wider context of our council’s previously declared Climate Emergency - and we never actually said ‘ban all cars’ - but it clearly resonated with a far larger audience than I had anticipated; perhaps testament to an idea whose time had come.

The Lib Dems’ abstention underlined an apparent lack of ambition and strategy in the council’s delivery on the climate agenda - something we have found frustrating and confusing given the many people on the streets and at the doors telling us they are ready for change and optimistic about the city’s new, low-carbon future.

That desire for change comes with good reason. The climate emergency provides the backdrop, but many York residents hold significant local concerns about poor air quality - an underappreciated public health emergency which is killing thousands of people annually across the country. In York, it is estimated that around 60 people die prematurely each year and we have several streets in or near the centre that - pre-lockdown - were illegally breaching WHO air quality limits.

To give some credit, the Council has belatedly launched initiatives including an anti-idling campaign aimed at motorists, a clean air zone (just for buses) and some modest measures to increase the uptake of electric vehicles. These were welcomed and undoubtedly part of the solution, but with less than half of roadside air-pollution coming from vehicle exhausts - the remainder comprised of brake dust, tyre wear, disturbance of road-surface debris, etc - such initiatives will only ever tackle part of the problem.

Beyond pollution, the cost to the city’s economy in lost productivity and delayed journey times resulting from congestion is thought to run well into the millions. Meanwhile, studies increasingly show that spending time in stationary traffic is bad for your health and well-being, with delayed commuters reporting higher stress levels and poorer mental health.

Streets with fewer cars are good for footfall-dependent city centre economies too, as places like Ghent in Belgium have shown. Concepts like ‘sticky streets’ and ‘go-to’ (as opposed to ‘drive-thru’) city centres have become increasingly popular in recent years. And post-Coronavirus people won’t accept being corralled down narrow pavements or through confined spaces, so by turning over more space to pedestrians now we can help reinvigorate the high street of the future, making it more accessible to more people - not to mention a nicer place to work, shop and spend time.

It’s not just about the climate emergency, public health or economic productivity though; some of York’s most deprived and socially-isolated communities are located beyond reasonable walking distance of the city centre. Likewise, there are those for whom even a few short steps are impossible. By making it as easy as possible to access York without needing a car - and by clearing the roads for those who genuinely do - York will become a more equitable city.

It is crucial then that we take a whole-city approach, ensuring public transport and sustainable travel options are as attractive and easily accessible as possible for as many people as possible. In doing so we can enable more and more people to make a positive choice not to use their cars, such that by 2023 the car needs no longer be the default travel choice for the vast majority of people.

There is understandable anxiety in some quarters, with particular concerns relating to displaced traffic. Rather than worrying about diverting cars from busy roads or shoppers from city centre car parks, we must be thinking in terms of diverting people from their cars - whilst recognising, of course, that there will always be those for whom the car is a life-line. No-one must feel they are being targeted, excluded or made to feel unwelcome. To be successful, we must not ignore people’s worries or dismiss them out of hand. We must take people with us through dialogue and openness, whilst remembering always to keep clearly articulating the great many reasons why this is the right course of action.

I see many parallels with the introduction of the smoking ban back in 2007 (2006 in Scotland) which was controversial and seen by some as an attack on personal liberty. Yet, within weeks of its introduction we couldn’t quite believe it had taken so long to come in and it would be unthinkable now that it could ever be reversed.

Lockdown has created opportunities to trial both small and large scale re-designation of space from motor-vehicles to cyclists and pedestrians - we are already seeing some of the benefits informally. Such changes can begin as temporary measures but as the lockdown eventually eases, with each phase of reopening there will be an opportunity to see what temporary measures can be retained.

So as politicians up and down the country consider our responses to the crisis – and the pre-existing challenges of 21st century living - I urge you to be bold: As more and more Local Authorities take steps towards low-car, low-carbon futures, we can learn from each other. Everything has changed and many people do not want to simply go back to how things were.

2019 was a year of political turmoil that ended disastrously for Labour, but it was also the year in which the climate crisis finally crossed over into the mainstream. 2020 will be the year of the pandemic, but it may yet prove to be the year that fundamental changes to the way we organise our cities and societies took place.

In York, we found that by taking advantage of the local mood, with careful timing and a little political opportunism, we were able to set a clear, bold, strategic aim for our city from a position of opposition. With the full impact of the Coronavirus pandemic still playing out, I remain optimistic that the next years and decades will see us move away from individualised, car-dependent societies and towards more community-focused, people-friendly places and spaces. It won’t be easy and we will need to completely rethink how our towns and cities work. But even small changes can have big impacts.

At the turn of the year people were crying out for hope and optimism. Post-Corona we will need it more than ever before.