Rather than wait for national government to turn rhetoric into action, Labour local governments across the UK are getting on with the radical action needed to tackle climate change. Here, Cllr Jon Burke explains how Hackney's driving an ambitious shift to clean energy. 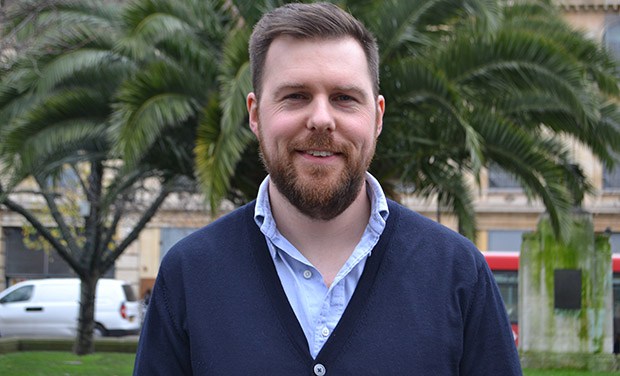 Reading about the transition from feudalism to industrial capitalism in Eric Roll’s A History of Economic Thought recently brought home to me the true scale of the climate challenge. Roll demonstrates the glacial pace (no pun intended) with which our current system came into being. We however have the unenviable task of transforming this system at a pace for which there is no precedent in human history.

The extent of the challenge is dizzying. The planet is now the warmest it has been for 115,000 years; the atmosphere has the highest concentration of heat-trapping carbon dioxide for 800,000 years; and nine of the ten global hottest years have occurred since the year 2000.

The good news is that decoupling energy from carbon emissions is both technically possible and, via the creation of good jobs and reducing pollution, highly desirable. The real question is whether we can achieve this transition with sufficient speed.

At the level of the nation state, the signs do not look good. Despite the apparent initial success of a Paris Agreement, it is abundantly clear that, with few exceptions, central governments have been characterised by inaction, contradiction, and continued ‘debate’ about science that is essentially settled.

Local and city government has however increasingly taken a leadership position on climate change. Trump’s decision to withdraw from the Paris Agreement has, for example, galvanised climate action at the state, city and local government levels across the United States. This is happening globally, with cities and municipalities doing the job that central governments appear incapable or unwilling to do themselves.

Not to be outdone, Hackney Council recently became the 71st local authority signatory to the UK100 Agreement, which commits us to the incredibly stretching target of deriving our energy from 100% renewable sources by 2050.

To achieve the UK100 goal we have begun by taking matters back to first principles. That means obtaining energy usage data across a local authority with more than 6000 employees, numerous directorates, and a vast number of buildings; it means understanding how we procure energy from the wholesale markets and what the alternatives might be; and it means establishing what the borough’s natural endowments are and how they might be used to help us to become a leader in clean energy generation.

This approach – efficiency, procurement, and generation – is being overseen by a newly-established Corporate Energy Working Group (CEWG), which meets roughly every two months and is attended by senior officers across every directive. This group is an important means of consistently emphasising the new, holistic nature of energy policy in Hackney.

Given the long-term scope of the target, organisational culture change is perhaps more important than technical fixes. This starts with creating energy policy leadership amongst senior officers, and will be sustained over the long-term by creating ‘path dependency’ across the local authority. Ensuring energy savings can be banked by heads of service is one way of achieving this in the short-term.

We are in the first stages of implementing a whole-authority energy efficiency framework in line with ISO50001, the highest internationally-recognised standard for energy management. Organisations following this standard have achieved reductions in both gas and electricity consumption of up to 20%, whilst also generating up to a three-fold return on investment.

In Hackney, savings on this magnitude would translate into £1.3m per year – equivalent to a 2% Council Tax rise – whilst making the decarbonisation challenge much smaller. As many of the organisations that have implemented ISO50001 have been big industrial users of energy with low demand elasticity, the scope to achieve efficiencies within a local government setting is perhaps even greater.

Hackney currently purchases its energy through the Cabinet Office framework. Despite attractive contract prices, this process also promotes the continued use of carbon-intensive energy, with around 80% of its electricity drawn from fossil-fuel sources. There is therefore scope to make progress towards our decarbonisation target through procurement. Officers are also currently preparing an options paper, focusing on three scenarios:

While the ‘going rogue’ option is very much on the table, collective procurement is obviously more desirable. Local authorities in London currently spend roughly £200m a year to light and heat their own buildings. Procuring at this scale therefore provides a huge opportunity to drive renewable energy deployment and ensure costs are kept low.

If the Cabinet Office is willing to reform, this approach could be badged as part of the national decarbonisation agenda. If not, local authorities will almost certainly find another way of weaponising their procurement of energy to tackle climate change. The ball is very much in the Cabinet Office’s court.

We’re taking Hackney back to its municipal energy roots. In keeping with pioneering local authorities such as Nottingham and Bristol, Hackney has now begun the process of establishing its own municipal energy company. One of the great strengths of the municipal model is that it that it allows for generation, distribution, and – increasingly – storage to be organised per local needs, rather than the priorities of a centralised system dominated by the Big Six.

While Robin Hood Energy has been incredibly ambitious about matching the offer of conventional energy companies, it’s important to recognise that this is just one option available to councils. Hackney will take a different route: one that is led first and foremost by the necessity of meeting our renewable energy target, but one that will still have wider social objectives. Crucially, the route we pursue will seek to use the roof space we own - 50% of the residential roof space in the borough - to cover Hackney in solar PV, a technology that is cheap, proven, and a very visible expression of our ambitions.

The beauty of decentralised energy is the level of flexibility it provides: Swindon is using surrounding farmland to create solar farms whilst Enfield is using waste heat from the Edmonton Eco Park. Municipalities which have none of these attributes should look to others for inspiration, such as Lincolnshire County Council, which is using its 4000 miles of verges to produce biogas from waste clippings.

If, excluding housing (which requires its own package of measures), Hackney reduced its corporate consumption of energy by 20%; if it were able to achieve the not unreasonable target of 50% renewables from purchased energy; and if it were able to generate a modest 10% of its energy from its own renewable energy infrastructure, we would have reduced the carbon intensity of our energy consumption against current levels by approximately 65%.

All these measures, with the political will and a relatively small amount of capital investment, could be delivered tomorrow.

I firmly believe that it is already possible to make significant inroads towards our target of energy from 100% renewable sources by 2050. There will no doubt be unanticipated barriers and in some areas, such as natural gas, infrastructure that does not currently exist will be necessary to meet the UK100 target. However, what is abundantly clear is that, with existing renewables technology, with the intelligent use of procurement, and with a rigorous approach to energy efficiency, a fossil fuel-free world is possible.

Cllr Jon Burke is Executive Member for Energy, Sustainability and Community Services at Hackney Council and is Labour Councillor for Woodberry Down. He tweets at @JonBurkeUK