Shadow Industrial Strategy Minister Chi Onwurah on the flaws in steady-state economics, and why smart, sustainable growth is at the heart of Labour's plans for the economy. 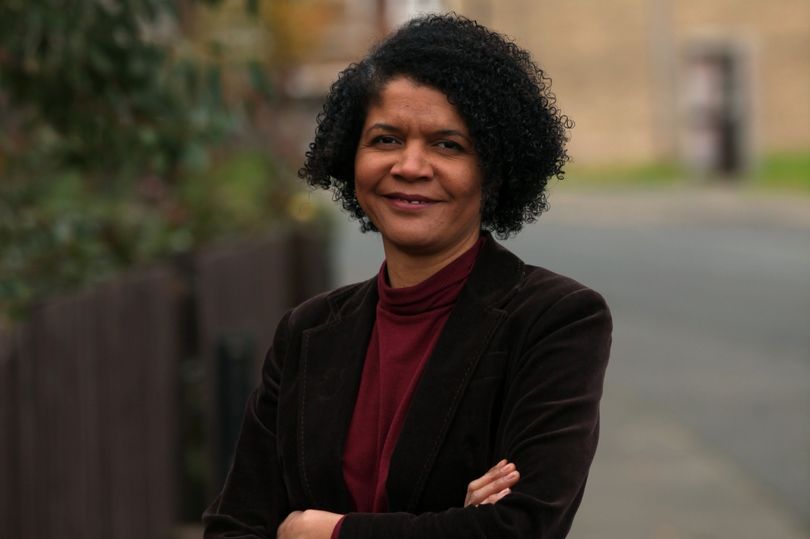 I like to say that I entered politics in 2010 for exactly the same reason I became an engineer decades earlier – to make the world work, better, for everyone. It’s certainly true that the world isn’t working right now – because of the huge levels of inequality – but also because we’re destroying it, through pollution and climate change.

For me being Labour is fundamentally tied up with being ‘green’ – we need a world that works for everyone, not just for those with the money to move to higher ground.

I am therefore proudly ‘Green Labour’ and a supporter of SERA. As part of this I recognise many shared values and objectives with the Green Party, from fighting austerity to preventing climate change. Labour’s record on environmental sustainability is a strong one: from 1997 to 2010, CO2 emissions fell year-on-year, accompanied by strong economic growth up until the onset of the 2007 global financial crisis.

But what distinguishes us from the Green Party is their belief that economic growth and environmental sustainability cannot go hand in hand, that sustainability means abandoning the quest for greater economic prosperity and achieving a ‘steady-state’ of zero growth.

In engineering, steady-state means ‘no change’, and in economics it’s largely the same. I don’t believe steady-state economics is the right way forward for our country – or even a way ‘forward’ at all. But to understand why, we have to start with the science.

The Second Law of Thermodynamics

Physics has always been the science which economics aspired to. And in 1971, the economist Nicholas Georgescu-Roegen – who wanted to be a physicist – drew a connection between physical laws and economic activity. He wrote a book called ‘The Entropy Law and the Economic Process’.

Since then, many green or ecological economists have taken his lead in applying thermodynamic principles to economics. This has been particularly influential in the field of sustainability and is one of the driving ideas behind zero-growth approaches to economics.

The argument goes that if the Second Law of Thermodynamics tells us that energy will become less and less available over time – and is, therefore, a finite resource – then there is a hard limit to the growth potential of any economy.

There is a problem with this analogy, however. Entropy measures the dispersal or disorder of energy in a closed or isolated system. The Earth is not a closed system: it is an open system in a universe which is both infinite and expanding – that in itself is enough to blow most minds. The Earth receives enough energy from the sun every hour to power the planet for a year.

So the question is not ‘how can we use less energy’ in absolute terms. It is ‘how can we effectively transform that energy into wellbeing?’

The best way of using energy more efficiently is through technological innovation. For example, the economist Carlota Perez has argued that the development and adoption of ICT technologies changes the rules of the economy. They make a ‘global green positive-sum game’ possible, allowing us to evolve towards a more sustainable future.

But it is competition for economic growth that drives innovation. Without some competition we will not have innovation. Steady state economics rejects the potential of innovation. The concept of steady state disavows the notion of evolution and in doing so makes us all poorer.

Beyond the economic imperative for innovation, there is also a fundamental psychological need for change. Humans everywhere desire self-actualization. This drives so much of our lives, from career choices to directing holiday hobbies. It may be the top of Maslow’s Hierarchy of Needs – prioritised after everything else – but it is still fundamental. And it is completely contrary to the idea of steady state.

Just look at the people all over the world yearning for change, for political revolution, for sustainable economic growth. If there was a mass movement for a steady state economy, what would its slogan be? “What do we want? No change! When do we want it? Yesterday!”

Even if we decided a steady state economy was desirable, I don’t think we could get there without famine and mass social collapse.

The current system is a mixed capitalist system, whether we like it or not – and I certainly know many people who don’t like it. The production of the goods that we need to survive and thrive is motivated by the drive for profit or growth. Introducing a steady state economy would risk the total collapse of the chains of production that our society depends on.

There is also the small question of the rest of the world. Many countries – and many parts of Britain – have not experienced the fruits of growth as fully as they should have. I am deeply sceptical of the idea that we should withhold from others the material and technological abundance that we have benefitted so much from.

I believe people across the world – whether in Newcastle England or Newcastle South Africa – should have the right to make a living, to trade, and to improve their lives and their communities. And it is also through trade and exchange that we can better know, understand and not fear other parts of the world. But steady state economics does not recognise that.

Finally, we should note that – despite apocalyptic talk of the ‘population time bomb’ – the long-term problem for advanced economies is not too many children but too few. Look at the demographic problems facing our ageing society and others across the world – particularly Japan, which is further along the demographic ‘curve’ and where one-third of citizens are above the age of 60.

People across the world want a future of making and building things. This is certainly true in Newcastle, the city I grew up in and now represent, where we take pride in our industrial heritage. Growing up in the shadow of Stephenson, Parsons, Armstrong and other greats of our industrial past was part of what inspired me to study electrical engineering as a young woman.

To continue our industrial tradition however as we work towards a greener future we need to develop sustainable manufacturing methods. That’s why I chaired the Manufacturing Commission’s report on ‘Industrial Evolution’, looking at ways to make our manufacturing sector more sustainable and resilient.

It is time for us to recognise the economic, environmental and social problems that current methods of production engender, and fundamentally change the way we make things. It is time for an industrial evolution.

The conditions exist for such an evolution: the global market for sustainable business operations is expected to reach between US $1.5 trillion and $4.5 trillion by 2020. Conservative estimates of the benefits the UK could gain through energy- and resource-efficiency amount to £10 billion per annum in additional profit for the sector, 300,000 new jobs and a 4.5% reduction in our total annual greenhouse gas emissions. This is an opportunity we need to seize – and we can only do so with a renewed focus on sustainable economic growth.

The next Labour Government will go further than the last in putting sustainability at the heart of its economic policy. Our industrial strategy, inspired by the work of leading economist Mariana Mazzucato, is oriented around key ‘missions’, the first of which is to draw 60% of our energy from low-carbon sources by 2030.

To achieve this mission, we’ll work with the private sector to develop new sustainable technologies such as Carbon Capture and Storage, affordable electric vehicles, and low-carbon chemical processing. Investment in these sectors will help us to meet our environmental targets, but it will also create new jobs in highskill, high-productivity industries.

My vision of our country’s future is one in which smart, sustainable growth is harnessed to improve the lives and wellbeing of everyone. Economic growth is not and should not be an end in itself. What matters is how that growth is generated, and how the rewards are shared. We should welcome the work of groups such as the Natural Capital Committee – set up to advise on the sustainable use of natural resources – and work to ensure that all growth is sustainable.

John Maynard Keynes, the most famous economist of the 20th century, once said he looked forward to a day in which we could ‘once more value ends above means and prefer the good to the useful’. We are still waiting for that day to come, but I believe it is possible – and that smart, sustainable and inclusive economic growth is necessary to get there.

Chi Onwurah MP is Shadow Minister for Industrial Strategy, Science and Innovation and Labour MP for Newcastle upon Tyne Central. She tweets at @ChiOnwurah