Ending Fracking And The Climate Emergency 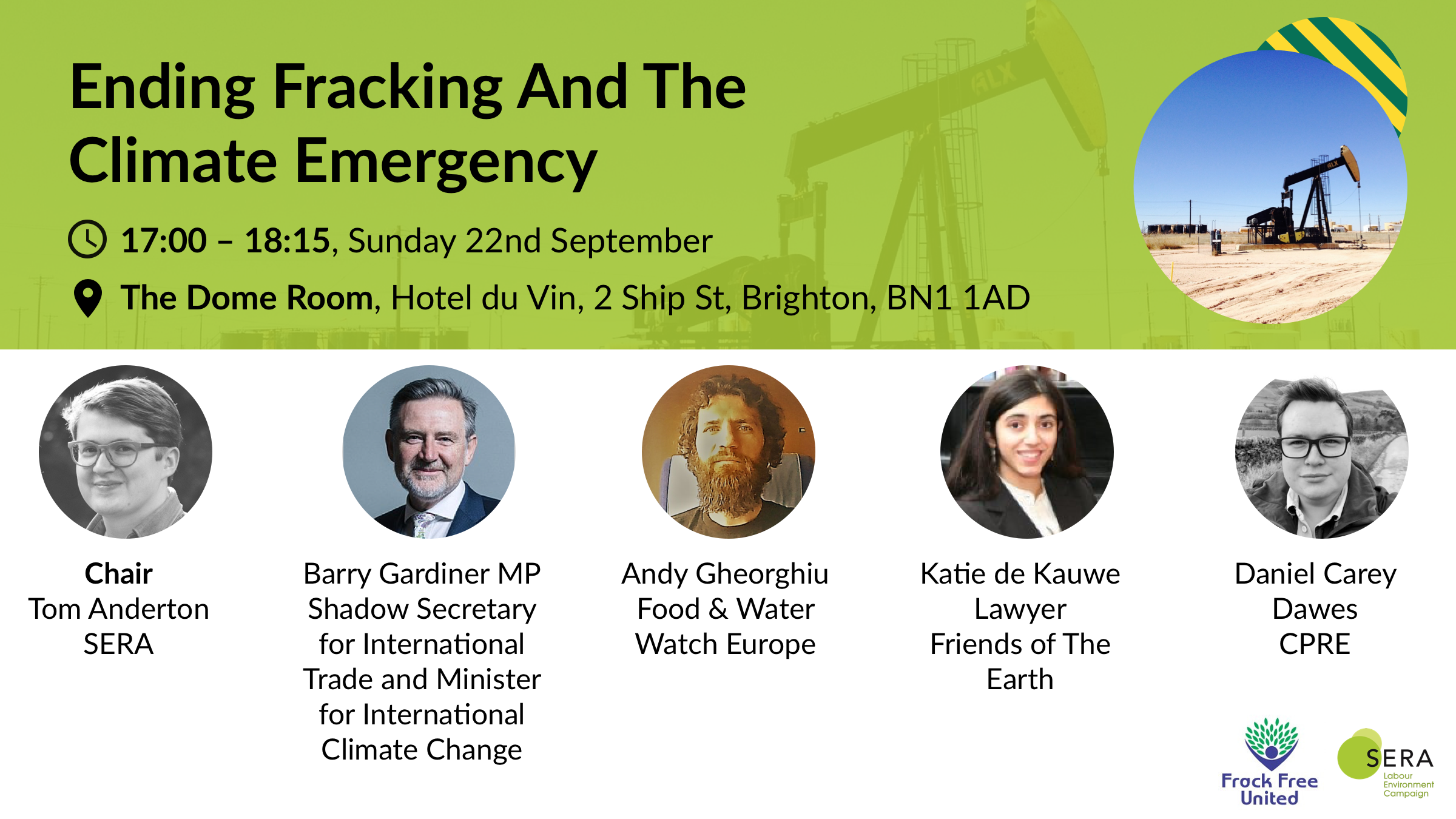 Our net zero targets will become just another set of warm words from the Government on climate action if we allow a new fossil fuel to flourish. It’s important to understand the influence and power of the fossil fuel industry and the lengths they will go to frack in the UK. From climate change to plastics the influence of the industry crosses political arenas, legal courts, and international boundaries. Whereas Labour has pledged to ban fracking, the Government is backing fracking companies and powering ahead with plans to devastate the British countryside.

Join key member of the fight against fracking in the UK where they will discuss the impact fracking has on the British ural communities and global methane emissions, how we can ensure energy security without resorting to fracking and shift away from a world dominated by extraction.