"The rise of electromobility is an absolute priority for cleaning our dirty air. Frankly, a No Dear or Hard brexit is a clear and present danger to our work" - Oxford City Council's Environment lead

Oxford City's Environment Lead Cllr Tom Hayes on EV's, British car manufacturing and Brexit. He argues it is critical that the UK has unfettered and permanent single market and customs union access, unhindered trade opportunities worldwide, and a means to recruit the very best overseas talent. That’s crucial for the 160,000-strong workforce that make up British car-making and last year exported 8 in 10 of the 1.7m cars manufactured. 5 in 10 of all UK-built vehicles were shipped to the EU—our biggest single trading region. 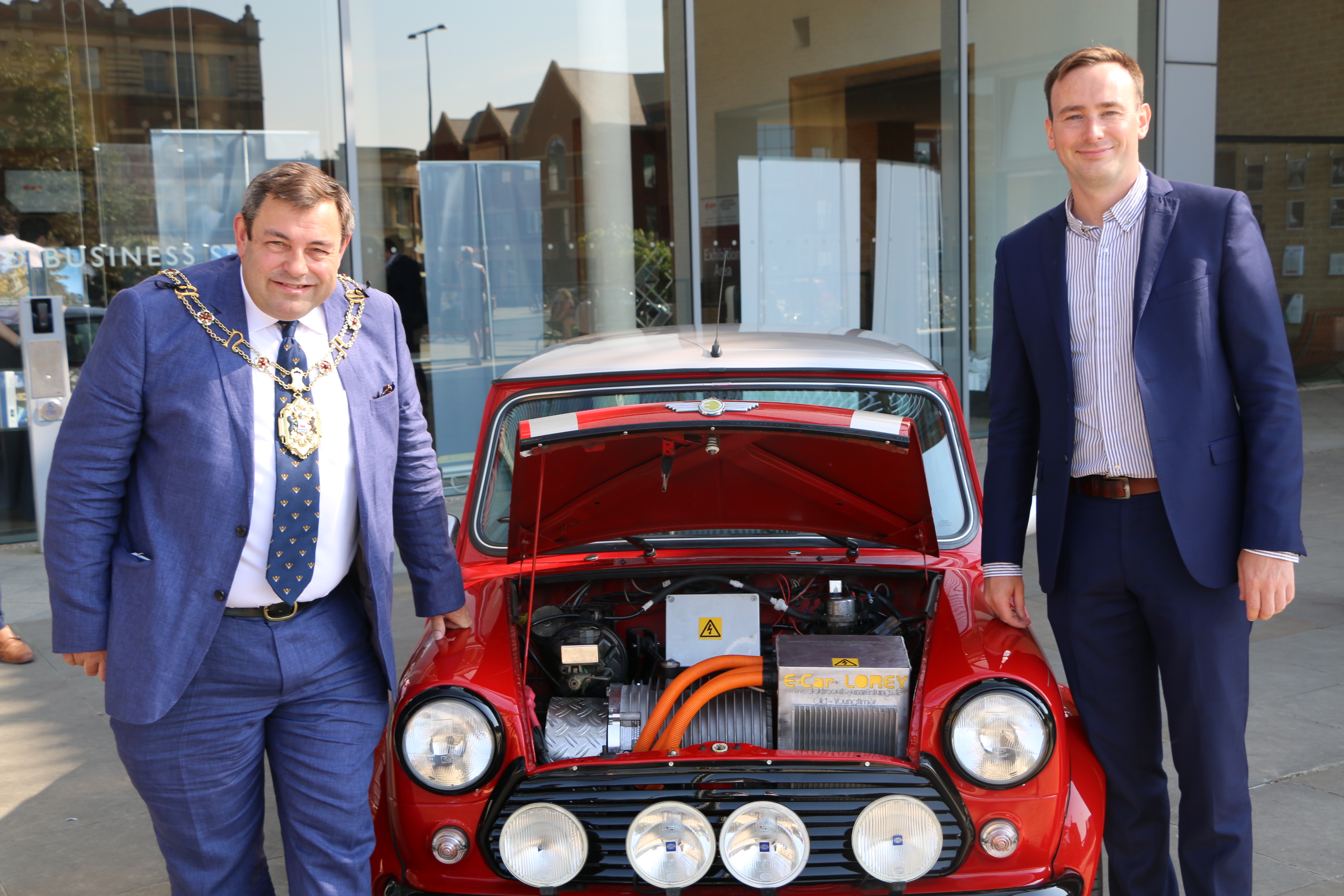 Around 1,000 MINIs roll off BMW Group’s Oxford production line every single day, with eight in ten cars made in Cowley ending up on foreign roads. The car-making industry is a great British success and Oxford’s MINI plant is a huge part of that.

The MINI plant generates money for our city and country and provides high-skilled jobs to thousands of employees and tens of thousands more indirect employment. The car plant is a source of great pride for Oxford. And, this year, in MINI’s 60th anniversary year and the same year Oxford announces our updated Zero Emission Zone, the Oxford plant will happily begin making an all-electric model.

As the City Council’s environment lead, the rise of electromobility is an absolute priority for cleaning our dirty air. It’s why we co-host a leading Electric Vehicle (EV) summit and invest in pioneering EV charging infrastructure, including the world’s first pop up chargers. Frankly, a No Deal or Hard Brexit is a clear and present danger to our work, as well as jobs and the right kind of growth for Oxford.

When you look into the success of any manufacturing sector, it’s important to ask probing questions such as ‘why did it start here?’ and ’how did it grow?’ Since the first ‘Bullnose’ Morris Oxford was built by William Morris a few hundred metres from where the plant stands today, there has been over a century of car-making. The plant’s fortunes have undoubtedly benefitted from a world-class and passionate workforce of which we are all very proud. So, too, has it benefited from our current membership of the European Union and the resulting free and frictionless access to the world’s largest single market and our biggest and most important trading partner.

Put bluntly, would UK automotive manufacturers employ so many people, invest so much money on technology, and run some of the most modern and advanced production plants anywhere in the world, just to sell cars into a predominantly British market? The answer is no, particularly for BMW Group. The domestic market just is not big enough to sustain that scale of cutting-edge car making.

A majority of the British public opted for a new future out of the EU. But nowhere on the referendum ballot was there the small-print to destroy our manufacturing sectors, in particular the competitiveness of the automotive sector. It is critical that the UK has unfettered and permanent single market and customs union access, unhindered trade opportunities worldwide, and a means to recruit the very best overseas talent. That’s crucial for the 160,000-strong workforce that make up British car-making and last year exported 8 in 10 of the 1.7m cars manufactured. 5 in 10 of all UK-built vehicles were shipped to the EU—our biggest single trading region.

There is no escaping the fact that exiting the EU’s customs union and single market would add big barriers to trade, red tape, and cost. However, the Government says that Britain is leaving both the EU’s single market and customs union—a move which could mean that goods would no longer be traded and transported freely over the border within the EU without checks and delays. Trade would no longer be free and frictionless with the other 27 members, which would stop automotive firms from sticking to the business model which has proved so successful.

The Prime Minister scrapped a first bid to pass her Brexit Deal, lost a second in the biggest parliamentary defeat ever for a ruling party, and won’t change her red lines or listen to other parties when they hold meetings with her. This week May whipped MPs to block a No Deal yet, absurdly, made No Deal more likely by calling for the EU to renegotiate the backstop. This is a gamble too far for the sake of Tory unity—frankly, EU countries would rather stick rusty needles in their eyes than negotiate a Brexit without a backstop. And, so, a no-deal Brexit creeps closer, although it would be the most disruptive outcome and cause enormous pain for jobs and the automotive industry as a whole.

Leaving our biggest and most important trading partner without a deal or a transition period to cushion the blow has to be avoided. Industries such as car-making would be ruined by a No Deal Brexit. We could see 10% tariffs slapped on British exports to the EU and a 4.5% border tax on parts crossing into Britain from the EU. How would British car-making absorb the enormous cost of a No Deal?

No Deal presents an additional problem—disruption to the flow of supplies over the UK border would damage the 'just in time' model used extensively by automotive manufacturers. If there are problems at the Channel Tunnel, manufacturers would have to look at different logistical channels for its supply.

Stockpiling then becomes a necessity even though it’s pretty hard for car-making given the complexity of the challenge. Not only is a lack of warehouse space a problem, but the nature of just in time logistics is that firms should not need a huge plant. Stockpiling is not a solution to the Government’s failure to negotiate any deal which passes Parliament, especially not its failure to negotiate a deal which meets the needs of car-making. Rather, it’s the least worst option to protect jobs and business.

The UK’s negotiating time is almost up, yet firms simply cannot wait until a few weeks before Brexit Day to make changes to their supply chain. We have a Government which is prepared to see car giants close down for weeks to manage the risks associated with their failure to negotiate a meaningful deal. BMW Group has been forced to bring forward their maintenance shutdown of Oxford’s MINI plant and extend it by two weeks, all to manage supply chaos arising from a No Deal or Hard Brexit.

Parliament has to start recognising Brexit as the highly complex and difficult negotiation that it was always destined to be. The country is desperate for the right arrangement to end this painful uncertainty. MPs should agree a Deal themselves or send it back to the people, but if Parliament is going to pass a Deal, it has to allow businesses to continue as normal until a new free and frictionless trade deal with the world’s largest single market is agreed and implemented.

Whatever happens, the road ahead looks bumpy. For the sake of so many jobs and so much of the right growth, we need Government to listen to our biggest firms and trade unions and do the right thing.