Long read: Driven Grouse Shooting - the Case for a ban

Dr Gerard Hobley is a biological chemistry researcher; an author of a number of publications; an active RSC member; and reviewer for Tetrahedron Letters. In 2013 he completed a teacher training course at Bradford College and has since been teaching in FE colleges. Gerard writes an extensive piece for SERA on the case for banning driven grouse shooting. The Labour Party are currently consulting on their Animal Welfare plans which includes a proposal to increase penalties for criminal behaviour as well as improve enforcement and prosecution rates for the persecution of birds of prey. You can let Labour know your thoughts on their Animal Welfare plan by clicking here 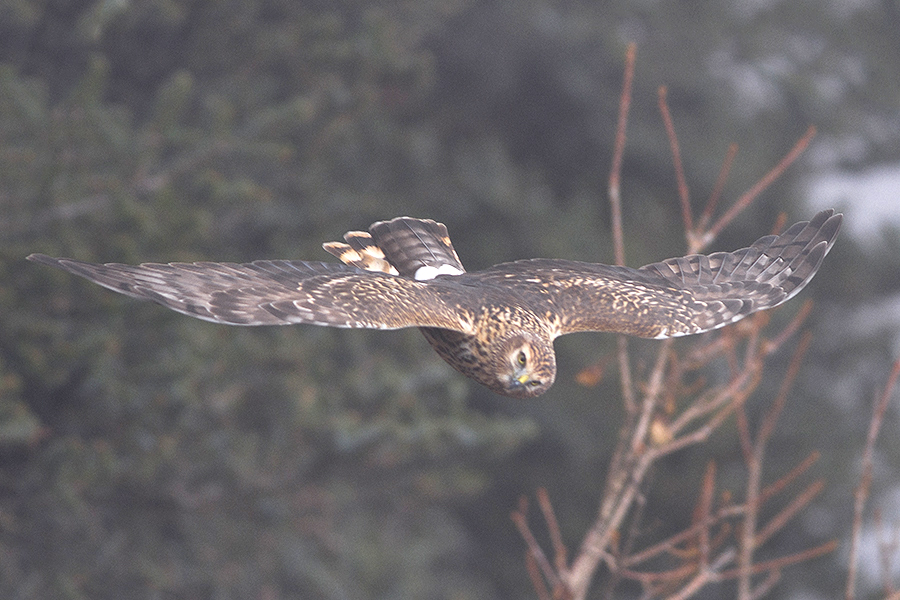 There is something very, very special about the UKs remote, wild and lonely places, where you can see for yourself, creatures that survive on the absolute limits of what’s possible. For me, rare birds and in particular birds of prey or raptors, exemplify this more than anything.

I have been involved in a campaign since 2012 to reduce levels of illegal (under the Wildlife and Countryside Act, 1981) raptor persecution within the UK. Primarily the killing of Hen Harriers, Peregrine Falcons, Goshawks and in Scotland, Golden Eagles by commercial Red Grouse (RG) shooting interests. There are 2 excellent websites that have been instrumental in co-ordinating this campaign and cataloguing raptor persecution incidents (Mark Avery and RPUK respectively). The history of raptor persecution is long and grim and has continued pretty much unhindered, despite it being illegal, since Victorian times. As a consequence, the bird species mentioned have failed to establish footholds over much of the British Uplands, their natural habitat and especially where driven grouse shooting (DGS) takes place. This is not a contentious issue and is widely accepted amongst government agencies and NGOs alike, including some shooting organisations.

Over the past decades, DGS and the practices associated with it have seen a massive intensification. Vast tracts of the British Uplands have been abused in this way. Look for yourselves on Google Earth, at the chequered patchwork of heather burning (muirburn) over most of the UK Pennines, to the North, South and East of the Cairngorms National Park and many other areas of the UK uplands.

It is interesting to ask why this might be the case? The moorland managers insist that their customers’ demand ever increasing bags of birds to kill on a shooting day and different moors are essentially in competition with each other to produce these “premiere” bags of grouse. However from what follows, this unregulated approach to “management” can be seen to have taken on the sense of a “runaway train.” For what exactly? So the rich and elite can brag about their kill rates over a drink

Unregulated intensification has led to a range of problems. Not only are most raptor species killed illegally, other predators such as Red Foxes, Stoats, Weasels, Jackdaws, Crows etc. are killed under licence along with a range of bye-catch species like Polecats, Badgers, Pine Marten and Wildcats to name a few. These creatures, some of which would thrive on the insanely high densities of RG, are relentlessly shot, trapped and poisoned, or their nesting attempts sabotaged. Predator control is a contentious issue since inflated predator populations could potentially clear other vulnerable species from an ecosystem. However, when the ecology of predators and prey is skewed by feeding the predators themselves with a massive overabundance of RG chicks, the point is somewhat mute coming from the land managers that put those chicks and therefore predators, there in the first place. In other words the moorland managers feed predators until their population expands, then they kill them, arguing that this benefits other vulnerable (Red Listed) bird species. Predator control, including illegal persecution, in these cases is carried out solely to boost numbers of RG.

RG, believe it or not, are also medicated with massive doses of antihelminthic drugs. Natural RG population densities are actually quite low, however on driven grouse moors, densities are such that intestinal infections with worms are common place and this can severely affect the annual shootable surplus. The solution favoured on most moors is unregulated dosing of the birds with anti-worm drugs. Combine this with the facts that a range of other chemotherapeutic interventions are commonplace and that most birds are killed with lead shot, which leaves very high levels of fine lead fragments, RG are hardly palatable and shoots often struggle to give away the excess dead birds, or charities inadvertently accept the meat unaware of the facts. There are additional problems associated with high population densities. For example, tick borne disease is rife and the moor owners routinely exterminate all the Hares or Red Deer on a moor to remedy this.

To maintain optimal heather conditions for the grouse, the moorland is burned producing the increasingly artificial patchwork of muirburn that can be seen on most grouse moors. Since peat is a vital carbon trap, burning itself releases greenhouse gasses to the atmosphere, but also, the thinner vegetation increases surface runoff rates which can lead to downstream flooding, as the inhabitants of Hebden Bridge, for example, know only too well.

The particular moor which affects Hebden Bridge, Walshaw Moor, like other moors, has been extensively drained, to produce more heather, further exacerbating the increased run-off problem. But this moorland drainage and burning is part of an even bigger problem. The destruction of blanket bog (a valuable eco-habitat in itself) severely limits the ability of moorland to trap CO2 and store this as dead organic matter, in the form of peat. Walshaw Moor is the subject of an EU legal action taken against the UK government at the behest of the RSPB and probably represents a worst case scenario. Whilst there is also some work and money made available, to moorland managers to help towards the reinstatement of blanket bogs locally, this hardly scratches the surface of the damage of decades of over intensification of grouse shooting throughout the UK.

These are vitally important issues that any form of joined up environmental policy must address: Carbon sequestration, to offset increased greenhouse gasses and therefore global warming; it is simply not enough to stop burning fossil fuels, since global ice caps are already melting at the current 400 ppm atmospheric CO2 levels, which are 2 x historic averages; and flooding which causes misery for thousands and increases everyone’s home insurance costs. Additionally it has been demonstrated that muirburn reduces water quality, something else that affects everyone, since treatment pushes up water prices and just about everyone north of Derby relies on water from the uplands.

Shooting organisations (Game and Wildlife Conservation Trust, GWCT and British Association of Shooting and Conservation, BASC) publish guides of best practice for most of the techniques used in intensive grouse moor management and insist that voluntarily opting in, to following these procedures, is the best form of regulation for the industry. However, probably because members of these organisations are heavily involved in the competition for “premiere” shooting bags, they are unlikely to self-criticise and therefore self-regulate. Generally all of the methods described are pursued to the maximum in order to secure very high RG densities and as new methods of intensification are developed, they are adopted with great gusto. Thus intensification has proceeded unhindered for decades. In a way, why expect otherwise? Grouse shoots are, after all merely pursuing a business model which strives for the best customer experience, as they see it.

The SNP have recently adopted a policy of licencing (L) for DGS and Scotland already has vicarious liability (VL) for wildlife crime. Whilst L and VL are good ideas in principle, it has always been difficult to police and prosecutions are very rare for wildlife crime in Scotland, as are licence withdrawals, whilst wildlife crime itself appears to be rampant. There is very strong evidence suggesting that Illegal raptor persecution remains the mundane routine on driven grouse moors (see RPUK).

There is a current petition calling for licencing of DGS in England and for the sake of fairness another asking for DGS not to be banned. If England were to introduce L and VL, this would likely merely demonstrate, like VL in Scotland, that neither actually works in terms of bringing this out of control industry into line with public opinion. Therefore an outright ban will be the only option. As Mark Avery so succinctly states, that in any case, the economic costs of DGS massively outweigh the benefits, so ultimately a ban is inevitable.

Visiting the moors in the UK National Parks has traditionally been a form of rest and recreation, for working families from the mills and mines of Northern Britain and part of this moorland experience is a re-communion with nature. Except nowadays a visit to the moors is hardly that, where driven grouse shooting takes place. These moors are barren, desolate monocultures. While a few creatures are favoured by the practices outlined, the vast majority of species fail to thrive. Compare the diversity of a heather monoculture with that of an area with recovering trees. In the latter heather, bilberry and a range of plant species can be seen to be flourishing along with the relevant fauna that goes with it.

If you have taken the time to look up and down the British Uplands on Google Earth, you will be aware of how dire this situation actually is, especially in England. Try to imagine the alternative ecosystems that could be predominating over these areas. Driven grouse monoculture, or a blended succession of all things between blanket bogs and climax forests. My mind was made up between 2008 and 2012 with a crescendo of bad news about “illegal” wildlife persecution incidents on or around grouse moors. I came to the conclusion then, that this industry is out of control with no intention whatsoever of reigning in its own excesses. There has been scant evidence to the contrary since and in that time the English population of Hen Harriers has been persecuted to just 3 successfully breeding pairs in 2017.

Dr Gerard Hobley is a biological chemistry researcher; an author of a number of publications; an active RSC member; and reviewer for Tetrahedron Letters. He teaches in FE colleges.