It's Up to Labour to Divest Parliament

SERA EXEC Member Louisa Casson on why Labour parliamentary candidates should support the Divest Parliament campaign - and what SERA members can do to support it. 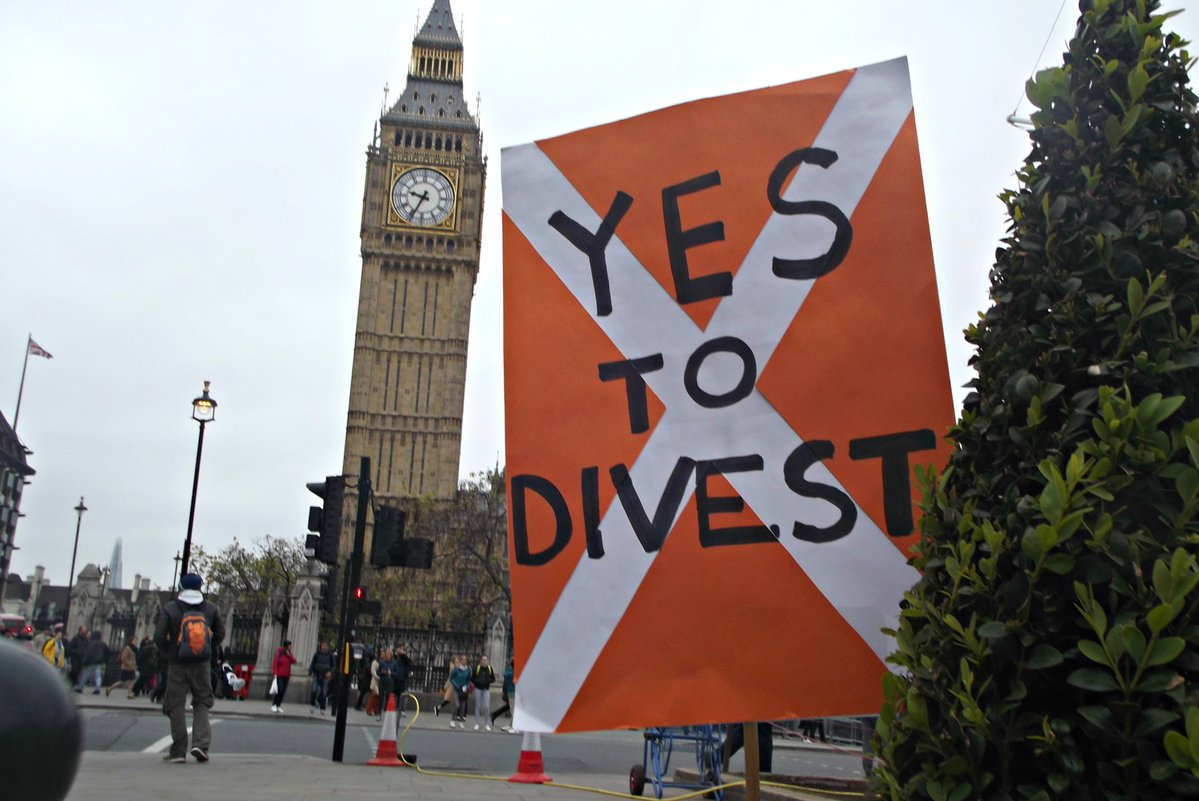 When you’re feeling at the mercy of powerful forces pushing us to the brink of global catastrophe, it’s important to focus on what we, as individuals, can do to alter what can feel unalterable.

With the rise of the far-right, Trump and harrowing conflicts dominating the headlines, it’s easy to feel powerless. But the climate movement’s divestment campaign changes this.

It is grounded in the reality that the clean energy transition is well underway, where continuing to invest in fossil fuels is actually a riskier financial bet as these assets become stranded – a warning echoed by the Bank of England. And it tackles the problem head on: as institutions and individuals remove their support for fossil fuels, this erodes both the industry’s financial dominance and social licence.

Already over 600 organisations and tens of thousands of individuals with assets worth over $3.4 trillion have made commitments to divest from fossil fuels, making this the fastest growing divestment movement the world has ever seen.

Will Westminster be the next to commit? Last year a cross-party group of MPs, alongside 350.org, launched a public campaign to get parliament’s pension fund to come clean from fossil fuel investments. This would be a huge victory for a fund worth £589 million, with political influence across the world.

Since 2014, a group of MPs across the political spectrum have been privately urging the trustees of the MPs’ Pension Fund to reveal how much of the fund is invested in dirty energy, and to improve their responsible investment policies when it comes to climate risk.

While the trustees, made up of MPs past and present, do now accept that climate change may pose a financial risk, they have so far resisted calls for greater transparency and improved risk management – an alarming prospect for all fund members. The Divest Parliament campaign is therefore calling for all MPs to show leadership on climate action and responsible investment by supporting action on their own pension fund.

If MPs are serious about tackling climate change, they shouldn’t be investing in fossil fuels. To align their money with their values, the environment Agency’s Pension Fund became the first pension fund in the UK to agree to divest almost the entirety of its portfolio from oil, coal and gas in 2015.

Now Labour can help Parliament get its books in order. Labour has consistently pushed climate change up the political agenda, and frontbench spokespeople have talked up the lessons we can learn from divestment.

Labour also has a particularly important voice in making the case for reinvesting these funds in the sustainable economy of the 21st century, prioritising a socially just transition to clean energy jobs and investment at the heart of Labour’s vision for an industrial strategy.

Labour councils like Waltham Forest and Southwark were also the first councils in the country to divest their pension funds from fossil fuels. These landmark victories have been the result of cooperation between local environmental campaigners, residents and councillors, with support from local MPs.

Since we launched in December, Labour MPs have been fastest at signing up to the Divest parliament pledge, calling on the fund’s trustees to “quantify, disclose and review the fund’s investments in carbon-intensive industries, engage in a dialogue with fund members and managers on responsible investment, and commit to phasing out fossil fuel investments over an appropriate time-scale.”

So what next does this mean for the Labour movement? SERA members can contact their candidates to ask whether they will commit to defending our environment and take the pledge Divest Parliament either in person at hustings, or using the campaign's simple email tool.

The list of candidates pledging their support is growing every day – and so does the momentum for a truly historic decision.

You can find out more about the Divest Parliament campaign by visiting their website here.

Louisa Casson is an environmental and climate campaigner and an Executive Member of SERA - Labour's Environment Campaign.