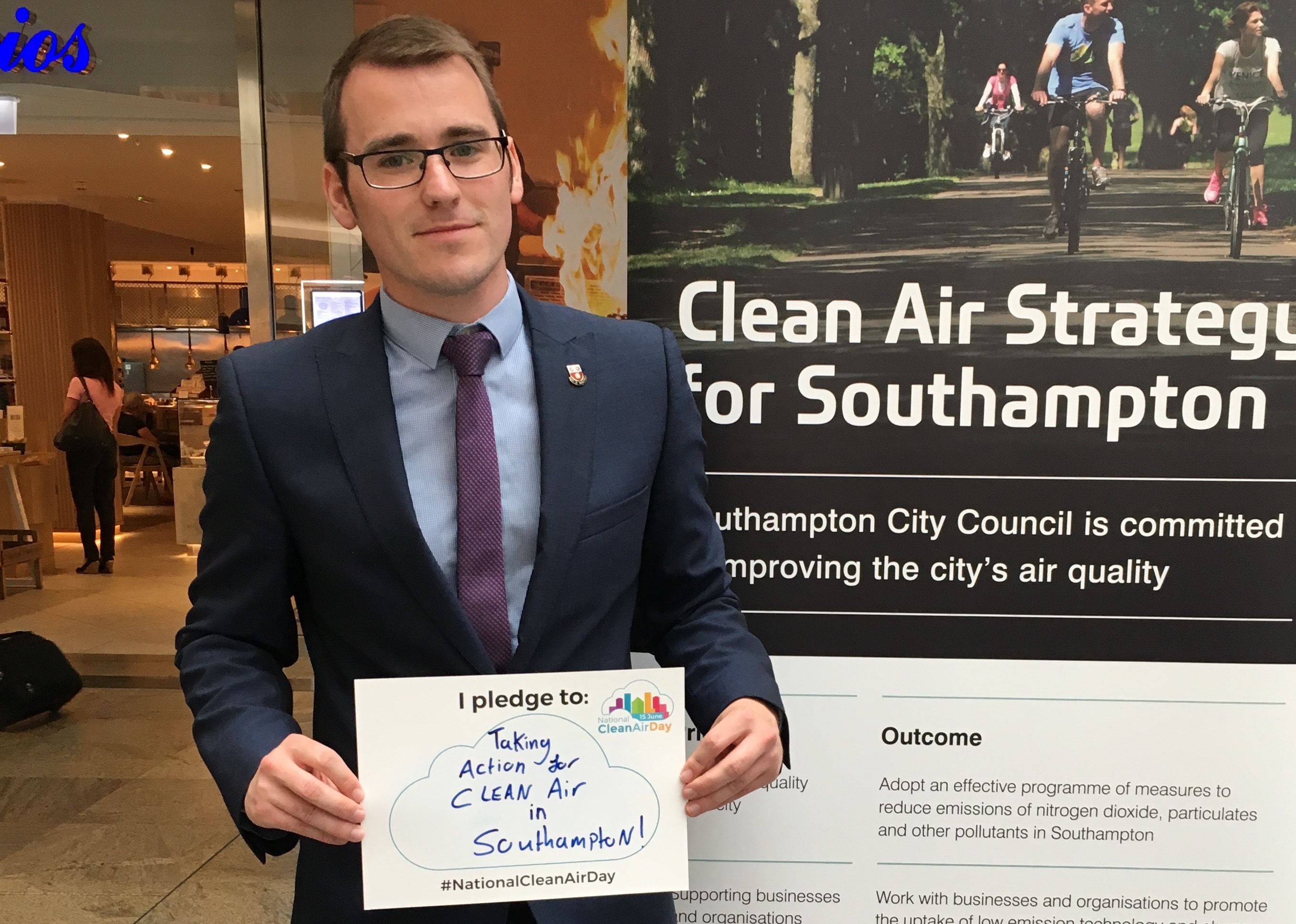 Southampton is proud of its maritime heritage and its thriving port economy, but this doesn’t mean a blank cheque to carry on polluting the city and choke its residents.

In November 2016, the Labour-run council launched its Clean Air Strategy which set out the vision and direction for our city to detoxify the air and get back within safe legal limits.

But no matter how willing, councils cannot be the only agent for change in improving air quality. Which is why we’re forming a Clean Air partnership to share best practice, pool resources and develop an accreditation scheme.

Each year we welcome 1.7 million cruise ship passengers into our city, but when their ships pull into port, their diesel engines keep running to power the vessel.

In some ports in America and Germany, Shore Power technology exists which plugs ships into the grid for energy as opposed to running their diesel engines. Sadly, we don’t have a single facility anywhere in the UK. So a cruise ship unplugs from a port in New York, sails across the ocean and then continues to pollute in our city for the duration of its stay.

It is unacceptable that this happens now when the technologies exist to severely reduce the emissions.

We’ve been working to introduce Shore Power in Southampton, but progress has been slow and the excuses have been plentiful. Unfortunately, changes are seen as optional and rely on goodwill from companies to invest in them – without government funding.

Another solution is Scrubbers, which when fitted to the funnels of ships can help reduce the sulphur and particulates being spewed in the atmosphere by nearly 90%. Again, left to the market, nearly 2/3rds of cruise ships currently don’t have these fitted. A recent Channel Four Dispatches’ reporter recorded levels of pollution near the funnel of a cruise ship in the middle of the ocean as exceeding that of Oxford Circus.

Locally, the port, cruise and container companies have made encouraging noises about recognising the impact they have on the city, but we’re still waiting to see some tangible results.

Nationally, we need to set a clear direction for the maritime industry by asking them to do three things; be open, present and accountable.

Be open about their emissions, recording and sharing their footprint – not for a witch hunt, but to have an honest starting point.

Be present at the table with other partners, to explore innovation and pool investments. Only then can there be genuine cooperation in making meaningful gains.

Be accountable, to ensure residents, policymakers and shareholders can keep them true to their pledges.

Government can solve many of these issues by using legislation to mandate ports to measure and publish emissions. However, this is just one example of how this Conservative government has ignored the public’s health by prioritising cuts in local government and environmental developments.

It is clear that only a Labour government, which has pledged to introduce a much needed new Clean Air Act, would support further improvements.

In Southampton, we’re proud that our port is the number one vehicle handling location, Europe’s leading turnaround cruise and most productive container port. But what would really enhance its reputation further would be having the first Shore Power system and being the greenest port in the UK. Labour-run Southampton City Council is working to make this a reality.