Cllr Tom Hayes, Oxford City Council portfolio holder for Safer, Greener, Environment writes for SERA about the launch of Oxford's Zero Emissions Zone. Here Tom shows how, faced with the Conservatives' lack of action on climate, Labour councils such as the one in Oxford are leading way on tackling the climate crisis. Find Tom on Twitter at @CllrTomHayes. 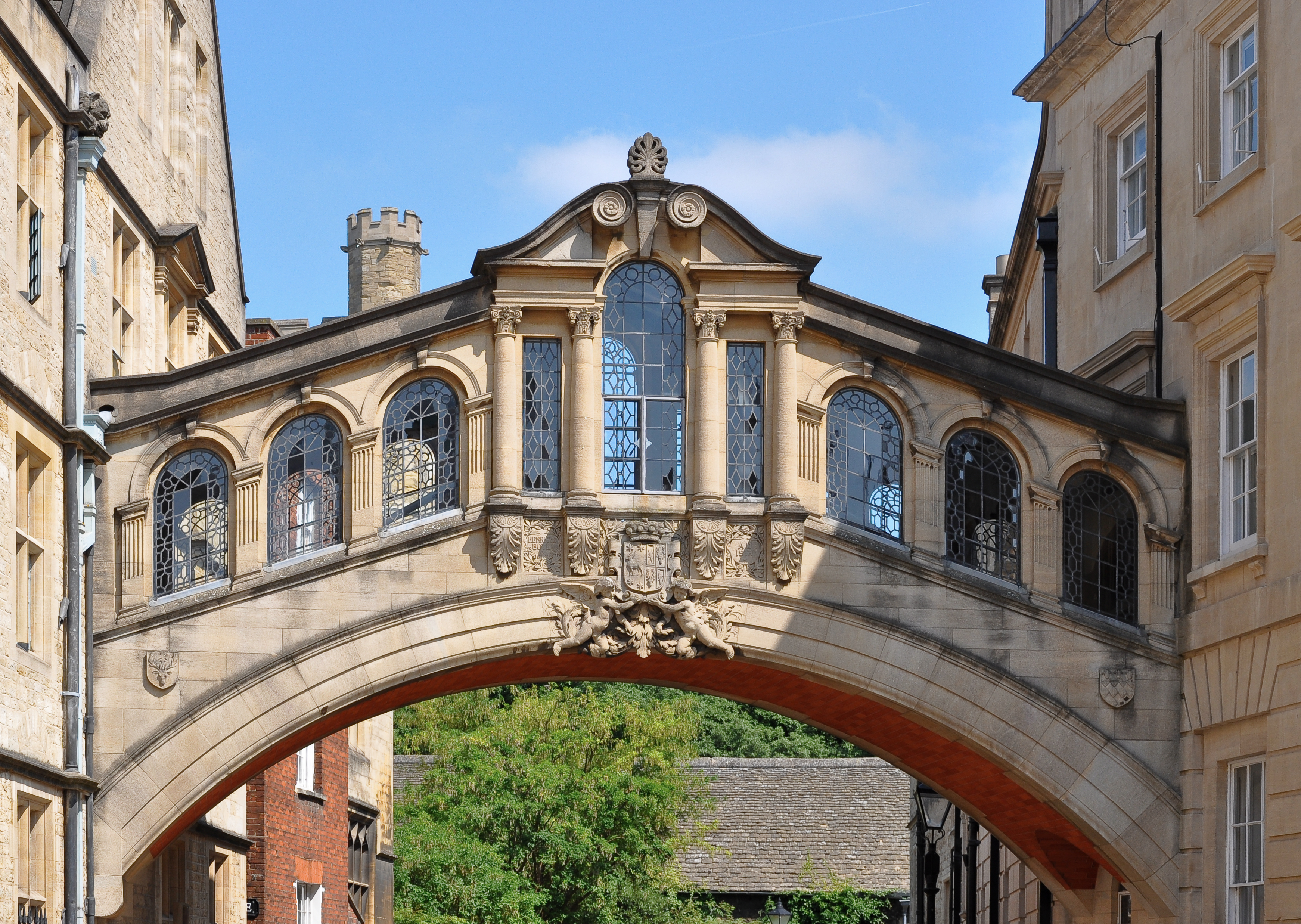 2020 will be a crunch year for our climate and all our futures. We must clean up the lethal air we’re all breathing and meet our climate emergency. It’s also the year that Oxford’s Zero Emission Zone launches and I’m thrilled to be sharing the final proposals for our ZEZ.

We’re celebrating the start of another decade, but it only seems like yesterday that we were ringing in the new century. In the twenty years that have passed, a lot of significant change has happened very quickly indeed and some of it has left us feeling unable to keep up.

It can be reassuring to our citizens that Oxford, with its narrow, medieval streets and historic buildings, has always been at the forefront of speedy and significant change, particularly in relation to transportation and technology. This was the case in the final years of a different century, the 1890s, when horses were the best way to get around. There’s no delicate way for me to put this: the streets on which bygone citizens lived, played, worked, and met one another, were often buried deep in horse manure. The horse may have been the dominant form of transportation for thousands of years, but with the growth of city living, the problems caused by manure, urine, flies, congestion, and rotting carcasses became a health crisis.

We know how this story pans out. Horse-drawn cabs gave way to private automobiles which changed Oxford’s street culture. At first, they were a novelty item for those who could afford them, but within a decade or so the car became a vehicle for everyone, even a necessity. Then the dominant way of getting around caused poo-lution which put people’s lives and health at risk; now fossil fuel vehicles cause pollution, of both our lungs and our planet.

Among the most important responsibilities of local public service is to protect all the people living within our communities and to enable the flourishing of all the places we care about. For nearly three years, we have been developing plans for a Zero Emission Zone (ZEZ) to protect our citizens’ health and support them, our city, and wider environment to prosper.

In 2017 we proposed a ZEZ for Oxford because people’s right to clean air is being attacked by lethal emissions from polluting vehicles. It’s 2020 and, after listening to residents’ views, we’re keeping our word by introducing a Zero Emission Zone along the lines that they want it to develop. Our hope for the Zero Emission Zone is that it helps to start the new decade in ways which enable our citizens to spend more time with the people and places they love.

We’re strengthening our 2019 proposal because, fundamentally, we’re living in a different world in 2020. Our climate is changing for the worse because of emissions from polluting vehicles, and we’re starting to see the negative impacts on all our lives. New figures show that the last decade was the second hottest and wettest in a century. 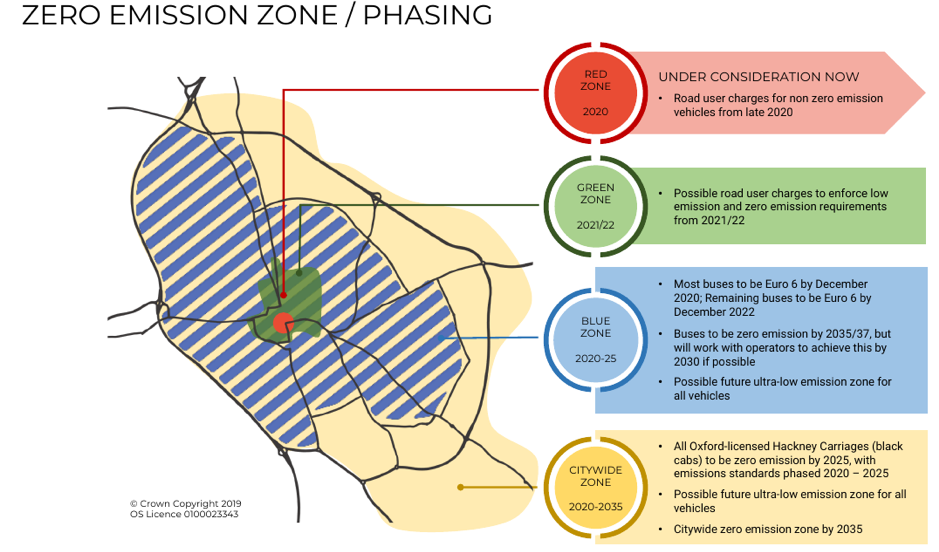 This is the same type of scheme as used in London and other UK cities to enforce emission requirements. Zero emission vehicles would be able to drive in the zone free of charge. Other vehicles would have to pay £10 per day (rising to £20 per day from December 2024) to drive in the zone between 7am and 7pm. There would be no charge outside these times. There would be discounts and exemptions for some road users, including residents. Buses and Oxford licensed Hackney Carriages which drive within the Zone have already agreed ambitious and stretching timelines for zero emissions fleets across Oxford. 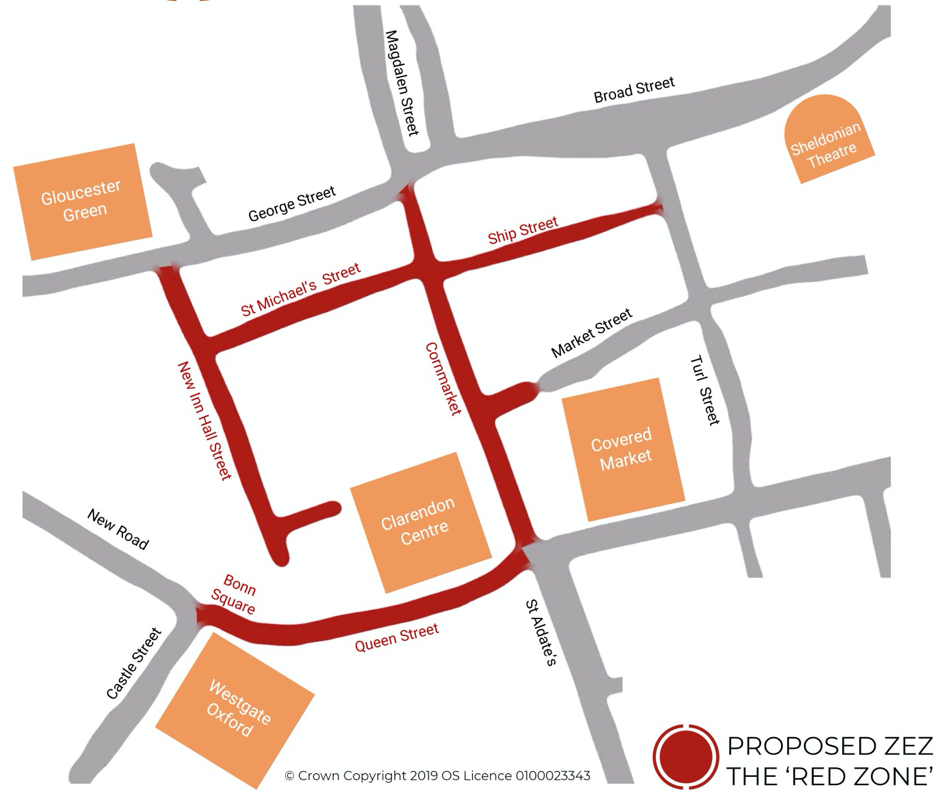 To be able to drive in the inner Red and outer Green Zones of the city centre free of charge, commuters would need to do so behind the wheel of a zero-emission vehicle. Just as we’re proposing discounts and exemptions for some road users for the Red Zone from 2020, so there could be similar exemptions and discounts in the Green Zone from 2021 or 2022. We intend to further develop proposals for both zones and the details of how the Green Zone could work are subject to further consultation. 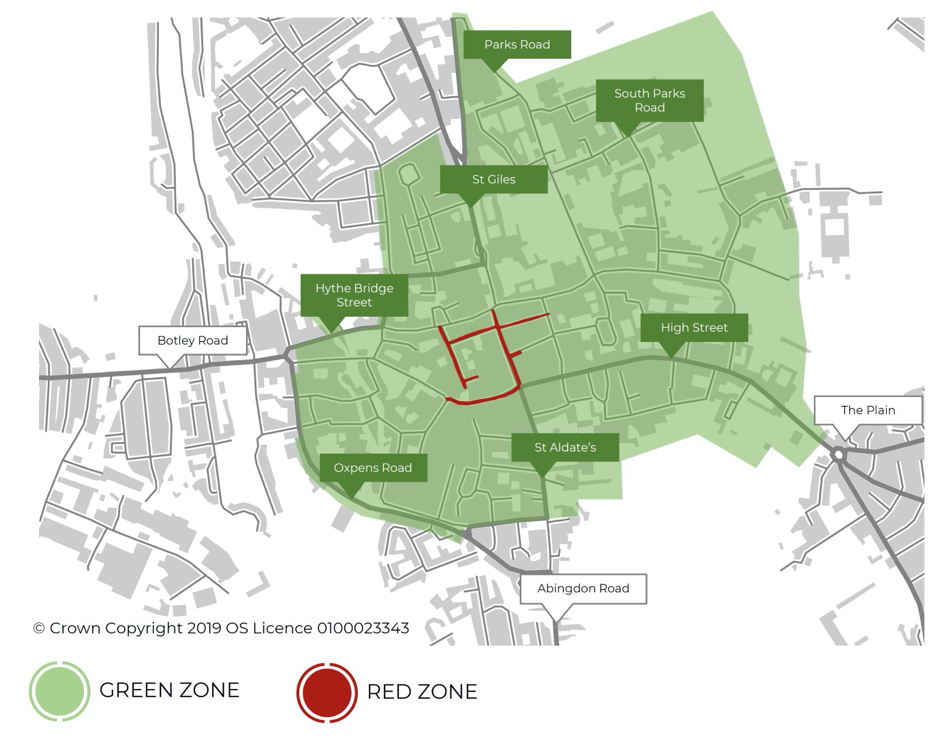 We’re proposing a Zero Emission Zone because the Government’s course is either non-existent or vaguely proposes action far in the future. The Government say that they will ban the sale of new petrol and diesel vehicles from 2040, but this is much too far into the future for that important step to be taking place. Other countries are going further and faster and, because our Government won’t, we’re trying to create this change at our local level.

On behalf of the City Council, I’ve been calling for that ban to come forward to 2030 and for owners of diesel and petrol vehicles to be supported with a scrappage scheme. This call is backed by Oxford’s Citizens’ Assembly on Climate Change—50 randomly selected people who were deliberately representative of the city we all live in. That same Assembly backed the future creation of a citywide zero emission zone, and our updated plans set a course to do just that by 2035 at the latest—five years earlier than the Government’s proposed ban.

Both councils have been working to support zero emission transport in Oxford and have been upgrading our own fleets to zero emission. The City Council’s wholly owned direct services company, Oxford Direct Services will electrify at least 25% of their fleet by 2023. The City Council currently has 50 hybrid and electric vehicles in its fleet and this has contributed to the reduction of the Council’s emissions by 40% in the last five years.

Projects to support the Zero Emission Zone include facilitating a £41m trial of a giant battery to store grid energy and power thousands of electric vehicles via rapid charging stations, £128,500 towards testing of low cost innovative air quality sensors to map air pollution and exposure, £122,500 towards advice for businesses on zero emission delivery and servicing solutions, £500,000 towards electric charging points for hackney carriages and private hire vehicles, and £2.3 million towards electric and low emission buses.

In the early years of the last century, Oxford knew how the story of horse pollution would pan out. In the early decades of this century, we know how the story of fossil fuel car pollution will pan out. With our strengthened ZEZ, hundreds of electric vehicle charging points, measures to cut congestion by as much as 40% in parts of the city, and new funding streams for new bus services, our medieval city is leading the transportation revolution and bringing to life more liveable streets for everyone.

2020 will be a crunch year for our climate and all our futures. Our hope is that the ZEZ does at a local level what the Government won’t take steps to do—clean our air, protect health, decarbonise society, and shape a decade where things started to get better for everyone.