Mike Franks is a longtime SERA member with an interest in energy politics. Early this century he helped to establish the sustainable development monitoring framework for the North West, and subsequently worked as a spatial and demographic analyst for Oldham. Mike attended COP24 as an observer for the Manchester based ‘Campaign for a Hydrogen Economy’. 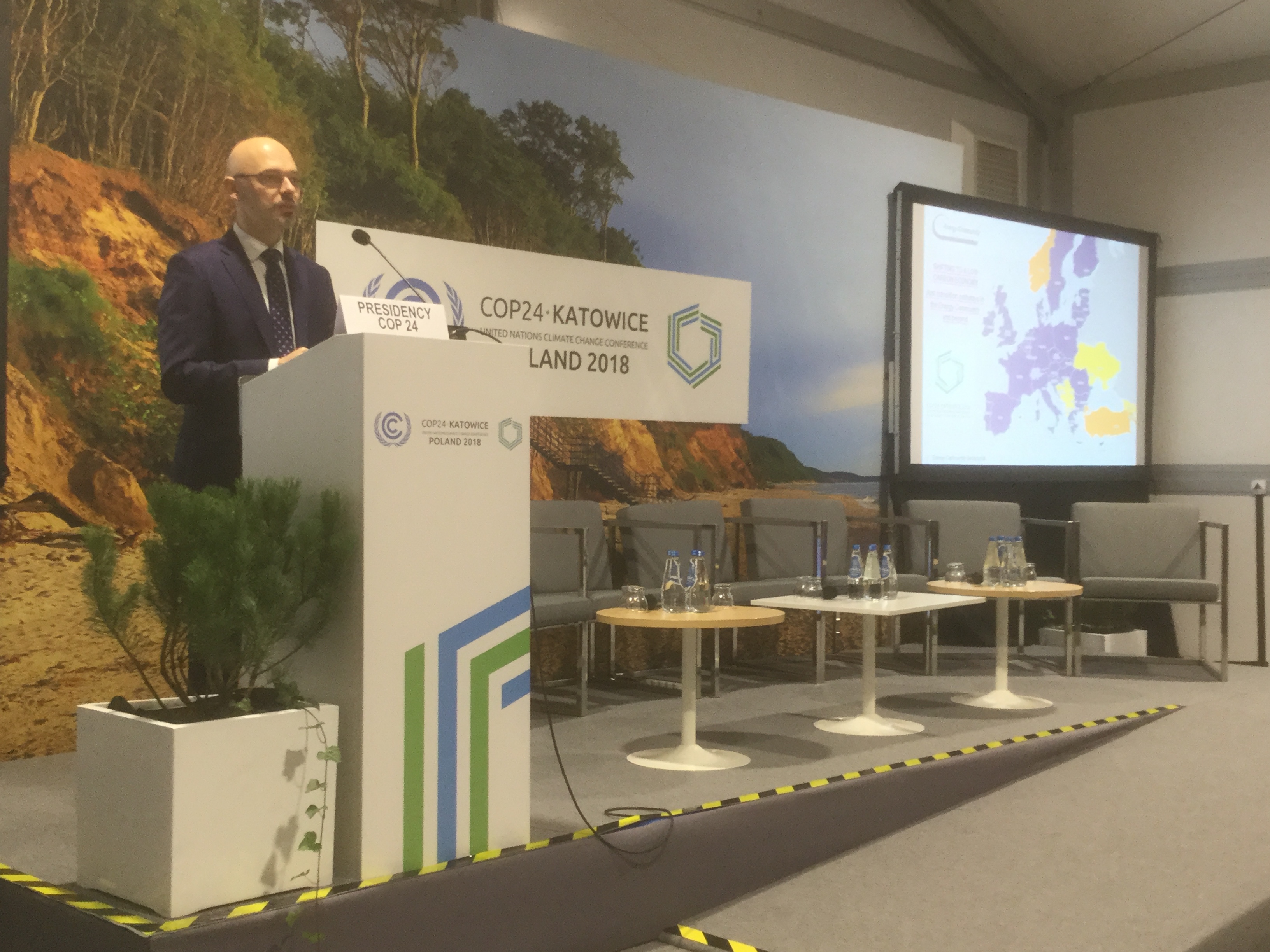 The opportunity of observer status for the second week of COP24 seemed to be somewhere between a short straw and a hard place. Would it be any more than a talking shop? Would anything really be achieved? Katowice in Silesia, southern Poland is the centre of its coal industry. Moving away from electricity production using coal in line with its Paris Agreement commitments, Poland’s Energy Minister and COP24 President Michal Kurtyka was pleased to announce development of the Baltic gas pipeline along with its neighbours.

It seems producers are loath to lose their cash cows, and the path away from fossil fuels is a painfully slow grind. The US, Russia and Saudi Arabia together ensured that a statement welcoming the IPCC Special Report[1] on the urgency of reducing greenhouse gas emissions to keep within 1.5oC rise in temperature above pre-industrial levels, was simply noted.

There were though some positive moments. Connie Hedegaard cited IRENA[2] and the growing role of renewables in national policies. Hans-Josef Fell launched a report[3] on how Europe can achieve necessary emissions reduction by generating electricity entirely from renewable sources. No emissions gap, thus no requirement for carbon capture and storage. Only political will is needed. A further study on how this can be achieved globally will be published in February 2019.

Also recognising that current arrangements were not up to the task of tackling climate change, the OECD[4], World Bank and others urged a ‘reset’ of the financial system in line with long-term climate risks and opportunities. They suggest ensuring fiscal sustainability for a low-emission resilient future requires inclusive and just transition, and rethinking infrastructures to protect life and biodiversity. Yet others including Nicholas Stern were there to promote carbon capture and storage as the only way to fill the global emissions gap, apart of course from reducing emissions.

Disappointed that a workshop on the potential for energy storage technologies was cancelled with no explanation it was however good to see Japan was embracing hydrogen as fuel and as a storage vector[5] [6].

Chilling and uplifting by turns, Al Gore remains optimistic saying we don’t have the luxury of time for despair. His impromptu presentation to a packed audience had shocking real time footage of the collapsing Antarctic ice shelf, warnings of extreme temperatures, wildfires, worldwide water cycle disruption, droughts, downpours, desertification and mass migrations. Conversely he asserted, half of all buses will be electric by 2025, California and Washington state carbon free by 2045, solar panels and storage will be transformational, and globally many cities and companies target 100% renewables.

Encouragingly, a new international network was launched to tackle the grossly large subsidies for fossil fuels[7]. Michelle Bachelet (UN High Commissioner) placed human rights at the forefront of climate change talks highlighting the need to protect those threatened by environmental degradation, and El Salvador has proposed[8] a Decade of Ecosystem Restoration.

In a session on the Powering Past Coal Alliance[9], Canadian Energy Minister Catherine McKenna recognised the need to involve workers, trade unions and communities in the transition away from coal. Claire Perry (UK Energy Minister) then declared offshore wind to be comparable in price to new gas plants, launched a ‘utilities task force’, made a bid to host COP26 in 2020 and announced Cornwall, Great Yarmouth and Hull are to be centres for green jobs employing more people than in the aerospace industry. Attempting to deflect a heckle from the floor over the UK government’s support for fossil fuels and fracking, Claire Perry at first dismissed it as a rude interruption, changing tack to admire the passion of other hecklers who raised concerns. These were primarily about DRAX, contesting government subsidy and questioning its sustainability and scalability. Was this the spirit of the Talanoa Dialogue[10] in action?

So what was achieved and was it enough? COP24 eventually managed to agree a rule book for implementation of the Paris Agreement, but did little to address the urgency of reducing carbon emissions. The IPCC Special Report warns against future reliance on large-scale removal of carbon dioxide rather than considerably reducing emissions before 2030. We cannot wait until then to see how much of a positive impact a decade of ecological restoration may have had. It is a matter of political will to adopt zero carbon technologies now. In the words of Al Gore political will itself is a renewable resource. Let’s make that happen.