Luna Williams is the political correspondent at the Immigration Advice Service, an organisation of immigration lawyers which offers free and full legal aid to asylum-seekers and refugees. Currently climate refugees do not have a right to refuge, Luna argues that needs to change to protect vulnerable people across the world who are taking the hit for humanity's collective mistakes. 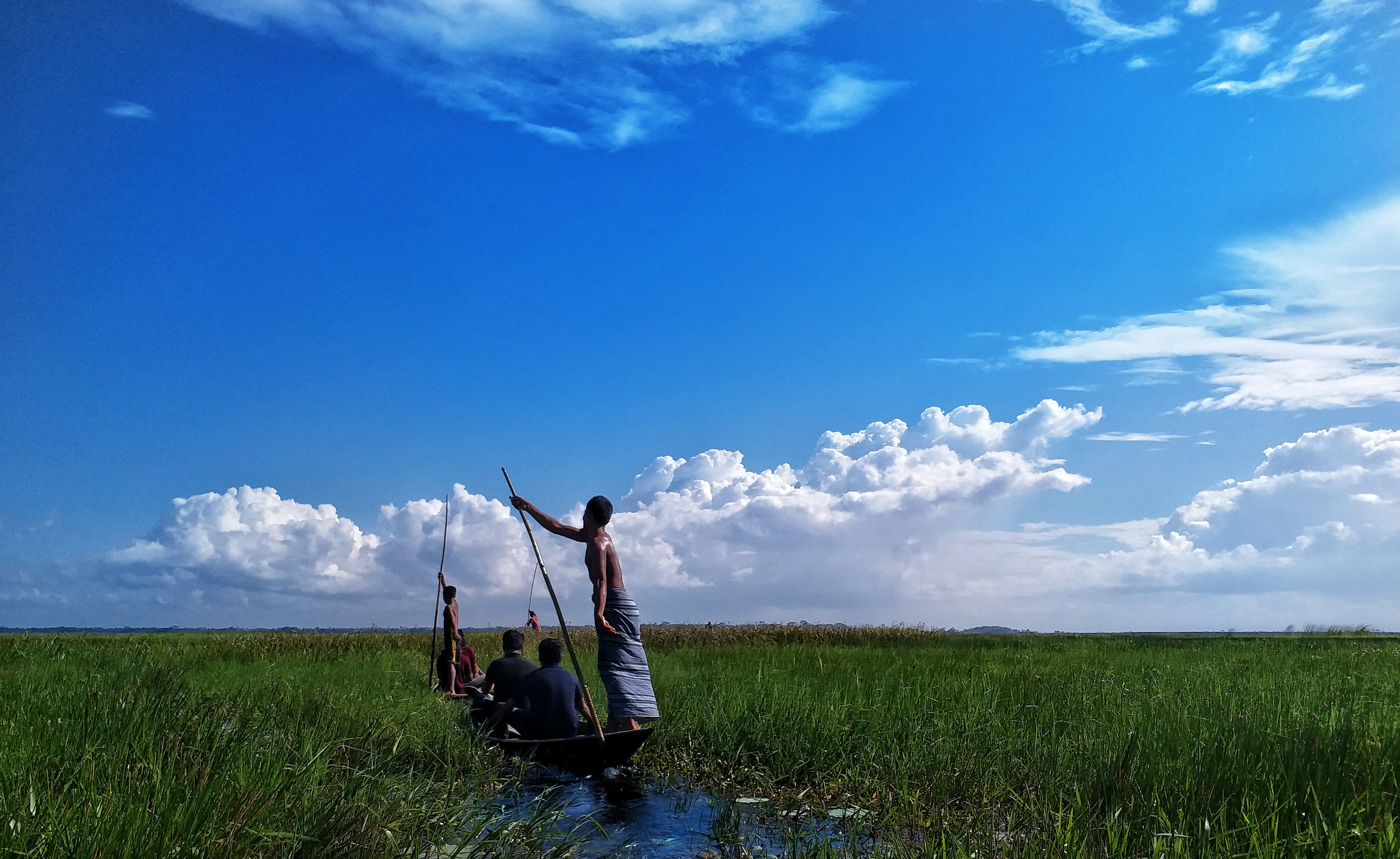 The Earth is heating up – and we only have eleven years to prevent irreversible damage being done.

That’s according to scientists and environmental researchers across the planet, including NASA, which has found evidence to suggest that global temperatures have risen by 0.8 degrees Celsius within the last 40 years. If temperatures continue to rise, NASA warns, the Earth’s climate will be permanently altered, and this will lead to dramatic changes in our environment.

We are already starting to see the impacts of climate change in our daily lives; record-breaking heat-waves, and rain-fall have ravished the UK over the past few months, uncharacteristic of usual British-summer weather patterns.

But across the world, the effects of climate change have been far less manageable.

In Bangladesh, which is one of the most vulnerable countries to climate change, rising sea levels – attributed to global warming and melting ice-caps in the Arctic – have caused a number of issues for residents, forcing more than 700,000 Bangladeshis to flee their homes in the past year alone.

This July saw some of the worst floods the country has ever seen, with more than 300 men, women and children losing their lives to them, either directly or indirectly (many died from water-borne diseases).

As well as the immediate threat posed by rising sea-levels, Bangladesh has also fallen victim to other, long-term affects of the issue, which have equally threatened the lives of families living there.

Along the coast lines, fresh-water sources have gradually become saturated with salt-water, causing massively increased saline levels in Bangladesh’s rivers and agricultural ponds. As a result, most species of fresh-water fish have died, and crops are unable to be grown. This has caused endless issues for fishermen and farmers living in villages and towns near the coast. Most have had to rely on the shrimp trade as their sole means of income, an industry which has been fraught with issues.

Equally, the lack of green vegetables, fruit, eggs, and milk – which are no longer widely available due to the lack of agricultural opportunity – means that Vitamin D and Calcium deficiencies are common. Because of this, children living in coastal regions are far more likely to develop rickets.

In every one of these cases, it is the poorest communities which have suffered the most. Working-class families who rely on the agriculture and fishing industries have lost work and are forced to compete with one another for the only other business in the area.

Low-income families are unable to afford imported food or supplements, so it is the children from these families that are the most prone to deficiency and disorders.

In the same way, during destructive cases of flooding or riverbank erosion, poorer families are also much more likely to be impacted as, in Bangladesh, low-income families live in the low-lying areas, closest to the water. These families are usually unable to rebuild their lives if their homes are destroyed, with many resorting to in-land slums and pop-up shelters when displaced.

This narrative is not unique to Bangladesh; across the seven continents, floods, droughts, and windstorms are reaping havoc in the most vulnerable communities.

Despite this growing cause for concern however, people displaced by environmental disasters and inhospitable conditions are still not protected by global refugee laws. The 1951 Refugee Convention (which is used by international asylum laws) establishes a legal category for refugees, but this does not extend to environmentally displaced people.

According to the Convention, a person can claim their right to refuge if they have a genuine and well-founded fear of persecution. This definition does not apply to climate refugees, as they are not being persecuted by nature, which does not have the capacity to persecute specific people or groups.

While this is the case, climate refugees remain unprotected, unable to claim their right to safe refuge in safer countries.

This urgently needs to be rectified. Either a new migration category must be opened to accommodate displaced people, or the traditional refugee model should be extended; until the protection gap is closed, vulnerable people across the world will continue to take the hit for humanity’s collective mistakes.