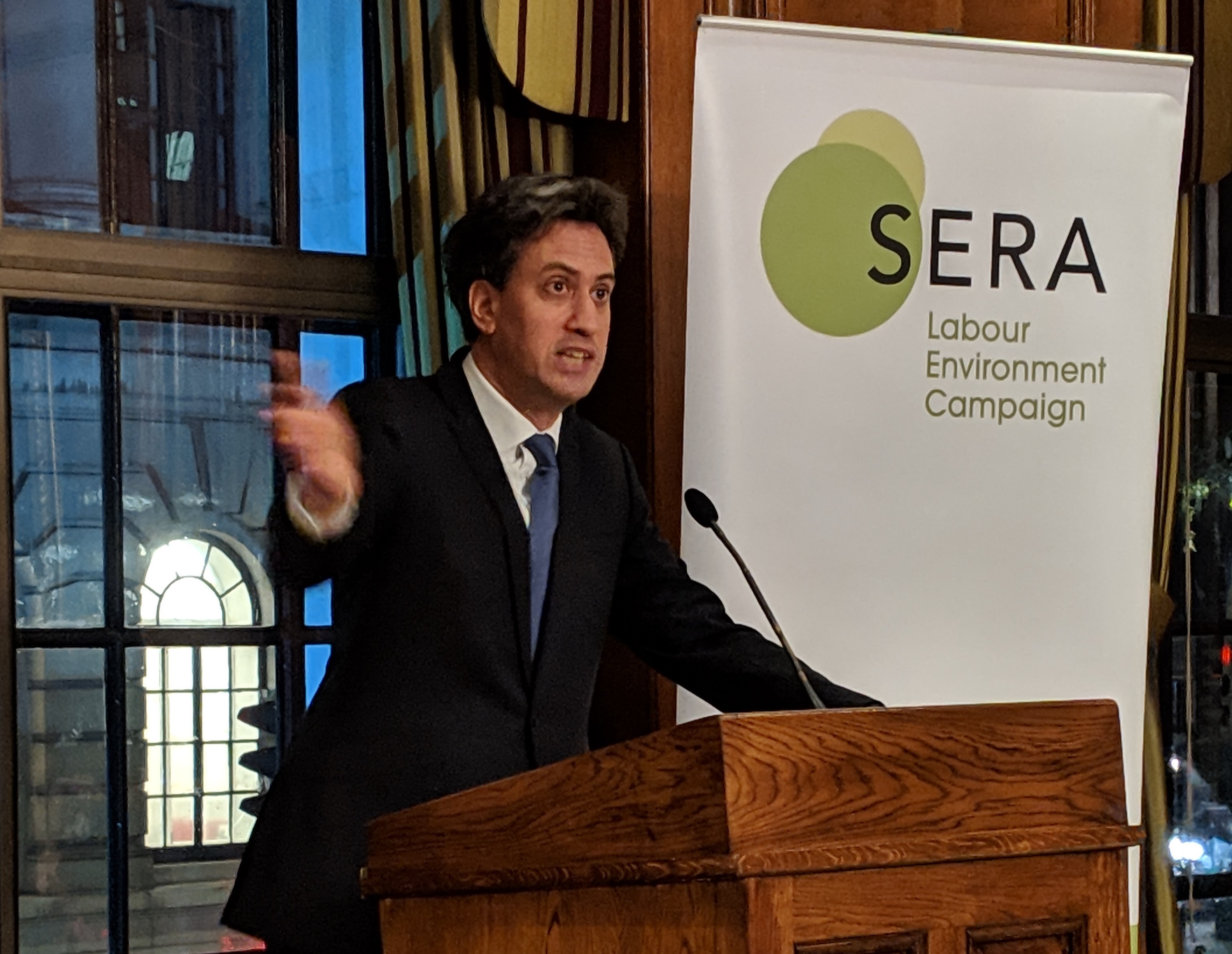 Speaking at SERA – Labour’s Environment Campaign’s reception marking ten years of the Climate Change Act, Ed Miliband argued for economic and social justice to be at the heart of environmental justice.

The Climate Change Act was the first of its kind in the world and provided legally binding, five-yearly targets for carbon reduction based on the latest science, with a long-term goal of an 80% cut by 2050. Labour are pioneers on the environment, from Attlee’s introduction of the National Parks to protect our countryside, to the Climate Change Act.

In the last decade progress has been made but much more is needed. Britain is not set to meet its carbon targets from 2023 onwards, which sharpens the need for renewed leadership today. Labour’s programme heads in this direction, including committing to net zero carbon by 2050, 60% low carbon energy by 2030, community energy, retrofitting homes, a green growth industrial strategy and Clean Air Act.

Ed Miliband said: “The Climate Change Act came about through the advice of experts, cross-party consensus, key people including Hilary Benn, John Hutton, my brother David and others. It was also down to civil society, as well as SERA, Friends of the Earth and other green organisations, and that is something to celebrate”.

“Economic and social justice needs to be at the heart of environmental justice. Too often the environment has sat in a separate box, but we haven’t shouted enough about the 300,000 new skills jobs and the just transition. Trade unions must be at the centre of green industries”.

"On powerful interests - 25 companies, state-owned, publicly listed or privately owned are responsible for 50 percent of carbon emissions. One hundred companies are responsible for 71 percent of carbon emissions. We need public pressure, we need to look where governments invest their money, and where the Bank of England puts its quantitative easing, because we've got to find a way to have an impact on those powerful interests".

“It is important to mark the act, but we must step up our efforts. This is way too low on the political agenda given the facts we know. We have 12 years to bend the curve of carbon emissions. It is now we have to act”.