CCS is crucial for a green industrial revolution

Rebecca Bell is Vice-Chair of SERA Scotland. She tweets at @MissBecsBell and in this article argues that carbon capture and storage can open the door to a zero-carbon future. This piece was initially featured in the latest issue of our publication, New Ground. 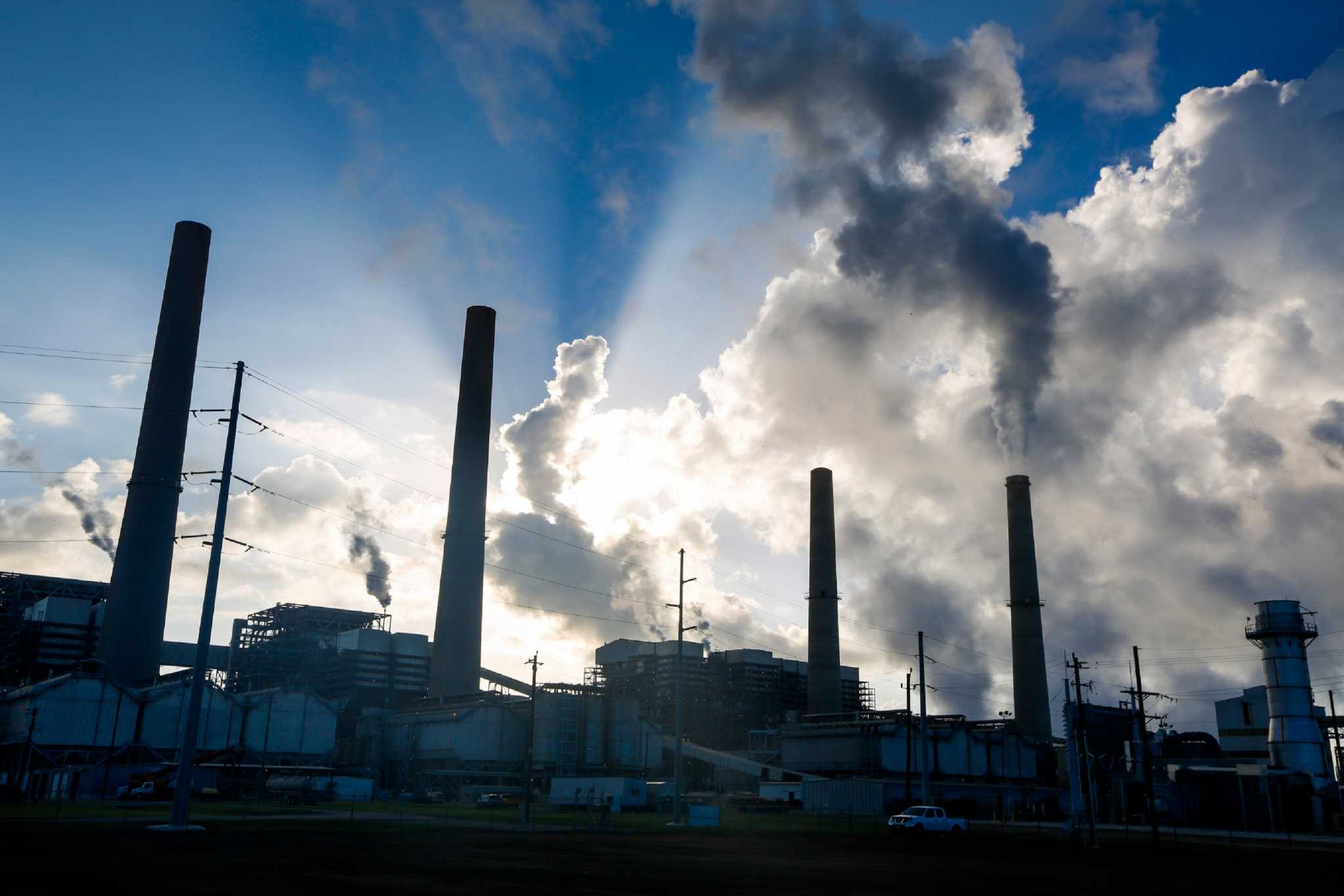 I feel I need to get this out of the way: carbon capture and storage (CCS) isn’t popular, and a lot of people think it isn’t necessary.  I used to think the same way – that it was just a way to keep fossil fuel power going, that all we needed was more renewables, and that CCS is too expensive and not technically proven.

As with many things, it’s a bit more complicated than that.  The turning point for me was when someone explained all the ways that CCS can open the door to a zero-carbon future.  For a start, CCS isn’t just about power; in fact, it’s barely about power at all. CCS is primarily about industry: greenhouse gases are an unavoidable result of industrial activity, and CCS  enables factories to manufacture goods without emitting CO2. It also has a role to play in producing hydrogen from methane, which has the effect of providing an energy vector that can power cars and heat homes, without giving off any CO2 when it’s used.  Finally CCS will enable ‘negative emissions’, either by removing CO2 from directly from the air, or removing it indirectly from the atmosphere by capturing CO2 that has been stored in plants through photosynthesis, which are then used for things such as fermenting, distilling or bioenergy.

CCS describes a set of technologies for capturing, transporting and securely storing carbon dioxide.  Capture involves removing the CO2 from a stream of gases, using chemicals, membranes or solid materials that separate the CO2 from the other gases that are present. The pure CO2 is then compressed and transported to a storage site – this can be done by pipeline (in much the same way that North Sea gas is brought ashore), or, for smaller amounts, by ship or rail.  The CO2 is finally injected into porous, permeable rocks, over a kilometre below the seabed, where it is held in place, permanently, by a combination of surrounding, impermeable rocks and chemical reactions. Much research has been done, and continues to be done, to prove the security of geological CO2 storage and to enable leaks to be detected – the UK has some of the best understood geology in Europe, and a very clear idea of how CO2 behaves in the subsurface, so we can be confident that storage will be permanent.

Part of CCS’s image problem is due to the reasons the Conservative government gave for cancelling CCS funding in 2015.  CCS is expensive, yes – in the sense that it is cheaper to just pollute the atmosphere with carbon dioxide than it is prevent that pollution happening; it certainly isn’t more expensive than cleaning up the environmental and social damage caused by climate change.  It’s also expensive in the sense that any new endeavour will be expensive when it is done for the first time – as CCS is put in place, costs will come down.

Carbon capture and storage has to be central to Labour’s plans for a green industrial revolution – otherwise the UK won’t have any industry.  Industry as it is today simply cannot operate in a net-zero carbon world – and the party’s goal of increasing the UK’s manufacturing base and ending reliance on imports would only exacerbate the problem, if a way of deeply cutting emissions isn’t used.

Industry accounts for around 20 percent of the UK’s greenhouse gas emissions, and industrial emissions of CO2 can be categorised in two groups: emissions from fossil fuels, and process emissions.  Fossil fuels are used where high temperatures are needed, for example in glass furnaces: they are burned to provide this heat, and emit CO2 (and other gases).  With fossil fuel emissions, energy efficiency is an obvious first step, but it can only marginally reduce emissions, unless the factory was very inefficient to start with.  There are also options to use a different energy source, such as electricity, which would provide the heat with the CO2 emissions, as long as the electricity was from renewable  – and this could mean conflicts with other growing electricity uses, such as for cars and home heating. Electrification – and the factory redesign that would have to come with it – would be expensive, and it might not even be possible for very high temperatures.

CCS, on the other hand, would enable an existing factory to use its existing processes, with additional plant to capture the CO2 they give off.

Process emissions – such as the CO2 that is given off as part of the process of converting limestone to lime for cement – are harder to deal with, as they are integral to manufacturing operation.  In the case of cement, around 50 percent of emissions are from the calcination process – and cement accounts for around 8 percent of greenhouse gas emissions globally. The only option for decarbonising process emissions is to use CCS to prevent the CO2 reaching the atmosphere – or ceasing production.

As well as being an enormously high-emitter, cement is an essential product: without it we can’t have homes, infrastructure or renewable energy, and it makes sense to make it in the UK rather than import it. Steel is similarly essential, and also high-emitting: another product where low-carbon, UK manufacture would be preferable to potentially high-carbon imports.

Another major industry with process CO2 emissions is petrochemicals – and protecting this industry with CCS butts up against issues around single-use plastic and throwaway products.  This is where difficult decisions need to be made about the kinds of industry we prioritise – and for the sake of the planet, those decisions can’t be left up to the market.

The UK needs an industrial strategy – it needs a clear direction, and a clear vision of the kind of industry, and the kind of economy we want to see.   This means making decisions about which industries we retain, and which we allow to decline – accompanied with a clear plan and action to help workers transition to low-carbon, well-paid, unionised jobs.

The UK simultaneously needs rapid roll-out of CCS to decarbonise its industries, and to enable new industrial production to be low-carbon from the start.  CCS infrastructure – to take the CO2 away from the factory gate to be stored securely and permanently – needs to be available for all industrial plants to connect to, just like waste collection and sewerage.

Fortunately, Labour is ideologically in the right place to develop this: experts have shown that public investment in, and public ownership of, the transport and storage infrastructure is the most effective way to get it in place.  Unfortunately, the party in government is unwilling to take on the public investment that is needed, and is instead wasting time searching for a different business model that might work. In the meantime, greenhouse gas emissions are rising, and our chances of limiting global temperature rise to 1.5C are shrinking.

The UK has an opportunity with CCS that governments have failed to grasp with renewables – the opportunity to build a supply chain and a body of expertise that can be exported around the world.  Every country with industry or fossil fuel power generation is going to need CCS in order to comply with the Paris Agreement, and UK engineers, geologists, chemists and manufacturers can be the people to provide it.

Storing CO2 in offshore geological formations – including depleted oil and gas fields – will need broadly the same skills and people as exploring and taking out the oil and gas in the first place.  This means that rather than losing their jobs as production winds down, and having to retrain in a new field, offshore oil and gas workers can transition from extraction to storage. Likewise, workers in high-emitting industries, and the supply chains that depend on them, can be secure that their jobs will be able to continue in a net-zero future.  New jobs will be created in the global CCS supply chain, and in industries - whether privately or publicly owned – that locate in the UK in order to take advantage of the infrastructure that allows low-carbon production.

There is so much to be gained from investing in CCS, and in our manufacturing future.  The sooner we get started with CCS, the sooner we will reap the benefits. The longer we wait, the harder it will be to meet the global climate goals. A green industrial revolution and a just transition need to start now – and I hope to see CCS at its heart.