Britain and the Sustainable Development Goals - Let's get it done!

Hugh Atkinson, distinguished Research Fellow, Schumacher Institute and a member of SERA and Croydon Central Labour Party writes for SERA on the opportunity the Sustainable Development Goals hold for supporting our planet and the lack of government response to this opportunity. 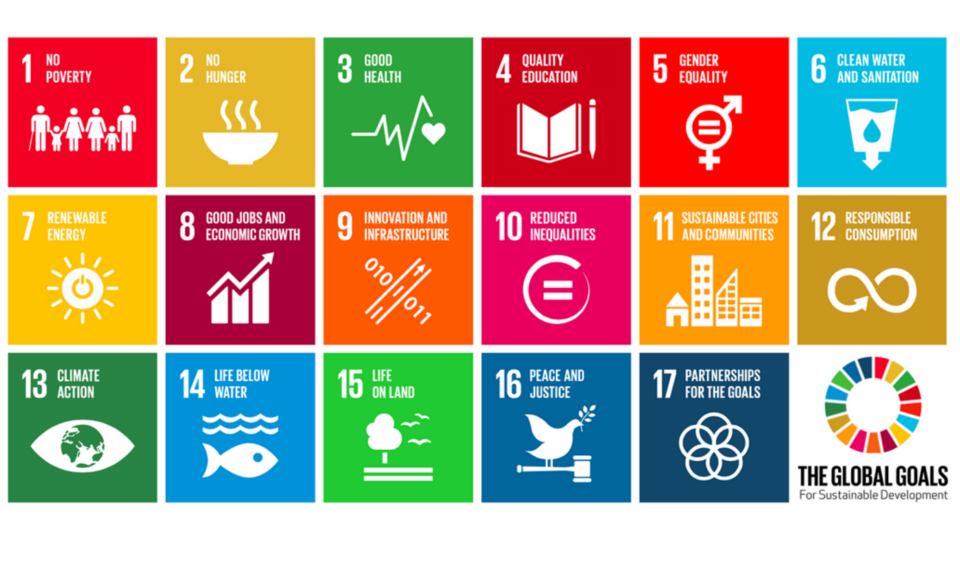 On 25 September 2015, 193 members of the UN signed up to the 17  UN Sustainable Development Goals  They are ambitious in scope and taken together, they represent a real opportunity to develop a global strategy to fight poverty and global inequality, and to tackle climate change and protect the environment. Unlike their predecessor, the Millennium Development Goals, the Sustainable Development Goals (SDGs) are universal, with a focus on all nations, not just those in the developing world. All the governments of the world have therefore an obligation to implement the SDGs.

The SDGs include a number of specific and key environmental goals. SDG 6 and SDG 7 focus on clean water and renewable energy respectively. SDG 13 calls for concerted global action on climate change. SDGs 14 and 15 draw our attention to the urgent need to protect life below water and life on land. Taken together, they represent a crucial step forward in global attempts to support planet earth.

However, we must be very careful not to view such environmental goals in isolation. What the SDGs do is to look at the challenges for planet and people in a holistic and systems way. We cannot, for example, hope to tackle the issue of plastic waste clogging up the world’s oceans without a clear focus on responsible consumption and production (SDG 12). Crucially, any strategy to better our environment must be done in conjunction with policies to reduce inequality (SDG10). Across the globe, it is the poorest who have the most to lose from environmental degradation.

So how is the United Kingdom (UK) government getting on with the SDG agenda? It is worth noting that the previous UK Prime Minister, David Cameron, co chaired the High Level Panel which set out the framework for the SDGS. For the NGO co-ordination body,         BOND  for International Development, the UK has a clear opportunity to lead the way in the implementation of the SDGs. So far, however, the UK government has largely failed to grasp this opportunity. In this context we cannot ignore the implications of Brexit, both in the way it has crowded out debate and discussion across a range of policy areas (the environment included), but also the threat it poses to a number of key environmental standards brought in by the European Union and the UK government over the last  3 decades. The SDGS provide an important framework to put the protection of the environment and social justice firmly on the policy agenda.

The UN 2030 Agenda for Sustainable Development calls on all member states to develop national strategies on the SDGs as soon as possible and to conduct regular and inclusive reviews of progress at the national and sub national levels. The UN argues strongly that such reviews should draw on contributions from a broad range of stakeholders. The need for nation states to take immediate and substantive action on the SDGs is all too clear. Climate change is accelerating extreme weather events with the recent hurricanes in the Caribbean and the monsoon floods in Asia being just some of the latest examples. It is the poor and the most vulnerable that suffer most from such events. There is no time to waste. There is no excuse for inaction.

Let us look at the evidence. So far 44 countries have so far reported on their progress with the SDGs. A further 66 are committed to do so in 2018. The UK is notable by its absence. This is not a promising start from the world’s fifth largest economies! A recent report by the House of Commons UK Environmental Audit Committee delivered a highly critical account of the UK government response to the SDGs. Among other things, it highlighted the lack of ambition and leadership in relation to the SDGs and the failure to take them forward into the domestic policy agenda.

A key problem in the UK context is the lack of a co-ordinated policy response to the SDGs. For example the Department of Environment, Food and Rural Affairs (DEFRA) acts as the lead department on sustainable development and the Department for International Development (DFID) acts as the lead department on the SDGs. This presents us with a real problem as such a departmental structure appears to assume a neat separation between domestic action on sustainable development (DEFRA) and international action on the SDGs (DFID).  But the two areas are closely interlinked. In any case one of the key principles of the SDGs is that they require both a domestic and an international policy response. It is not clear whether the UK government actually gets this. The SDGs offer a real and substantive opportunity for a new policy approach which moves away from the strictures of neo liberalism. Such a policy approach could be central to rebalancing the economy and promoting social mobility and equality.

There are good examples out there in mainland Europe which the UK government would do well to follow. Finland, for example, has a co-ordination secretariat for the SDGs that sits in the Prime Minister’s Office. At its annual meeting in the German city of Dortmund in September 2017 the European network of Regional Centres of Expertise in Education for Sustainable Development (endorsed by UNESCO and accredited by the Institute of Sustainability Science at the United Nations University) made a commitment to make the SDGs the central focus of their work over the next two years. Nearer to home, in a UK context, the Welsh Assembly has passed the Well Being of Future Generations Act which requires action towards sustainable development from public authorities and links this directly to the SDGs. Scotland was one of the very first governments to make a commitment to the SDGs. It has taken this commitment forward through its National Performance Framework and the Scottish National Action Plan for Human Rights. Yet it is not clear at the moment how the wider UK SDG process will take account of action in the devolved nations. This has to be dealt sooner rather than later.

The SDGs offer a significant opportunity to the UK government to make key changes to how it does politics and economics on both the international scene and in the domestic arena. So far it has not made a good start to put it mildly. But we should not be too down hearted. There is a wealth of talent in the UK, at both government and non government level which if put to good use, could transform the way the government sees the SDGs. UK local authorities and municipalities in particular can bring dynamism and innovation to the SDG process in similar manner to Local Agenda 21 of the 1992 Rio Summit. The United Nations University  UNU  has argued that the SDGs are a tool to hold governments to account. The UK government is no exception to this. Let’s get it done!