Marvin Rees is the Mayor of Bristol. He tweets at @MarvinJRees. 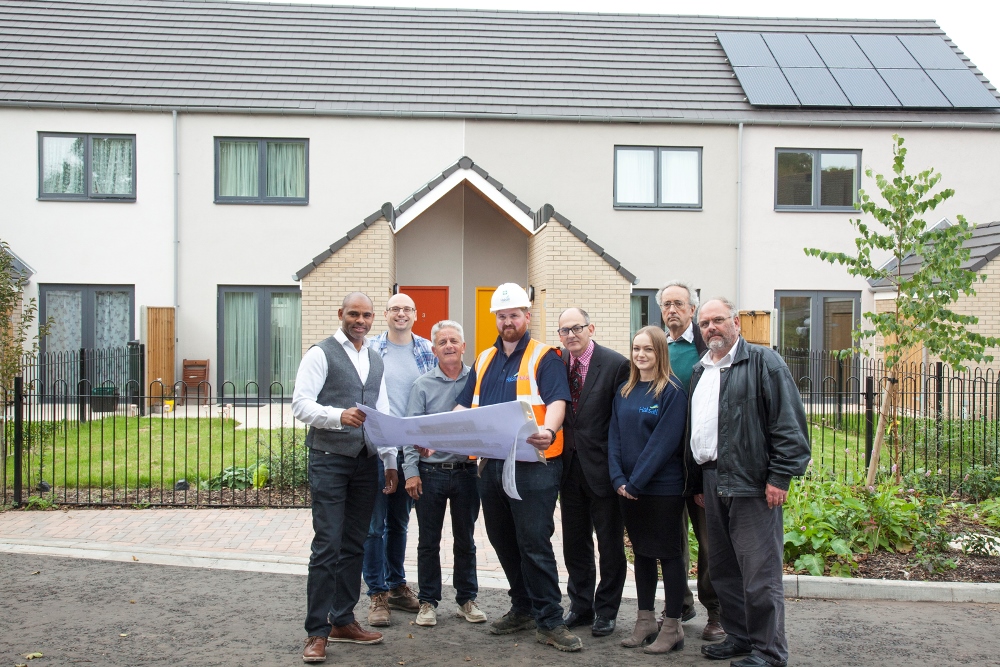 Earlier this year, Jeremy Corbyn highlighted the ‘first shoots of the renaissance of local government for the many, not the few’. Perhaps nowhere are these shoots greener than in Bristol.

Bristol was one of the first local authorities to own a wind turbine, amongst the earliest to set up a council-owned energy company providing 100% green tariffs, and the only UK city to spend a year as European Green Capital. And, now, with a majority for the first time since 2003, we are building on Labour’s legacy in Government, including implementing the Kyoto Protocol through the Climate Change Act. With a Green Party in name only here – one which votes with Tory councillors against some £14 million of our capital investment in clean energy while supporting developments which would have worsened already illegal air quality for some of the poorest Bristolians – my all-Labour administration are at the forefront of action against climate change.

No more immediately do these causes of social and environmental justice intertwine than in the case of fuel poverty. My administration has installed district heating systems and is progressing plans for heat networks. We have placed new insulation in 20,000 council properties and are promoting fuel poverty projects across the city, which are saving Bristolians money and helping the environment. Solar power is being installed on new council houses as part of work which will see our ambitious pledge to build 2,000 new homes – including 800 affordable – per year by 2020 exceeded by almost 50%.

Since the local is also global, it’s worth saying the recent report from the Inter-governmental Panel on Climate Change has highlighted just how pressing the challenge of climate change is for our planet. Few people still doubt the proven science which conclusively shows just how much humans have contributed to what’s happening and the scale of the emergency we face. That’s why we have led efforts for the Avon Pension Fund to see climate change as a threat and better consider other environmental, carbon, and social risk through a comprehensive and long-term sustainable investment strategy.

At the recent Global Parliament of Mayors summit in Bristol, city leaders from six continents gathered with networks like the C40 Climate Cities Leadership Group to support the Bristol Declaration. It calls on national governments and international organisations to recognise that, without a fundamental shift of global governance to empower and include cities and regions, challenges like climate change will most likely go unresolved.

"Bristol is one of very few cities where bus use is growing, and we have placed the largest biogas bus order in the country to clean up our public transport"

I also used the GPM conference to bring together the leaders of all core cities and the metro mayors in one room for the first time. This produced a clear joint position across party lines, lobbying the Government for a £2 billion Clean Air Fund to equip local leaders with what’s needed to improve air quality. This builds on the record of local Labour councillors and community campaigners, who fought through every stage of the planning process to stop 48 diesel generators being built next to a nursery school in the city. New plans for a STOR plant in the same community will no doubt face similar opposition, backed by Bristol Labour. We are working on a range of options for a Clean Air Zone for Bristol, all of which will deliver compliance with the required standards within the shortest possible time. An Outline Business Case with a preferred scheme will be submitted later this year, followed by a consultation. At the same time, further bids to Government to implement a scheme and fund mitigation measures that will reduce the impact on specific groups. With responsibility already shifted from Westminster to town halls to address illegal air quality, the required resources need to follow in a package ten times larger than that which the Government announced in the Spring.

Bristol is one of very few cities where bus use is growing, and we have already placed the largest biogas bus order in the country to clean up our public transport while also retrofitting the oldest, most polluting vehicles to improve standards. We are leading regional work worth more than £7 million to invest in Low Emissions Vehicles, and have invested almost as much again in bringing the council’s own fleet of vehicles to standard. This was a key manifesto commitment and part of our progressive budget, which the so-called Green Party opposed along with the Tories and Lib Dems.

We are also leading efforts to deliver an underground/overground for Bristol, part of a philosophy which says that reliable, affordable, and convenient public transport is needed to reduce congestion on our roads. My administration is also exploring an expansion of rapid transit options, including on key arterial routes into the city. Alongside this, through MetroWest planning with partners, we are reopening old suburban train stations and building new ones across the city and region to give people more options for how to get around, starting the work of undoing the Beeching cuts. And, as a Cycling City, we are investing in 12 segregated cycling routes covering some 75 miles; facilitated the spread of hire bikes; and, to encourage cycling and also highlight our commitment to sport, brought the Tour of Britain to Bristol.

And, after successful soft market testing, Labour-run Bristol City Council has garnered almost £1 billion of interest in pioneering projects to transform how Bristol generates, stores, and utilises energy. 180 investors from all around the world, from the Japanese national bank to Warren Buffett’s Berkshire Hathaway investment vehicle, have sent in expressions of interest in the exciting City LEAP programme. As a council we met our carbon emissions reduction target early and have upped it and I am confident that, as a city, LEAP will enable the city of Bristol to be run entirely on clean energy by 2050, in line with our manifesto commitment. If Government steps up to provide the resources and powers we need – and only then – then we may well be able to bring this date forward by at least a decade.

I agreed with three-quarters of Bristolians that litter was a big issue for our city. Making our streets measurably cleaner was a key commitment of mine and has led to the Clean Streets campaign. This project has worked with scores of local primary schools and community groups to mobilise over 3,000 volunteers on litter picks. We have raised awareness, strengthened communities’ pride in where they live, and saved the council money all in one go. Campaigns on the city’s bus shelters have highlighted good work while also publicising increased enforcement efforts around littering, dog fouling (one of the cornerstone of local government work), and other environmental crimes. Offenders are now subject to new £100 on-the-spot fines, with 10,000 already issued since last year. Meanwhile, Council-owned Bristol Waste Company has installed covert CCTV cameras at fly-tipping hotspots, ‘spy bins’, and issued dozens of fly-tipping fines in the last month alone.

Bristol is also home to Kerry McCarthy, easily Parliament’s greenest MP. With her, we are working on a pollinator action plan for the city’s bees, pulling together an action plan around single-use plastics, and are exploring alternatives with other councils so that we can be able to phase out the use of glyphosate. Kerry’s pioneering work in Westminster around food waste and plastic pollution was ahead of its time, and has been backed here in Bristol by our administration. Bristol Waste’s award-winning pilot campaign saw the amount of food waste collected for renewable energy generation in parts of south Bristol increase by 87%, and has since been rolled out across the city. Alongside this, the Feeding Bristol pilot has achieved charity status and our efforts with city partners around food poverty saw 13,000 meals distributed to children this summer that might otherwise go without due to holiday hunger.

All of this good work is only possible because of the financial rigour which we have brought to the local authority. Just as there are no jobs on a dead planet, as we’ve seen from Northamptonshire and may well see from other Shires given the continued austerity agenda from national government, there can be scant investment in local services and projects without a financially sustainable council. Doing the boring well has enabled our administration to support and work with the city, and the green shoots of municipal socialism flourish.

More widely, we have been accredited as a Living Wage employer and reduced senior management by £1.6 million, again despite the opposition of all other parties. Labour-run Bristol is the only core city with a 10:1 pay ratio, a 100% council tax discount for our poorest residents and care leavers up to their 25th birthdays and full council tax on second/empty homes. Our pioneering Children’s Charter is inspiring cities the world over, and our transformation of adult social care will deliver the support which people want despite central Government passing the buck. With this, and the environmentally sound policies we have already delivered, across the board Bristol is up there amongst the most progressive local authorities in the country.