Brexit: Why we need a new Environmental Protection Act

Mary Creagh MP on why no deal is absolutely the worst deal for our country and environment, and why Brexit means a new Environmental Protection Act is essential 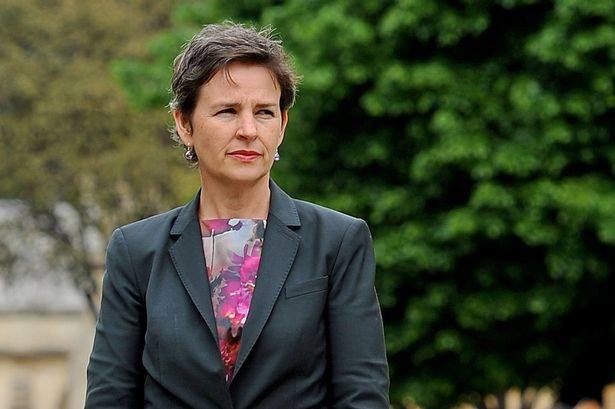 Theresa May’s speech on Brexit was an opportunity for her to set out her plans to put Britain’s national interest first as we leave the EU. Instead, in order to placate her backbenchers, she has put the country on a course that risks the UK “crash-landing” out of the EU, as Carolyn Fairbairn, head of the CBI has warned.

The Prime Minister has said no deal is better than a bad deal. But no deal is absolutely the worst deal for our country.

A disorderly hard exit from the EU would harm the environment, our farmers and rural communities. The cross-party Environmental Audit Committee, which I chair, found that changes from Brexit could put our countryside, farming and wildlife at risk. Protections for Britain’s wildlife and special places currently guaranteed under European law could end up as ‘zombie legislation’ even with the Great Repeal Bill. We recommended that the Government should safeguard environmental protections against Brexit with a new Environmental Protection Act.

Andrea Leadsom told my Committee that, even with the Government’s Great Repeal Bill, copying EU legislation into UK law will not work for up to a third of EU environmental legislation. There is a risk that EU legislation transposed into UK law will no longer be updated because there is no UK body to update it; will not be enforced because there is no body with the legal duty to enforce it; and will be vulnerable to being quietly dropped with minimal parliamentary scrutiny. And she did not distance herself from the calls from some parts of the Conservative party for a sunset clause in the Great Repeal Bill, which would see all protections removed if not adopted within five years.

The Birds and Habitats directives protect Britain’s iconic species and special places. But these key EU protections will no longer apply in UK law, even if the UK were to remain in the single market. This is why we need a new Environmental Protection Act, passed into law before we leave the EU. The Government must set out how they will provide an equivalent, or better, level of protection when we leave the EU.

Farmers and farm businesses, who account for a quarter of businesses in England, face a triple jeopardy from leaving the EU. First, the loss of subsidies from the EU’s Common Agricultural Policy, which makes up on average half of UK farm incomes. The Government have given farmers no guarantees that there will be subsidies after we leave. Some observers believe that without this support as many as 90% of farms would collapse.

Second, new free trade agreements could threaten incomes if they result in tariff and non-tariff barriers to exports. At the moment, 95% of British lamb goes to the EU. Leaving the EU’s customs union would result in a tariff on lamb of as much as 40%. Andrea Leadsom told the Oxford Farming Conference that farm exports to the EU will fall after we leave the EU.

Third, any new trade deals with the rest of the world, could lead to competition from countries with lower animal welfare, environmental and food safety standards. David Davis told Parliament that he will do “everything necessary” to protect the stability of the UK’s financial services sector. Even with those assurances HSBC has announced it will move 1,000 jobs from London to Paris, and UBS is considering moving jobs to Frankfurt. The Prime Minister gave a “letter of comfort” to Nissan, but there have been no such assurances for rural businesses.

These issues were not properly discussed during the referendum campaign. We were told that a vote to leave would enable us to ‘take back control’, but now we risk losing all control over our ability to tackle pollution. There is a risk that key EU food safety standards are traded away as part of new deals with Donald Trump’s America. The Environmental Audit Committee recently launched an inquiry looking at what Brexit means for chemicals regulations. It may not sound exciting, but the EU has ensured the chemicals used in everything from children’s toys to food additives are safe for consumers and workers.

I respect the result of the referendum, but if we see clear evidence that what the Tories are doing poses risks to our country, we have a duty to speak out. People voted for Brexit at no cost, not Brexit at any cost.

Theresa May’s strategy seems to rely on threatening the rest of the EU with the UK’s economic suicide, and a Brexit that would be disastrous for our environment, agriculture and rural communities. The absurdity of these threats reveals the weakness of her bargaining position. And like David Cameron before her, she seems intensely relaxed about making our country a great deal poorer to placate her own backbenchers.

This article will feature in the latest edition of SERA's quarterly members' publication, New Ground